Alfred and Eva Israel sit in a chair and baby carriage on the deck of the Usambara while en route to America from Germany. 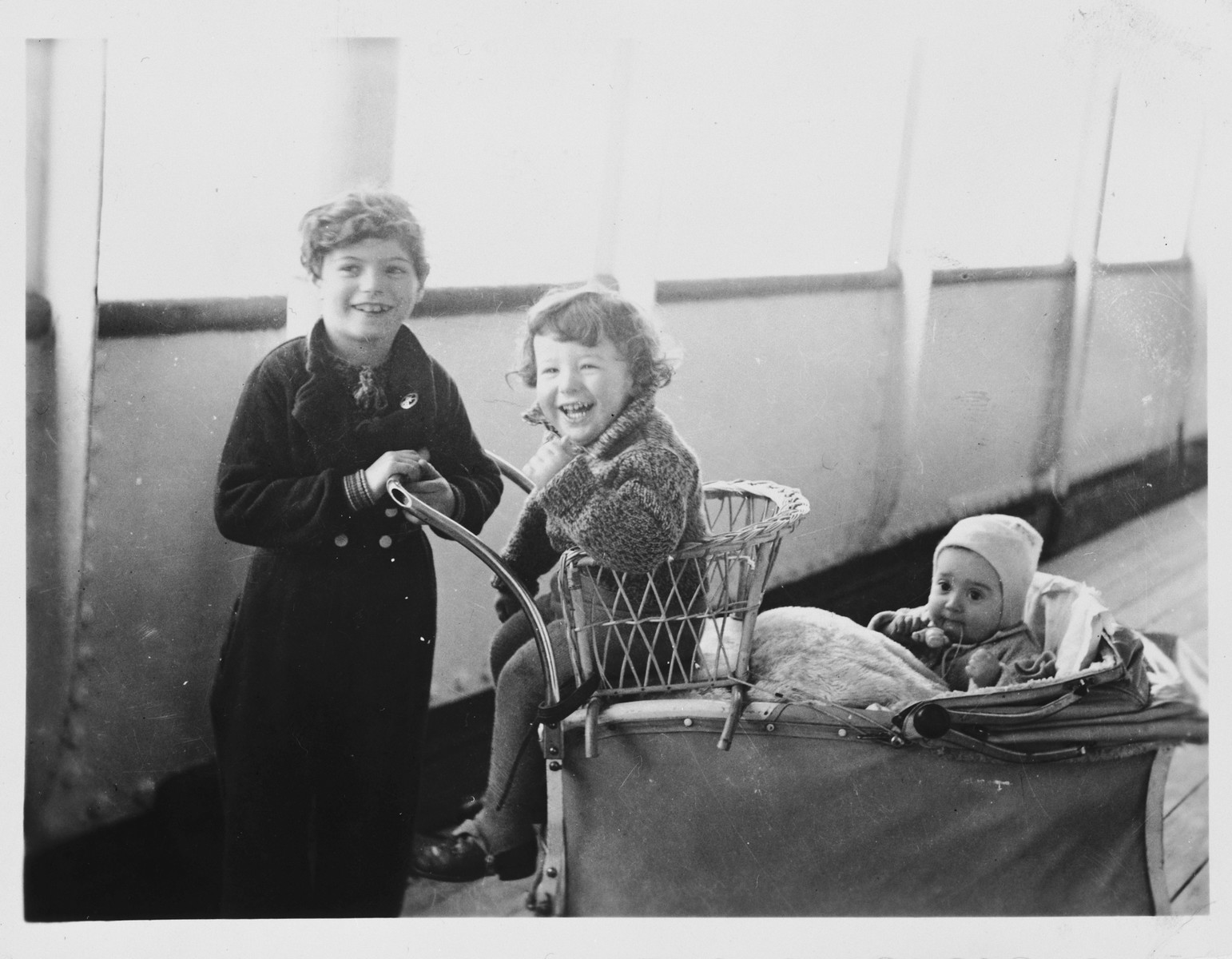 Alfred and Eva Israel sit in a chair and baby carriage on the deck of the Usambara while en route to America from Germany.

Biography
Eva Silverman is the daughter of Berta and Hans Israel. Her mother, Berta Spiro, the daughter of a prosperous merchant, Ernst Spiro and Clara Buchholz Spiro, was born in Oberhausen Germany on February 8, 1909. In 1916 Ernst was drafted into the army, and the following year, on March 29, 1917, Berta's younger sister Ilse was born. Less than six months later, Ernst was killed in action in Belgium. As a result of his death coupled with the severe economic disruption of the German economy, Clara was forced to sell the store and move with her daughters to a much smaller apartment in Nieheim, where her family lived. Since there was no high school in Nieheim, Clara sent Berta to the neighboring town of Detmold to continue her education. However, one year before her graduation, Berta learned that her mother had been selling off her good silver in order to pay for the tuition. Since she did not enjoy school did not want her mother to continue to impoverish herself, Berta dropped out of high school to learn a trade. She moved to Essen to live with an aunt and to learn to become a milliner. On weekends Berta went on excursions with a Jewish group, the Kameraden. After Berta received her certification she went to Hanover to live with her great uncle Siegfried Frankenberg. There she met Hans Israel, leader of the Hanover Kameraden. She later learned that he was a distant relative, and the two began dating.

Berta and Hans became engaged and planned to marry on July 27, 1934. The day before the wedding, Nazi thugs threw a rock through their window, disrupting the wedding plans. Instead they married two days later in a boarding house in Bad Pyrmont. They settled in Nieheim and their two children Alfred (b. 9/7/36) and Eva (b. 4/16/38) were born shortly thereafter. After Eva's birth, a neighbor's child reported that he had heard other children saying that they wanted to throw a rock through the window to kill the baby. Berta and Hans decided to leave Germany and asked a distant relative in Montgomery Alabama to send them an affidavit. Once they received her affidavit, they waited for their quota number to come up. In the meantime, Hans was arrested and sent to Buchenwald. Berta went to the American consulate in Hamburg who gave her a letter attesting to the fact that they had been promised a visa in the future. This paper was sufficient to obtain Hans' release from concentration camp. A soon as he was released, the family went to Flushing Holland where they boarded the Usambara for America. They arrived in New York on January 1, 1939.