Helen Gutwirth walks down a street in Belgium with Freddy, an orphaned relative form Vienna whom the Gurwirth family was helping. 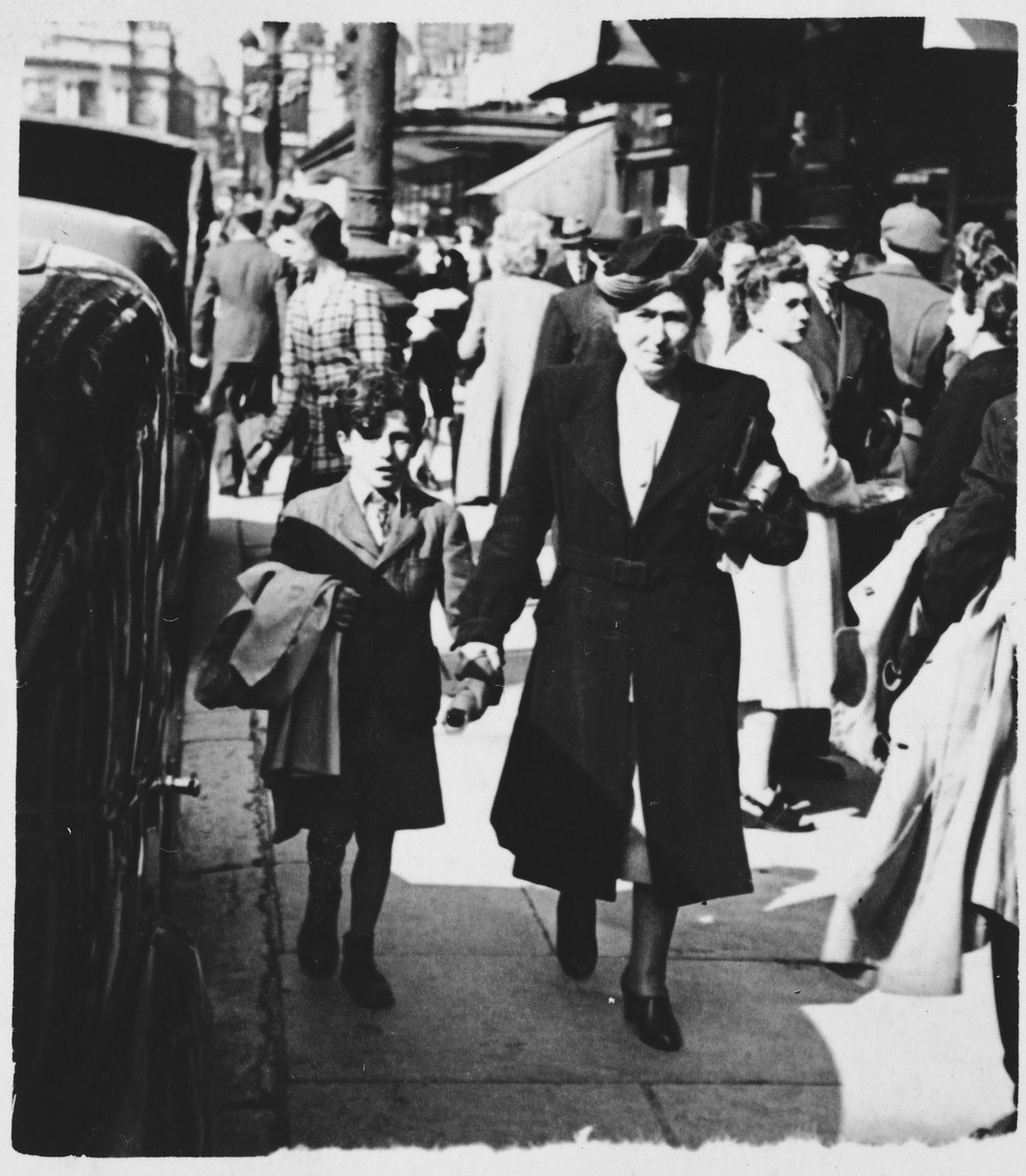 Helen Gutwirth walks down a street in Belgium with Freddy, an orphaned relative form Vienna whom the Gurwirth family was helping.

Biography
Azriel Evyatar (born Azriel Gutwirth) is the son of Helene Krengel and Elias Gutwirth. He was born on June 14, 1926 in Antwerp, where his father worked as a diamond dealer. Azriel's parents both emigrated from Poland; Elias was born in Brody and Helene, in Krakow. Azriel had an older sister Fanny (now Hadari), who was born in 1920. In Antwerp, Azriel attended the "Tahkemoni" school, a prestigious institution that taught Hebrew and Jewish religion in addition to secular studies. He was considered particularly gifted, especially in mathematics, and skipped two grades. After the German invasion of Belgium the Gutwirth family fled by train to the south of France. They settled in Mende, a small village near Montpellier, which they chose at random while studying a map of southern France. They remained there under the false family name of Goedweert until the end of the war. The family was able to support itself during the war by gradually selling off the contents of a small bag of diamonds that Elias took with him when they left Belgium. During this period Azriel was able to attend school at the College classique et moderne de Mende, and earn some money as an instructor. While working on a mathematics project in the college library, Azriel met a retired French admiral, Admiral de Majo, who was also a mathematician. De Majo took Azriel under his wing and gave him personal instruction for the rest of the war. After the war the Gutwirths returned to Belgium, and Azriel entered the Universite Libre de Bruxelles. He completed his Ph.D. in 1951 at the age of 25. While studying at the university he became involved in the Gordonia Zionist youth movement, where he met Hena Kohn. After their marriage the couple immigrated to Israel where Azriel taught first at the Beit Sefer Reali in Haifa and then at the Technion.