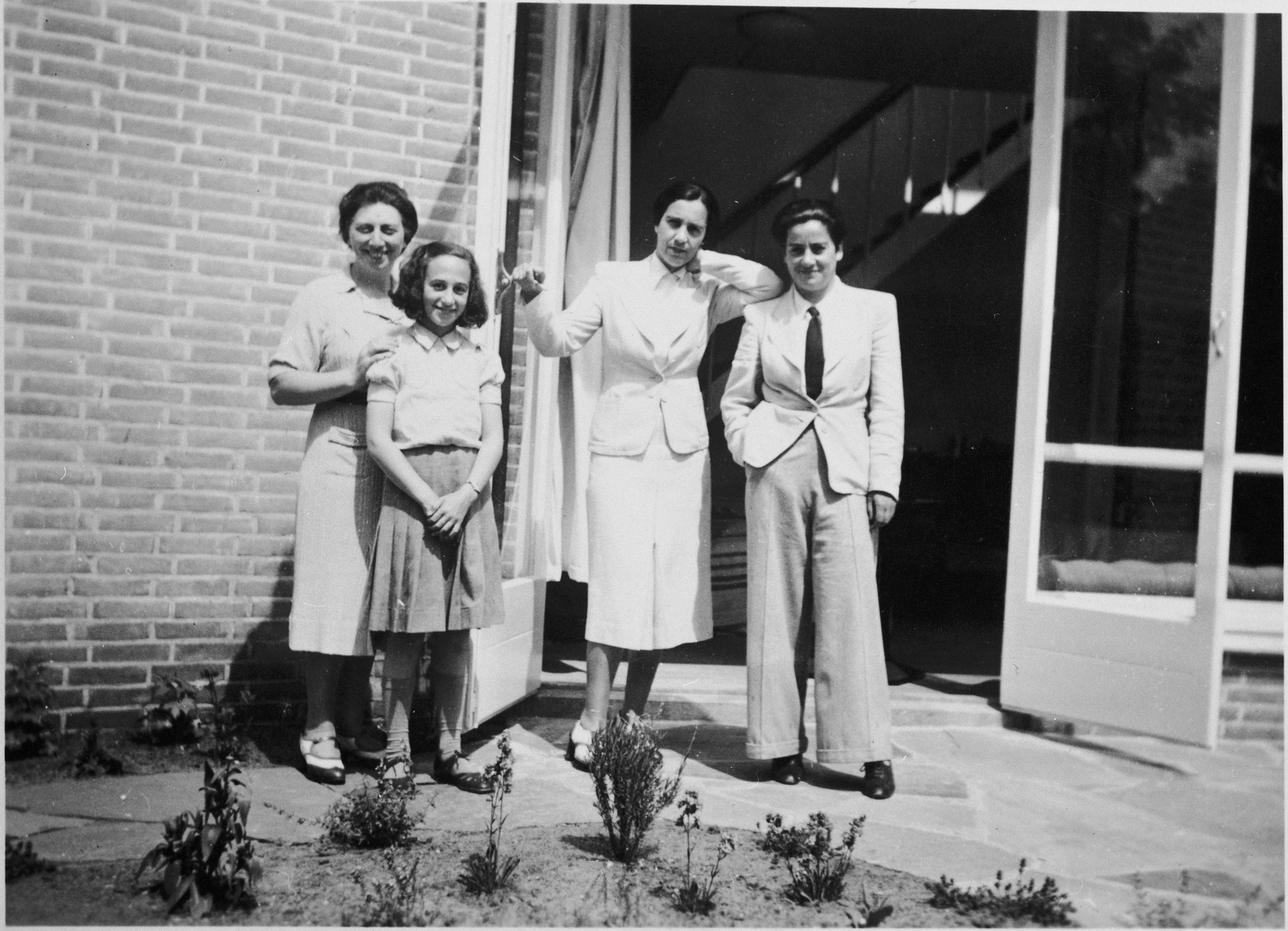 Pictured next to Frieda Belinfante is the painter Dorry Kahn. Belinfante later helped to find a hiding place for her and her family.