Members of Kibbutz Ichud in Grottaferrata. 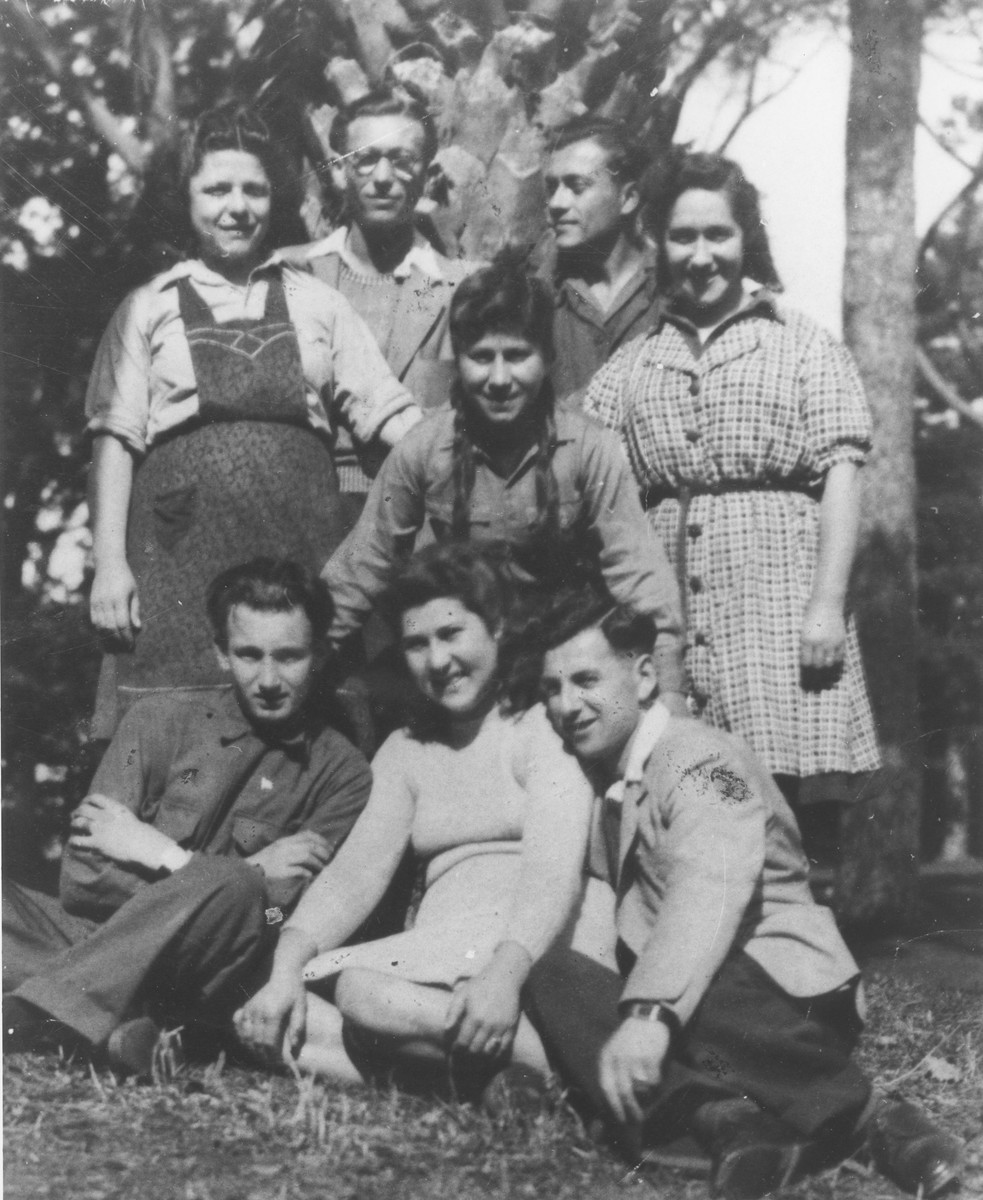 Members of Kibbutz Ichud in Grottaferrata.

Hela Iwaniska is standing on the right. Rushka is seated in the center, and Zosia is kneeling behind her.