Julia Ensel sits on the terrace of her home with her mother Rosmarie Schink and stepfather, Dr. Herbert Mauthner. 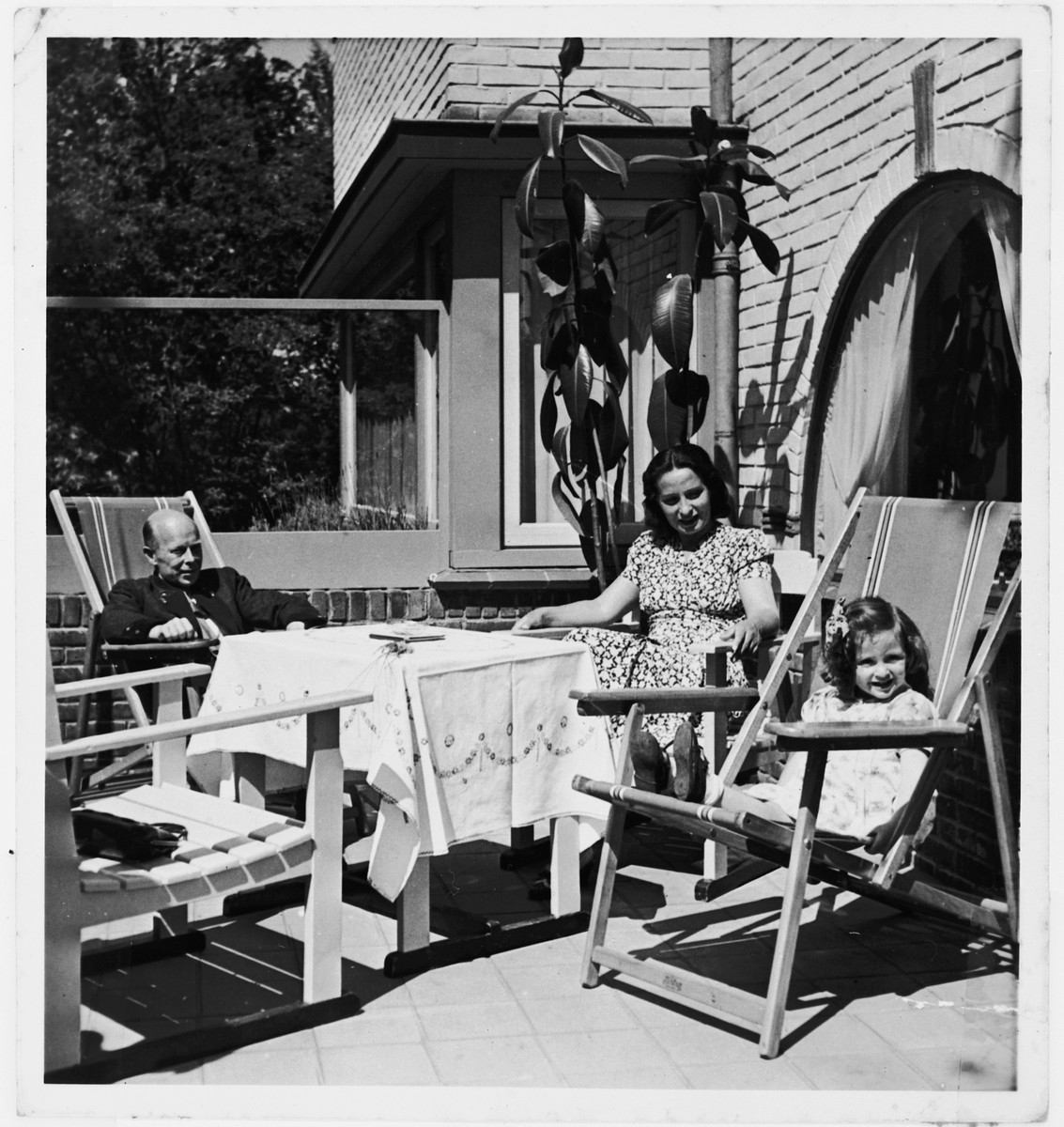 Julia Ensel sits on the terrace of her home with her mother Rosmarie Schink and stepfather, Dr. Herbert Mauthner.

Biography
Julia Schor (born Julia Ensel) is the daughter of Rosemarie Schink, a Christian woman from Meuselwitz, Germany. She was born on April 4, 1937. Rosemarie. Schink completed her high school education in Germany and worked for a while in administration in Altenburg. At the age of 21 she eloped with Judah Ensel, a Dutch Jew whom she met at a friend's wedding. The marriage had difficulties. Judah took up with an old girlfriend though he continued to live for free in the pension run by Rosemarie in Amsterdam. Rosemarie, meanwhile, fell in love with a married Jewish German banker named Wilhelm Weinberg and five years later became pregnant. Weinberg began divorce proceedings from his wife, but when she doubled her alimony request, he annulled the proceedings. Therefore, when Rosemarie gave birth to Julia in 1937, she gave her the last name of Ensel instead of Weinberg, telling Judah that he was the father. (In 1940, Wilhelm Weinberg left for Switzerland. He later went to New York by way of Argentina. His wife and three children were all killed in Auschwitz.) In the meantime Julia's mother started divorce proceedings from Judah. When the decree became final, she discontinued her pension to live with Dr. Herbert Mauthner, another married Jewish man, in a large five-beroom house in the small town of Blaricum. (Dr. Mauthner had sent his wife and small son to England a year before the German invasion.) In 1942, the situation for Jews in Holland became progressively worse. After Judah Ensel's father and other relatives were deported, Rosemarie decided to protect her lover. In the summer of 1942, she procured false papers for him, with the help of a Dutch Christian friend and resistance leader, Andries Kalter. With his false papers in hand, Rosemarie and Dr. Mauthner began to shelter other Jewish acquaintances, including Judah, his current girlfriend Ro and daughter Hennie. They also convinced Dr. Herbert Mauthner's mother, Melanie, to join them. Two days later, ten trunks and seventeen pieces of monogrammed luggage with the initials MM arrived. Fortunately, nobody in the moving company gave her away, and she managed to survive the war in the Dutch countryside. Rosemarie eventually sheltered twelve Jews, fed and cared for them for close to three years. In addition, other Jews passed through the Schink residence until other quarters could be found for them. In the beginning Mauthner commuted to Amsterdam, but when he was finally fired from his job at the Amstel Bank for being Jewish, they lived on monthly bank payments of Dfl 200, sent by Julia's father, Wilhelm Weinberg ,though his bank manager, Paul Warnatsch. Life in Blaricum was not easy; Judah Ensel once was caught selling or buying on the black market. At some point during the war, Rosemarie and Herbert had to go to Amsterdam. A German officer overheard her commenting on the murder of the Jews. A member of the SD then arrested Rosemarie in front of the Central Railroad Station. During her interrogation, she feigned ignorance and also claimed she had broken off all contact with the Ensel family. Luck was with her, and she was released. In the interim Herbert Mauthner returned to the house in Blaricum and helped evacuate the other Jews, including his mother, to a temporary shelter. When the SD came to search the house, no one was there, but they saw prominently displayed in the living room a copy of Hitler's portrait and two copies of Mein Kampf. However, the SD continued to keep close tabs on Rosemarie and returned several times to inspect the house causing everyone to climb into the attic or escape to the woods. One day two Blaricum policemen rearrested Rosemarie for displaying an animosity towards Germany, and she was sentenced to go to a concentration camp. She was released only after her mother petitioned a childhood friend of Rosemarie who was now in the SS for help. During the last few days of the war, ten German soldiers were quartered in the house in Blaricum. Rosemarie decided to pass the three old Jewish ladies off as Dutch refugees from southeast Holland. The soldiers stayed in one bedroom and the Jews in another. After about 4 days, on May 3, 1945, the Germans departed the area. However, several days later the Dutch Inland troops arrested Rosemarie as a collaborator after learning that she was born in Germany. With the help of the town's mayor, Rosemarie straightened out the matter and disclosed her true identity. She then surprised the town's people when they saw four Jews come out of the house, the three old ladies, Mella, Selma, Lola, and Herbert Mauthner.

Maria (Oestreicher) Austria (1915-1975), a leading Amsterdam photographer of Czech Jewish origin. Known primarily for her photographs of performing arts in post-war Holland, she also produced a considerable amount of documentary photography. In the immediate post-war period she photographed aspects of daily life in Amsterdam, Vienna and Paris, and post-war reconstruction in the Netherlands, including sanatoriums and children's camps.