Tombstone of Fruma Turetsky Radzinski at the Jewish cemetery in Slonim. 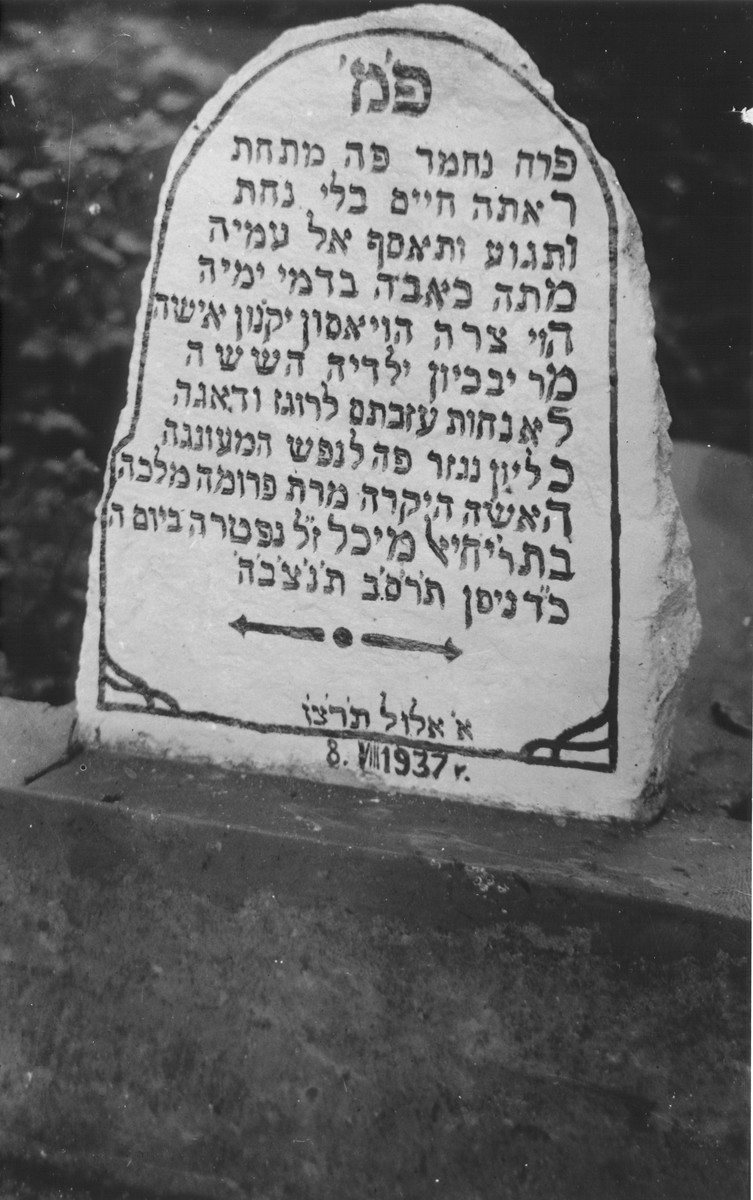 Tombstone of Fruma Turetsky Radzinski at the Jewish cemetery in Slonim.

Fruma Radzinski is the grandmother of the donor, Ruth Levine.