David and Nando Tagliacozzo go for a horse and buggy ride with their cousins Leilo and David de'Alir. 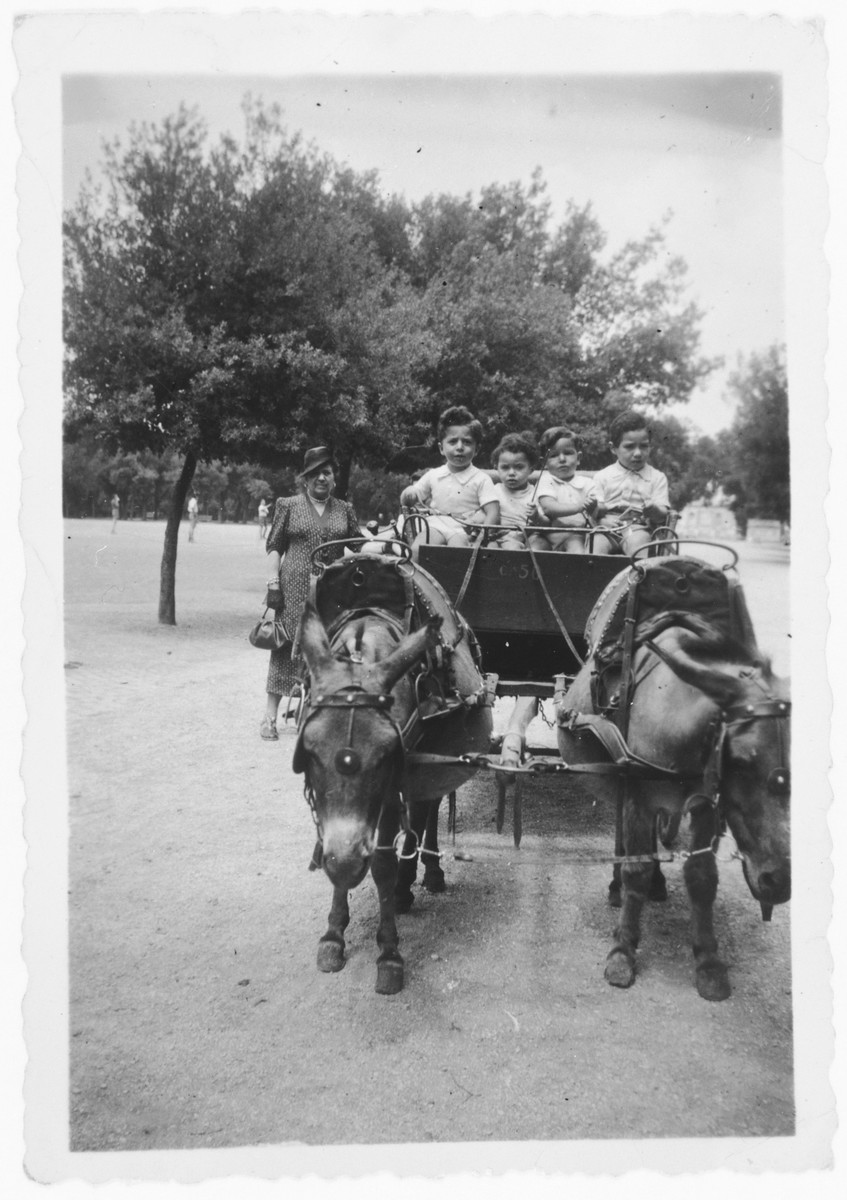 David and Nando Tagliacozzo go for a horse and buggy ride with their cousins Leilo and David de'Alir.

Biography
Fernando (Nando) Tagliacozzo is the son of Arnaldo Tagliacozzo (b. 11/8/1901) and Lina Zarfatti Tagliacozzo (b. 7/5/1907). He was born on December 13, 1938 in Rome where his father owned three clothing stores, and his mother taught at the Jewish school. Nando had two older siblings. Ada was born in February 1935 and David on December 23, 1936. The family remained in Rome until October 16th 1943, the day of the infamous round up in Rome. Nando's sister Ada, grandmother Elenora Sabatello Tagliacozzo, and uncle Amedo Tagliacozzo were arrested and deported that night. The family had had been living in two apartments, one next to the other. Their grandmother's apartment had her name on the door, but the other apartment was unmarked. Ada was sleeping at her grandmother's that night, while the rest of the family was sleeping in the unmarked apartment, and were thus spared. At the end of November, Nando, Lina and David managed to gain entry into a convent "Les Soeurs du Preziosissimio" in Rome where they remained until their liberation in June 1944. In the interim, Nando's father moved about from one apartment to another seeking safe places to stay. A person who had arranged to meet Arnaldo on February 2, 1944 betrayed him, and was picked up by the Fascists. He was imprisoned for one month at Regina Coeli and then sent to Fossoli. Nando's mother managed to visit him while he was imprisoned in Rome. At the beginning of April 1944, he was deported from Fossoli to Auschwitz where he perished.