A group of young men and children stand outside the synagogue in Rome. 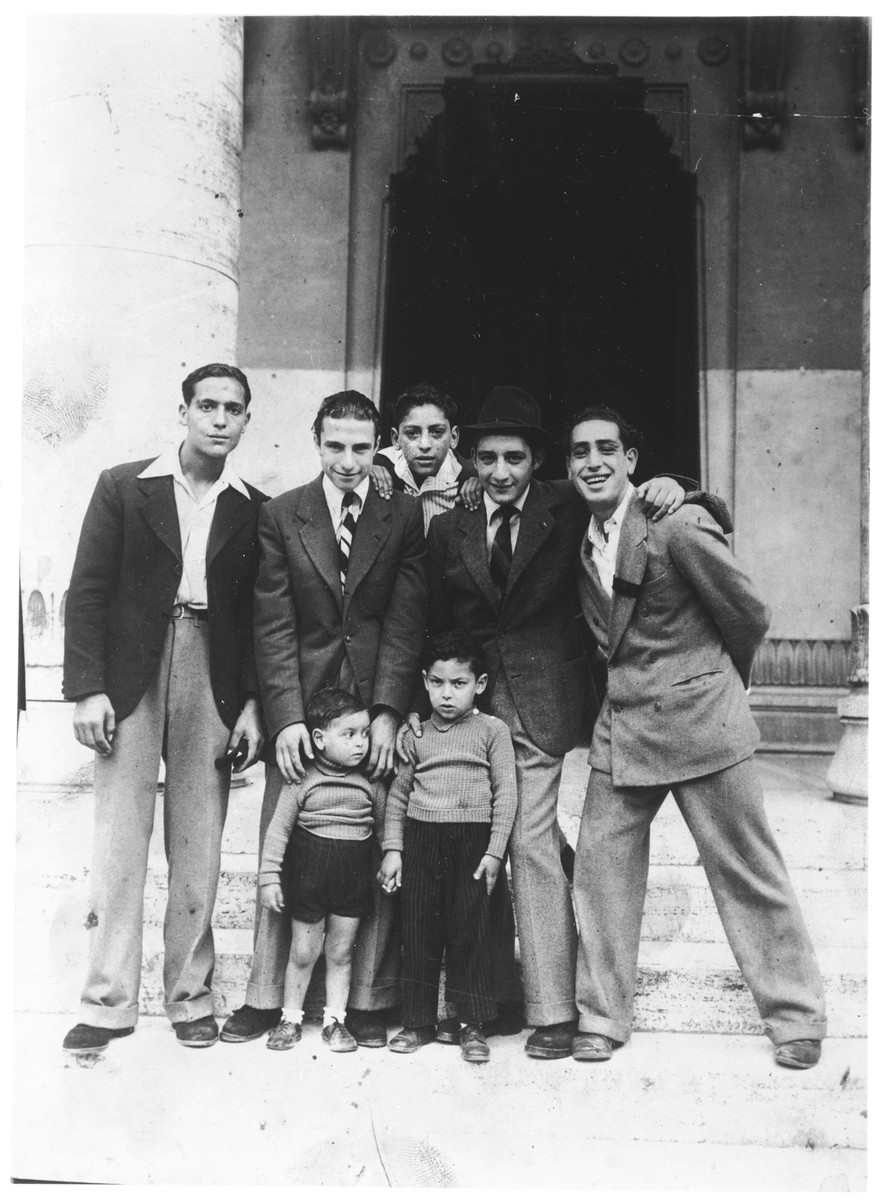 A group of young men and children stand outside the synagogue in Rome.

Biography
Giuseppe DiPorto was born on March 6, 1923. He grew up in an assimilated Jewish family im Rome and had five siblings all of whom survived: Angelo, Vitale, Eleonore, Elena and Emma. He was a textile salesman who lived in Rome. In 1943 Giuseppe was arrested in Genoa when he went there on business. He and a cousin were first held in a prison in Genoa and then sent by train to Auschwitz. Giuseppe escaped from a death march following the evacuation of Auschwitz. He was found by Soviet troops. They cared for him for a few weeks, and then Giuseppe worked for them prior to returning home to Rome.