Group portrait of Jewish prisoners in a refugee camp in Switzerland where Rosa was briefly interned. 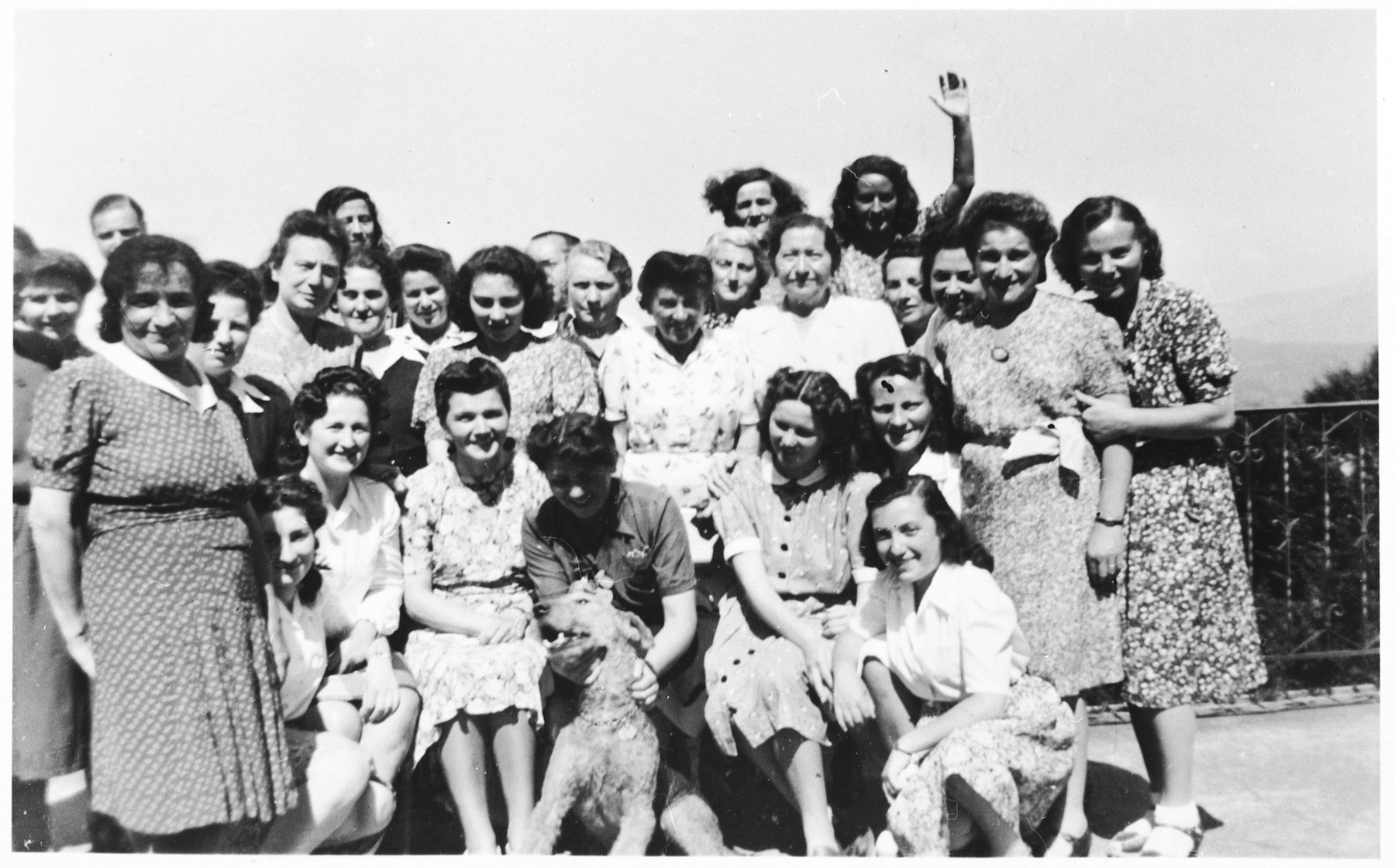 Group portrait of Jewish prisoners in a refugee camp in Switzerland where Rosa was briefly interned.

Event History
Following the Anschluss, the Nazi takeover of Austria, thousands of central European Jews tried to enter Switzerland. This wave of emigration led Swiss authorities to adopt severe restrictions on the entry of foreigners into the country. Border police were instructed to turn back all emigrants holding German passports. "J" stamps were required on all passports held by German Jews, and visa requirements were expanded to encompass more and more nationality groups. After March 1940 Swiss authorities required most of the refugees to reside in internment camps of various sorts: collection camps, quarantine camps, reception camps, labor camps, training camps, children's homes, and internment homes for adults. Administered by the Federal Justice and Police Department, these facilities were generally poorly equipped and functioned with little regard for the needs and sensitivities of the internees. The refugees suffered from their forced idleness, lack of privacy and personal freedom, and their often arbitrary separation from family members. Male refugees assigned to labor camps were employed in road construction, farming, or public works, while females worked in sewing and laundry facilities. Young refugees between the ages of seventeen and nineteen were sent to training camps. They were assigned to civic improvement projects and farming, and attended school. While many complaints were lodged against the Swiss authorities, these voices were not heard until the last year of the war, and were not acted upon until the final two months of the conflict.
Biography
Elizabet Weiss (born Elizabet Kaufman) is the daughter of Josef (b. 1891) and Rosa Bernfeld Kaufman (b. 1892). She was born in Vienna on February 6, 1923 where Josef worked as a sales agent. Elizabet had an older brother, David and four younger siblings, Annie, Leo, Mia and Kurt, all of whom survived the war. In addition to attending public school, Elizabet also worked for a raincoat manufacturer. Germany annexed Austria in March 1938, and the following year the family left Vienna for Milan, Italy on June 26, 1939 in the hope of going from there to the United States. They had affidavits for America, which were arranged by an aunt, as well as permits for Mexico. However, once the war broke out they could no longer emigrate, and Elizabet's father, Josef, was sent to an internment camp near Salerno. He remained there until October 1945. Although mildly observant before the war, Josef became religious during his internment. Elizabet and her mother and siblings fled Milan during its bombardment in 1941. They found work in Cantu and lived nearby in the town of Laveno. After the Germans arrived in Italy on September 15, 1941, the family escaped to Switzerland, but upon arrival Swiss guards sent them back after telling them that it was not dangerous to remain in Italy. The family did not give up, however, and on September 26th after walking for fifteen hours, they crossed the border illegally. Near the border, Elizabet fainted from fear. A doctor who attended her instructed her to pretend she was sick. The border guards then had sympathy and let the family through. In Switzerland they were sent to Bellinzona, a camp run by the Swiss military. Elizabet and Annie were then transferred to a girl's camp, David was transferred to a work camp, while Rosa and the two smaller children first remained in Bellinzona and later were sent on to La Chasot (Fribourg). Elizabet eventually joined them, and they all stayed in La Chasot until 1944. Elizabet worked in an office, her mother did sewing, and her sisters worked in the kitchen. The family left Switzerland on August 31, 1945 and reunited with Josef three months later.