The Morgenstern family poses outside by a wooden fence. 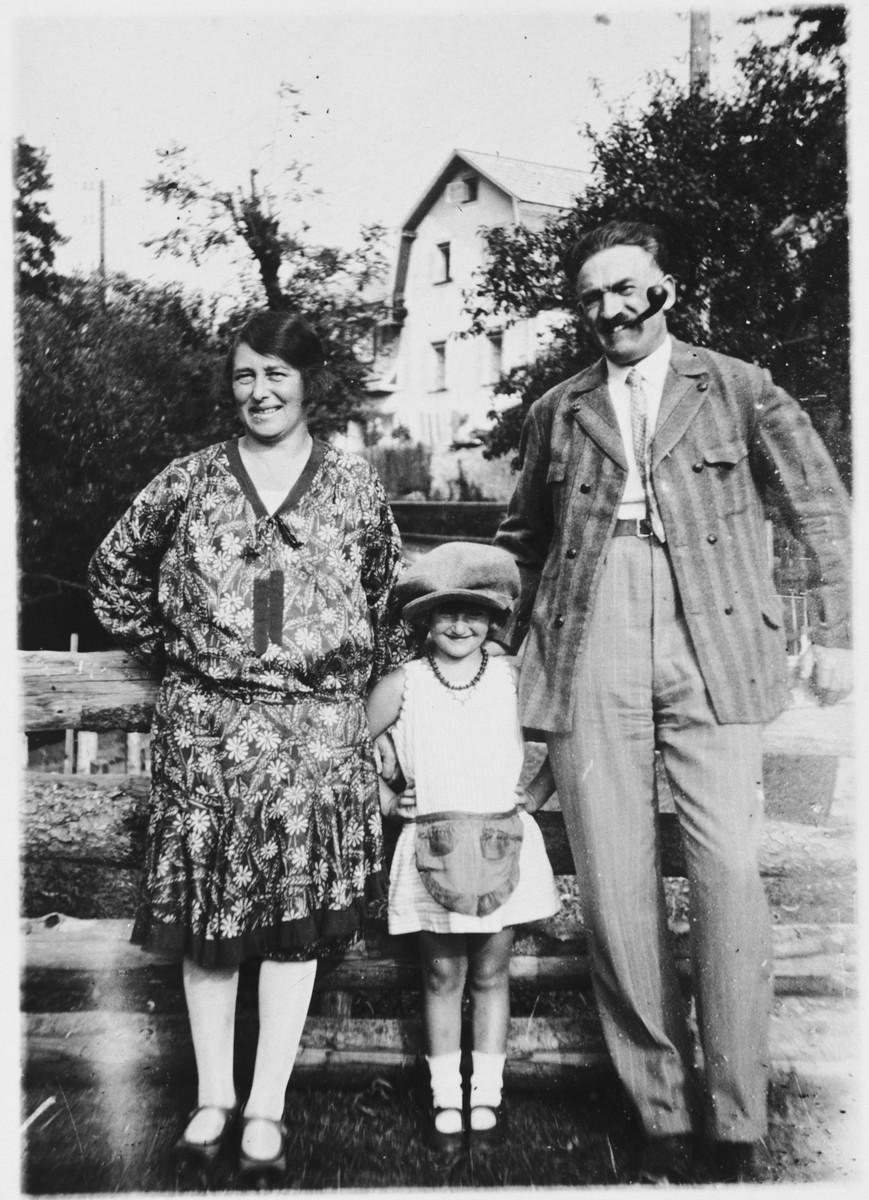 The Morgenstern family poses outside by a wooden fence.

From left to right are Elvira, Ilse and Max Morgenstern.

Biography
Ilse Morgenstern (now Loeb) is the daughter of Max and Elvira Morgenstern. Ilse was born on June 17, 1925 in Vienna, Austria where her father ran a printing business. She had one older brother, Felix. Following the annexation of Austria in March 1938, Ilse and her family experienced increasing antisemitic harassment. Max's business was confiscated, and the family was forced out of the apartment where they had lived for years. After Felix managed to immigrate to America, Max and Elvira focused their attention on saving Ilse. They had a cousin, Edie, who was involved in relief work in Holland, and they asked for his assistance to find a safe haven for Ilse there. At the end of November 1938, shortly after Kristallnacht, Ilse left Vienna for Holland never suspecting that this would be the last time she would see her parents. Her parents had hoped to emigrate as well, but once the Nazis learned that Max was a skilled printer they would not let him leave. Instead, they made him print counterfeit money. After her arrival in Amsterdam, a Jewish family cared for Ilse as their foster child. However, in June 1942 Ilse received a letter from the German authorities ordering her to report to the Amsterdam train station for transport to a German labor camp. Her foster parents and friends urged her to defy this order and go into hiding. The family later learned that Anne Frank's sister Margot received that identical letter on that very day. Equipped with false papers, Ilse went to stay with her cousin Edie in Laren, who was also living under false papers with his Christian girlfriend, Nicky Stark-Sinoo. To reduce the risk, Nicky listed herself as the official owner of the home, which in fact was owned by two Jewish musicians. When Edie and Nicky felt that the town's pro-Nazi mayor might be suspicious of their arrangement, they decided to move Ilse to the home of Nicky's parents. Since not all of Nicky's extended family and friends could be trusted, Ilse at times had to hide in a spare room that few people knew about. At this point Ilse developed a persistent dry cough that threatened to give her away, so as soon as it was safe she returned to the home of Nicky and Edie. In 1944 the Gestapo came and searched their house. Luckily, they did not find Ilse but it again became necessary for her to move elsewhere. Nicky knew Aart and Johtje Vos through the Dutch underground, and she turned to them for help. Over the course of the war, Aart and Johtje Vos saved 32 Jews, and they readily agreed to shelter Ilse as well. She stayed with them for eight months, until it was once again safe to return to Nicky and Edie. Holland was liberated in May 1945, and in 1947 Ilse immigrated to America and was reunited with her brother in Chicago. Her parents were deported from Vieanna to Izbica on June 5, 1942 and they perished either there or in Belzec. After the war both Yad Vashem and the Queen of Holland honored Aart and Johtje Vos as Righteous Among the Nations.