Portrait of a little Jewish boy riding a tricycle. 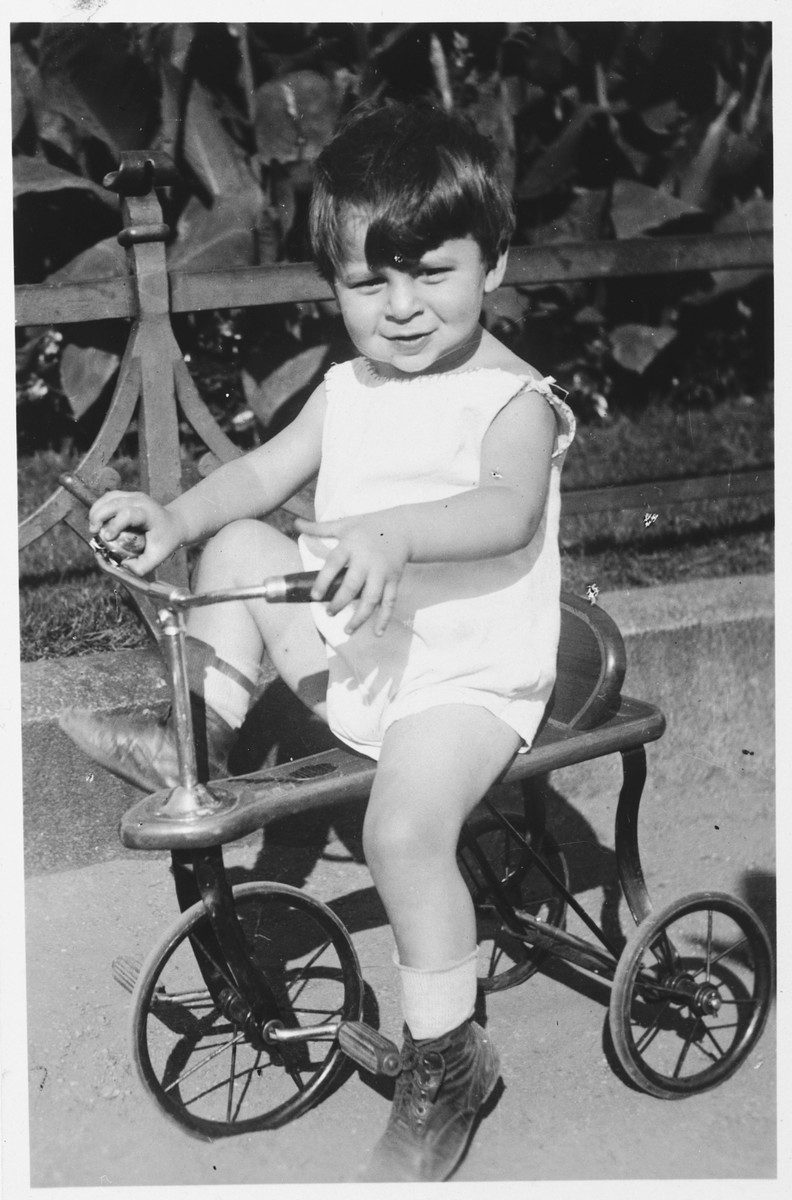 Portrait of a little Jewish boy riding a tricycle.

Pictured is Ernst (last name unknown), the nephew of Alex Hochhauser. Ernst subsequently perished in a concentration camp in Poland in 1942.