A Jewish family poses with their nurse on the beach at Tsin Tzo. 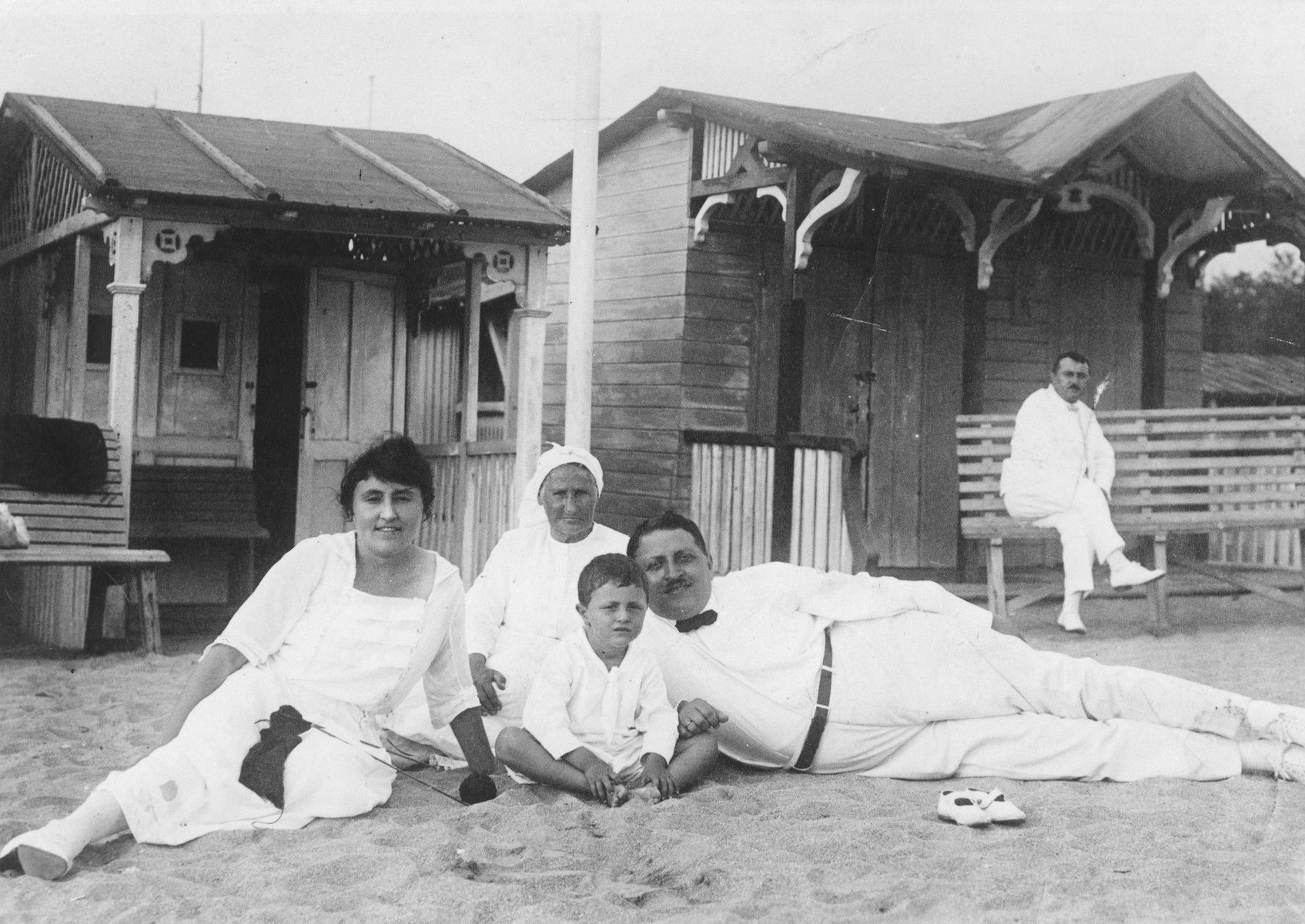 A Jewish family poses with their nurse on the beach at Tsin Tzo.

Pictured are Aaron and Betia Faingersch with their son Vladimir.

Biography
Noemi Sinclair (born Noemi Faingersch) is the daughter of Aaron and Betia (Soskin) Faingersch. She was born in Harbin, China on April 18, 1921. Noemi had one older brother, Vladimir (b. 1917). Aaron grew up in Odessa but studied in Germany, where he received an engineering diploma and met and married his wife, Betia. In 1913 the young couple moved to Harbin, where they had two children. They remained for over fifteen years. In 1929 they returned to Berlin. Soon after the Nazi rise to power in Germany, the family fled to Switzerland. They stayed in Geneva from May to October 1933, and then moved to France. They lived first in Nice for two years and then in Paris. Following the German invasion in May 1940, the Faingersch' fled first to Normandy and then to Juan-les-Pins on the French Riviera, where they stayed from July 1940 to 1943. There they were aided by two families involved in the resistance, the Martinowich and the Mouisset families. While in southern France, Noemi met and became engaged to Nandy Smuckler (later Andrew Sinclair), a Romanian refugee. In 1943 Nandy and his parents, Rosalie and Grishke Smuckler, fled to Portugal. That same year Noemi and her mother fled to Le Mauverzin in Mirande and then to Villecomtal-sur-Arros in the Gers, where they lived on false papers until their liberation in August 1944. Though Noemi, Betia and Vladimir survived, Aaron perished at the hands of the Nazis. In May 1946, Noemi immigrated to Montreal, Canada. There, she married Nandy the following month. In 1949 Noemi and Nandy returned to France and settled in Paris.