Front page of the January 1946, no. 1 issue of the Yiddish DP newspaper, "Buchenwald: Bulletin of the Buchenwald Youth in France." 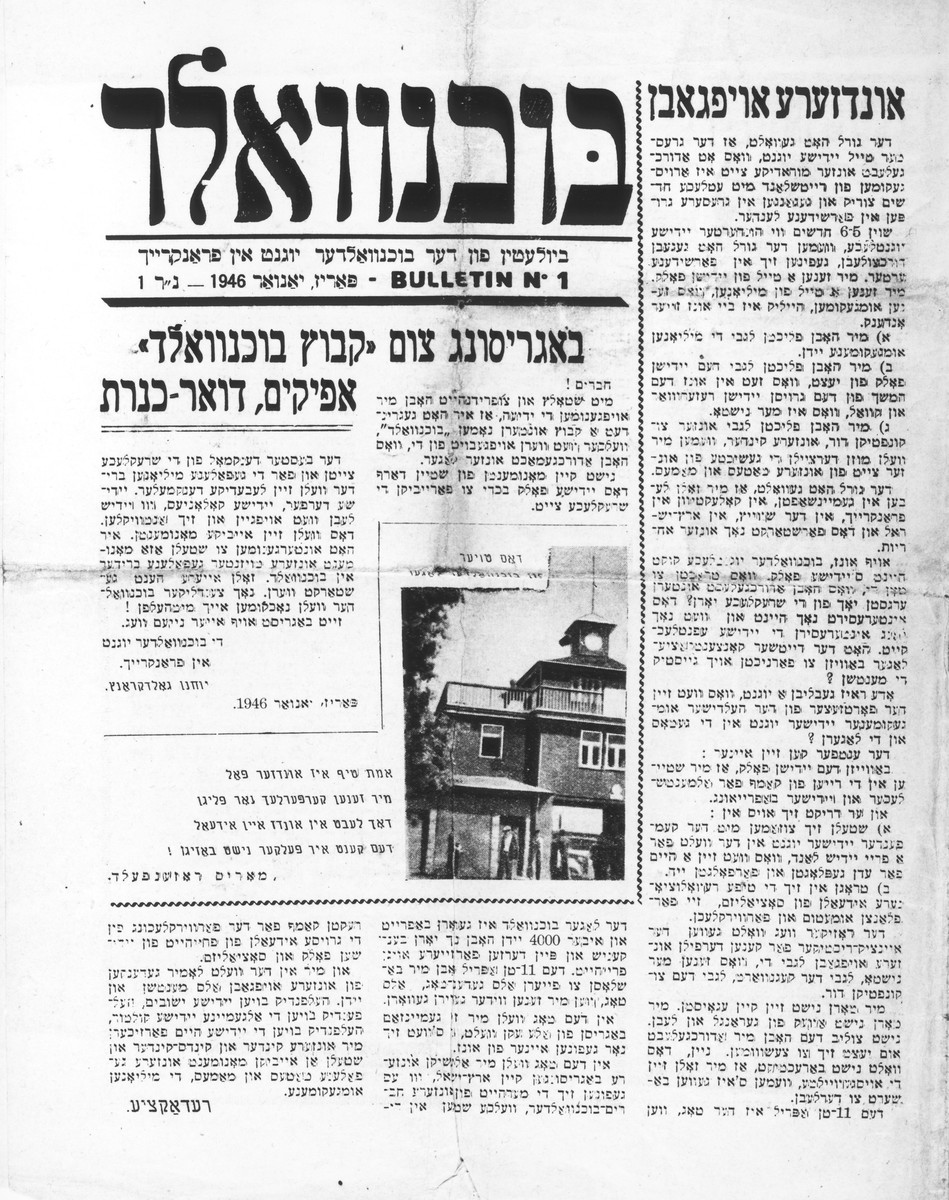 Front page of the January 1946, no. 1 issue of the Yiddish DP newspaper, "Buchenwald: Bulletin of the Buchenwald Youth in France."

The article at the right is titled "Our Tasks," and the headline at the center reads, "Greetings to Kibbutz, Buchenwald, Afikim, Doar-Kineret."