Jewish displaced persons and supporters of the Free Land League gather together in Steyr. 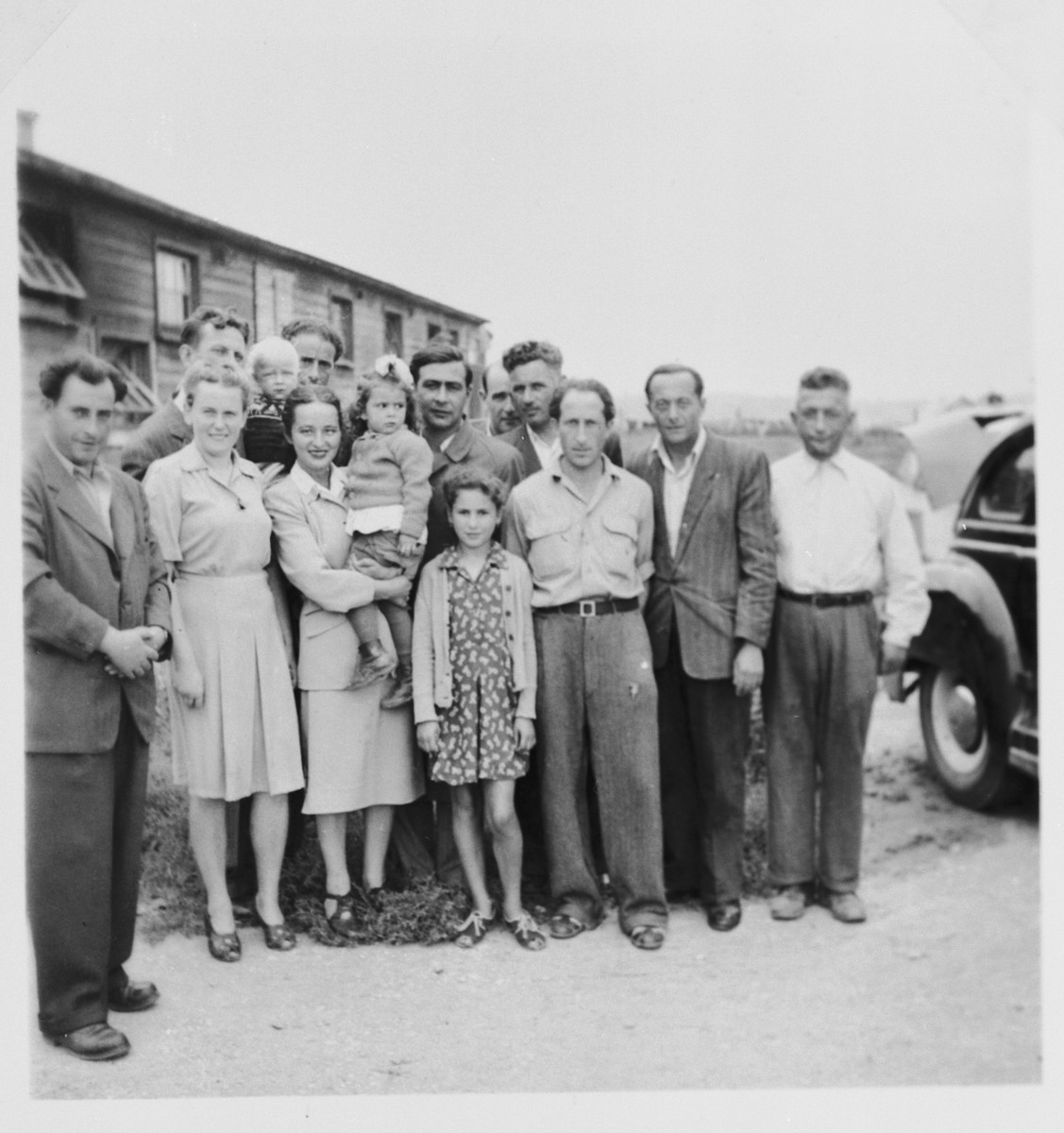 Jewish displaced persons and supporters of the Free Land League gather together in Steyr.

Biography
David Siegel is the son of Isidore and Ida Siegel. He was born in Toronto in 1909 and had a brother and four sisters. After completing his education, David worked as a middle school teacher, and in 1939 he was offered a chance to go to England as an exchange teacher. The war broke out shortly after his arrival, and David assisted in the evacuation of British children to the countryside. While working in London, David met his wife Ada Steinberg. Her father, Yitzchak Nachman Steinberg, had served as justice minister in the first and only coalition Soviet cabinet. However, as a non-Communist, leftist social revolutionary he was forced to flee the Soviet Union for the west. He also headed the Freeland League for Jewish Territorial Colonization, an organization devoted to finding places for autonomous Jewish settlements outside of Palestine. The Canadian High Commissioner asked David to serve as the civilian commander of a repatriation ship, and he, along with Ada, returned to Canada in 1940. After his return, David enlisted in the Canadian air force as a radar technician and served for almost four years in Europe. While he was overseas, Ada remained in Canada for most of the war and then moved to New York together with her father in late 1944. At some point she became acquainted with Hugh Keenleyside, an under-secretary in the Canadian government. He became a family friend, and after David's return, Dr. Keenleyside offered him a job in the immigration department of the Canadian civil service. While he was working there in March 1948, Sol Hayes, head of Canadian Jewish Congress (CJC) asked David to serve as the liaison between the CJC and Canadian immigration to facilitate the immigration of Jewish DPs to Canada. He would work for CJC but receive administrative help from the Joint Distribution Committee. David left for Europe on June 12, 1948 and spent the next year and a half visiting various DP camps in Germany, Austria and Italy. Canadian immigration was much tighter than American, but the CJC had figured out a loophole, which would facilitate bringing more Jews to Canada. The lumber industry had claimed that there were not enough qualified lumbermen in Canada, so the Canadian government allowed them to hire laborers overseas. After hearing this, Jewish industries felt they too might be able to claim a labor shortage. The textile, millinery and furrier trades petitioned the Canadian government to allow trained workers to come to work in these industries as well. Displaced persons wishing to immigrate had to prove that they were trained to work in these fields. David received a list of people wishing to immigrate, helped supervise their trade testing and presented the results to Canadian officials. ORT served a role in helping train people in advance of their tests. Besides supervising the trade testing David helped guide DPs through other stages of the process -- passing medical and security checks, obtaining visas and boarding transports. When a DP was turned down, Siegel petitioned the Canadian consuls on their behalf. David was shocked by the antisemitism of some consuls and protested to Keenleyside. In Steyer, he faced a different type of opposition. Members of the Jewish Brigade, who were angry that he was encouraging DPs to come to Canada instead of Israel, harassed Siegel. David returned to America in 1949 and settled in New York where he worked for a while with Ada on the magazine, This Month, and later became a synagogue administrator.