Ursula Tenenbaum breastfeeds her newborn daughter who was born while she was in forced confinement. 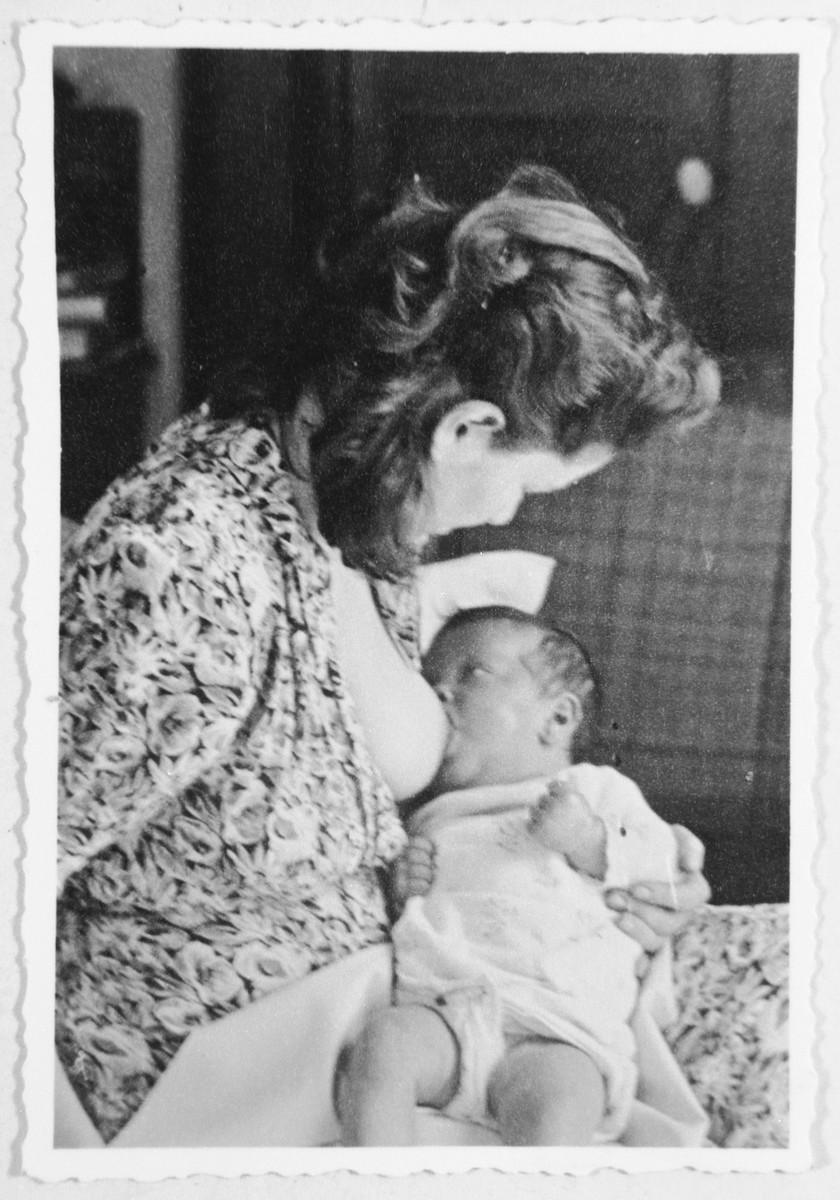 Ursula Tenenbaum breastfeeds her newborn daughter who was born while she was in forced confinement.

Biography
Mordechai (Mordko) Tenenbaum was born in Kobrin, Russia on July 2, 1911. He lived in Poland until 1931, when he went to Italy to study medicine at the University of Florence because the numerus clausus prevented him from studying in Poland. In 1933 he met Ursula Steinitz at a gathering of Jewish students. Ursula was born in Breslau on May 25, 1916. She came to Italy to study in 1933 after being expelled from high school one year before graduation. She was told that she could enroll in a German school in Milan but, not having obtained her high school degree, found that this was not possible. She instead enrolled in a public university and became a midwife. Mordko eventually transferred to Bologna and finished his degree in pediatrics in 1937-1938. However, due to the newly enacted racial laws, he was not allowed to work as a physician, and as as foreign Jew was threatened with expulsion. Mordko tried to emigrate, but despite the fact that his father was actually an American citizen, having come to the country in the 20s, and his mother was living in Sweden, he was not able to immigrate to either country. Mordko even tried to immigrate to Poland, since Ursula, now his fiancé, was a Polish citizen, but he was unsuccessful. Mordko and Ursula married on November 29, 1939. In June 1940 Mordko was arrested as an enemy alien and sent to La Murata prison in Florence. He was there for about a month and then sent with other foreigners to the Campagna internment camp in southern Italy. Mordko enjoyed relative freedom in Campagna. He was allowed to go into town if he registered twice a day with the authorities. Ursula was able to come for illegal visits. In August 1940, Mordko was transferred to Ferramonti, and Ursula in the meantime was interned in San Donato Val di Comino, a small town near Rome. She was allowed to live as a private citizen but had to register regularly with the Carbinieri. She convinced the police that she had tuberculosis and needed her husband to care for her. Mordko received permission to leave Ferramonti in order to join Ursula in San Donato Val di Comino. In July 1942 Ursula gave birth to a daughter Katrin Tamara (Katja). Mordko was not officially permitted to work, but he spent his days in the countryside helping with activities such as cutting wood and working in a quarry. He also cared for sick patients, bartering his medical services for food and other necessities. The family lived in the house of a widow, Francesca Cardarelli, and her three daughters, Maria, Pompea, and ten year old Silvana. After the German occupation of Italy on September 8, 1943, the Tenenbaumms were obliged to flee to the mountains. Katja remained with the Cardarellis; Silvana carred for her as a a younger sister. The Germans, helped by the Italian fascist militia, captured most of the Jews interned in the village. They were then deported to Fossoli and from there to Auschwitz. Helped by Francesca Cardarelli who hid them from the militia, Ursula and Mordko were able to save themselves. In April 1944, the couple decided to leave the village and try to hide in Rome. The Germans had found a small suitcase containing documents and pictures of the family, and were in pursuit. The Tenenbaums obtained false papers from a local medical student who gave them stolen ID cards. Mordko was called Marco Cedrone, and Ursula became Maria Cedrone. Mordko also had a second set of false papers under the name of Mario Ferri. In Rome Ursula and Katja hid in a convent, while the local antifascist underground found a room for Mordko in a nearby house. They lived there until Rome was liberated in June 1944. In 1945 Mordko and Ursula gave birth to a son, Sascha, and after the war Mordko worked for the Allied Military Government IRO and then for UNRRA. He later became the director of Organizatione Sanitaria Ebraica from 1953-1970.