A Jewish family swimming in the Adriatic Sea. 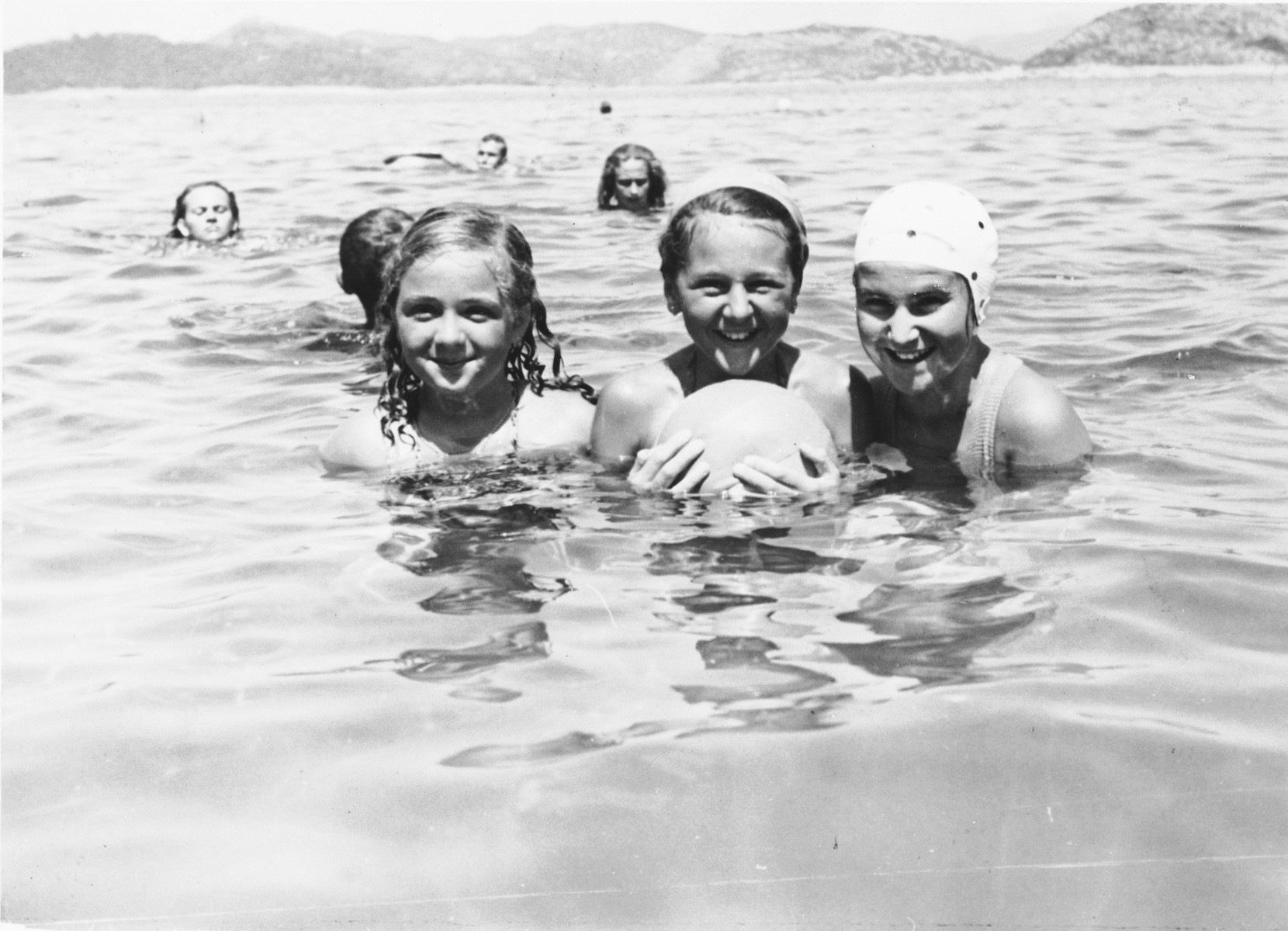 A Jewish family swimming in the Adriatic Sea.

Pictured are members of the Spitzer family on vacation on the island of Lopud, where during WWII they would be imprisoned in an Italian internment camp.