Wedding portrait of a Jewish couple, Adolf and Estera Ciechanow in Antwerp, Belgium. 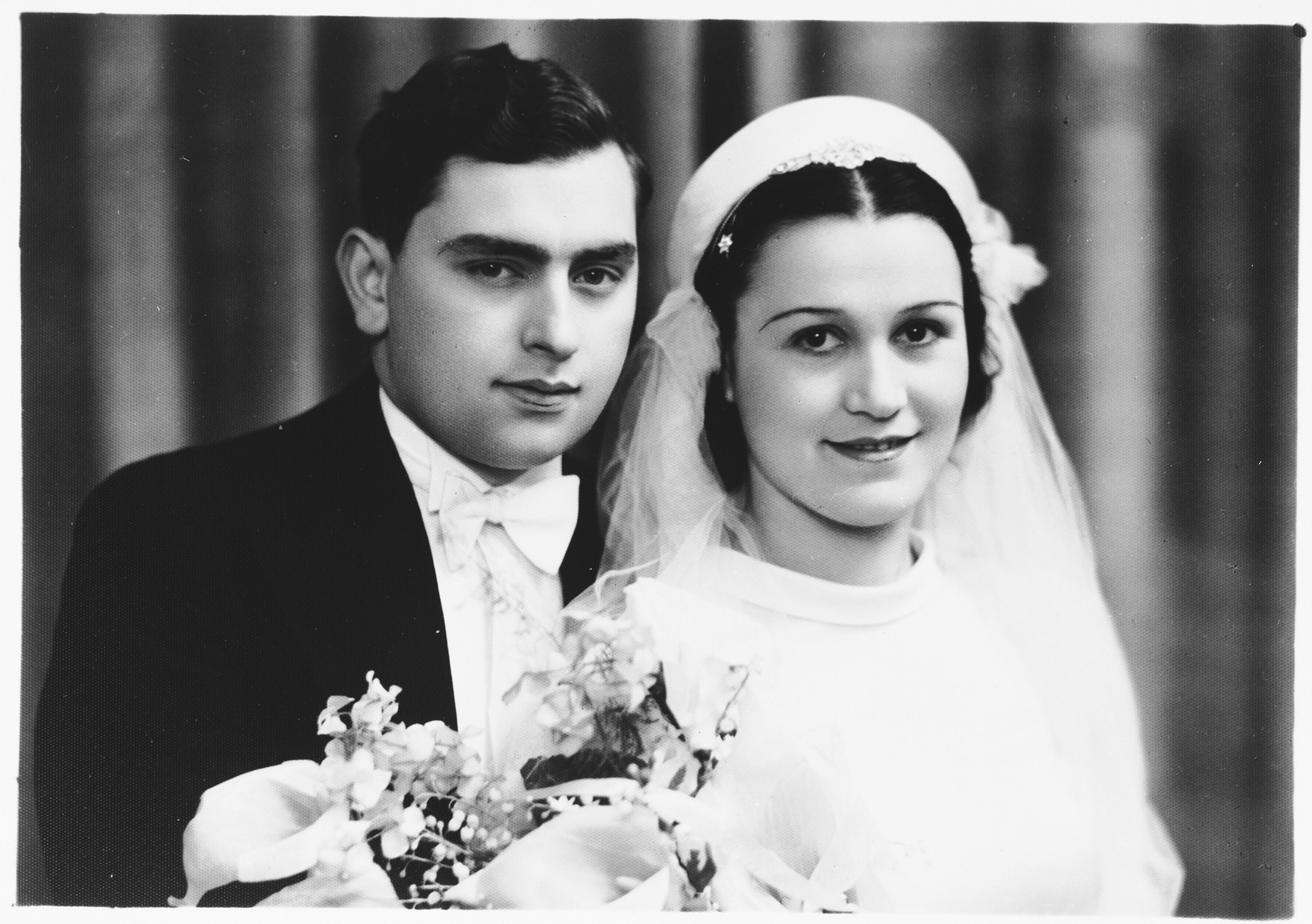 Wedding portrait of a Jewish couple, Adolf and Estera Ciechanow in Antwerp, Belgium.

Adolf and Estera are the brother and sister-in-law of Alex Ciechanow.