Zishe Malah walks down a street in Poland with his wife Miriam and two unidentified children. 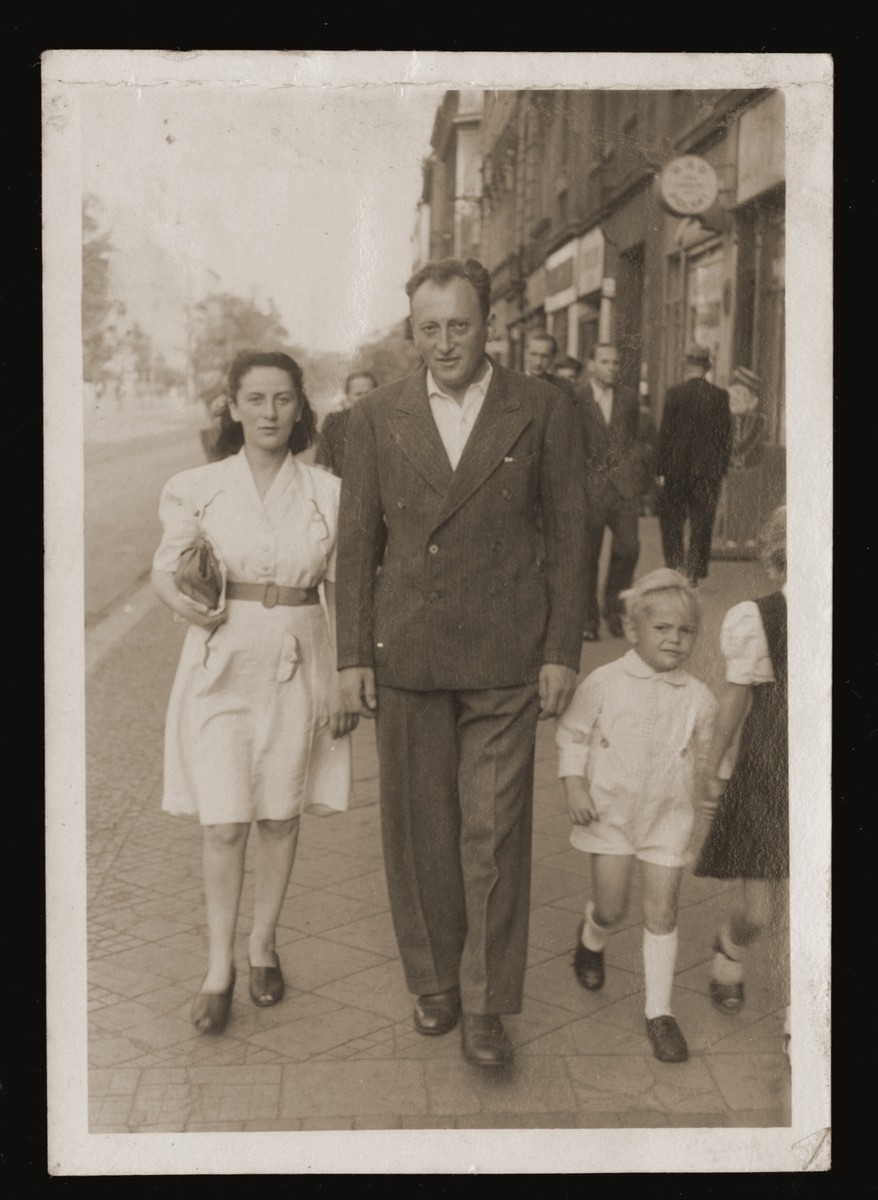 Zishe Malah walks down a street in Poland with his wife Miriam and two unidentified children.

His wife sewed her dress out of a sheet.