A young Jewish girl poses on a street in Zagreb with her mother and grandfather. 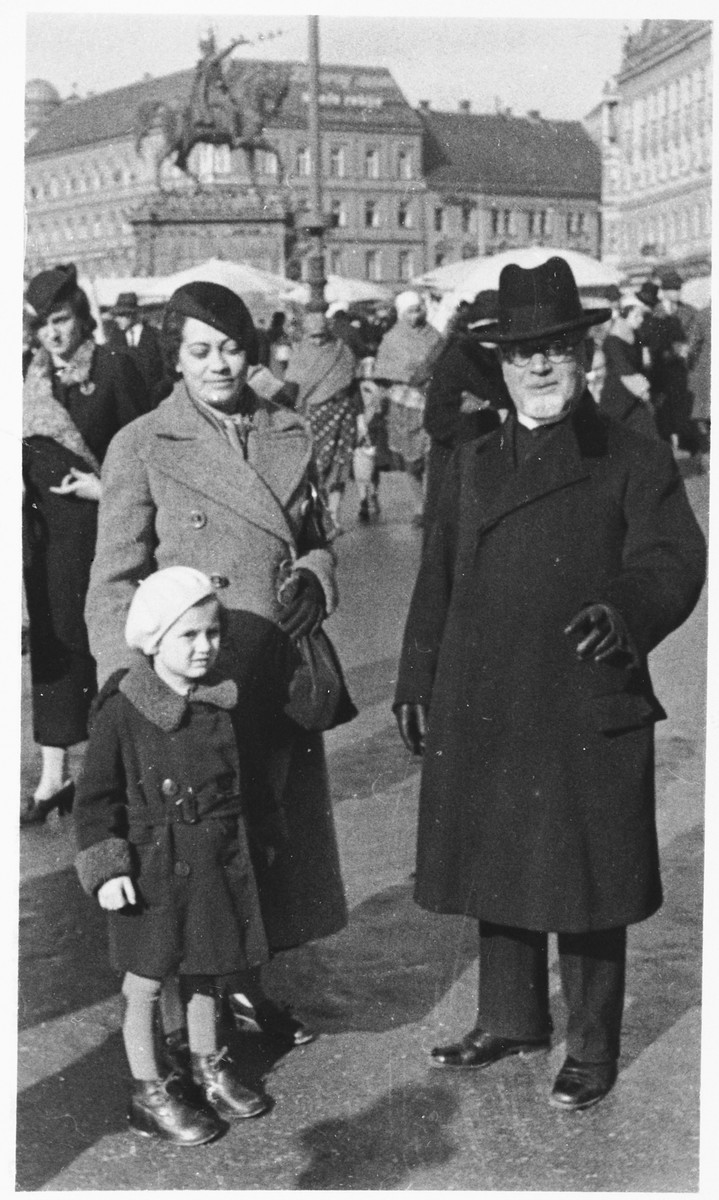 A young Jewish girl poses on a street in Zagreb with her mother and grandfather.

Pictured are Vera Apler (the child in the foreground) with her mother, Blanka (Deutsch) Apler and grandfather, Rabbi Leopold Deutsch.