Jewish New Year's card from Cremona with a photograph of three boys in the upper corner. 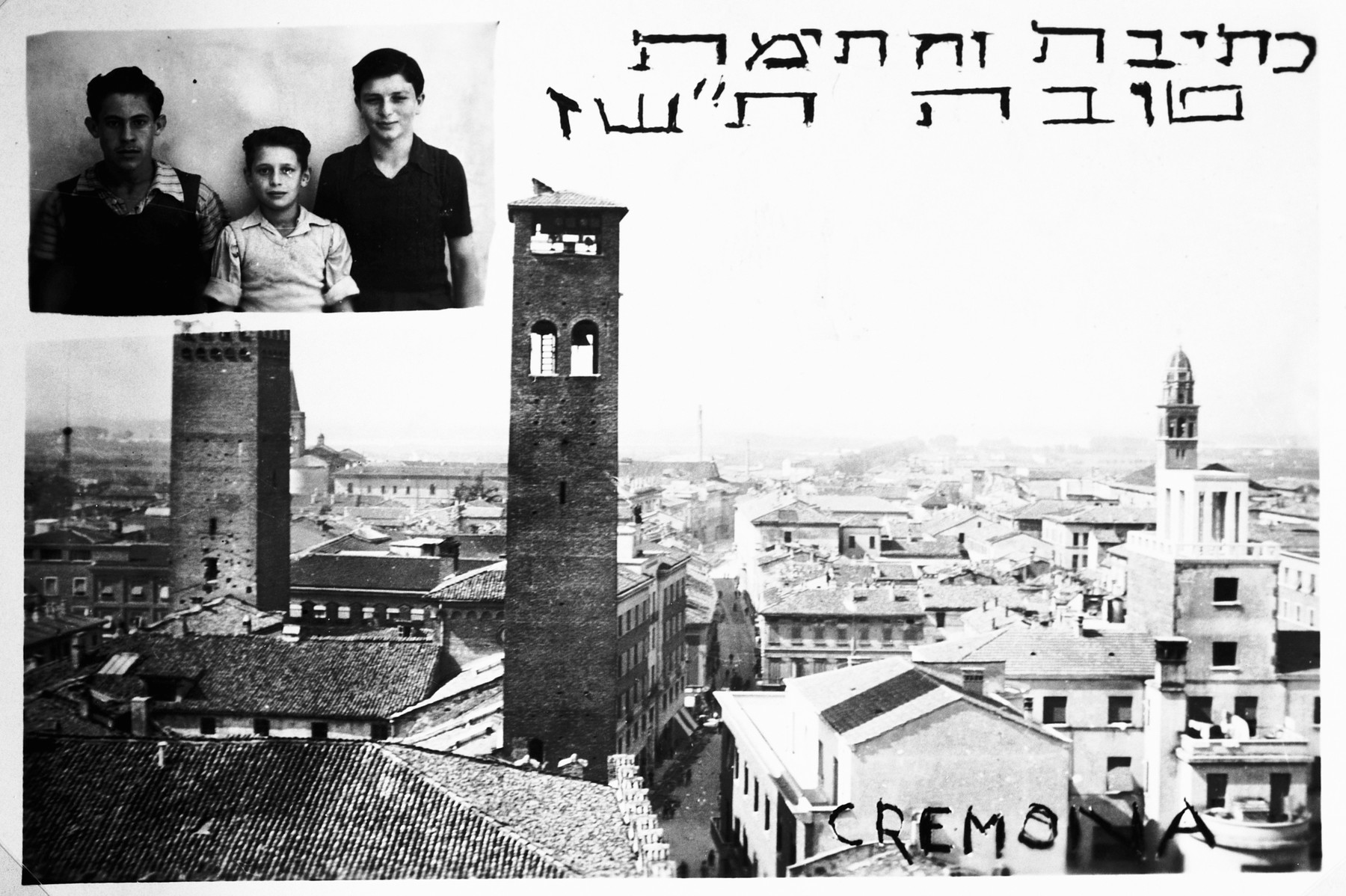 Jewish New Year's card from Cremona with a photograph of three boys in the upper corner.

Pictured in the center is Shie Zoltak. On the sides are the Fajersztajns.