Children studying in a classroom in the Zeilsheim children's center. 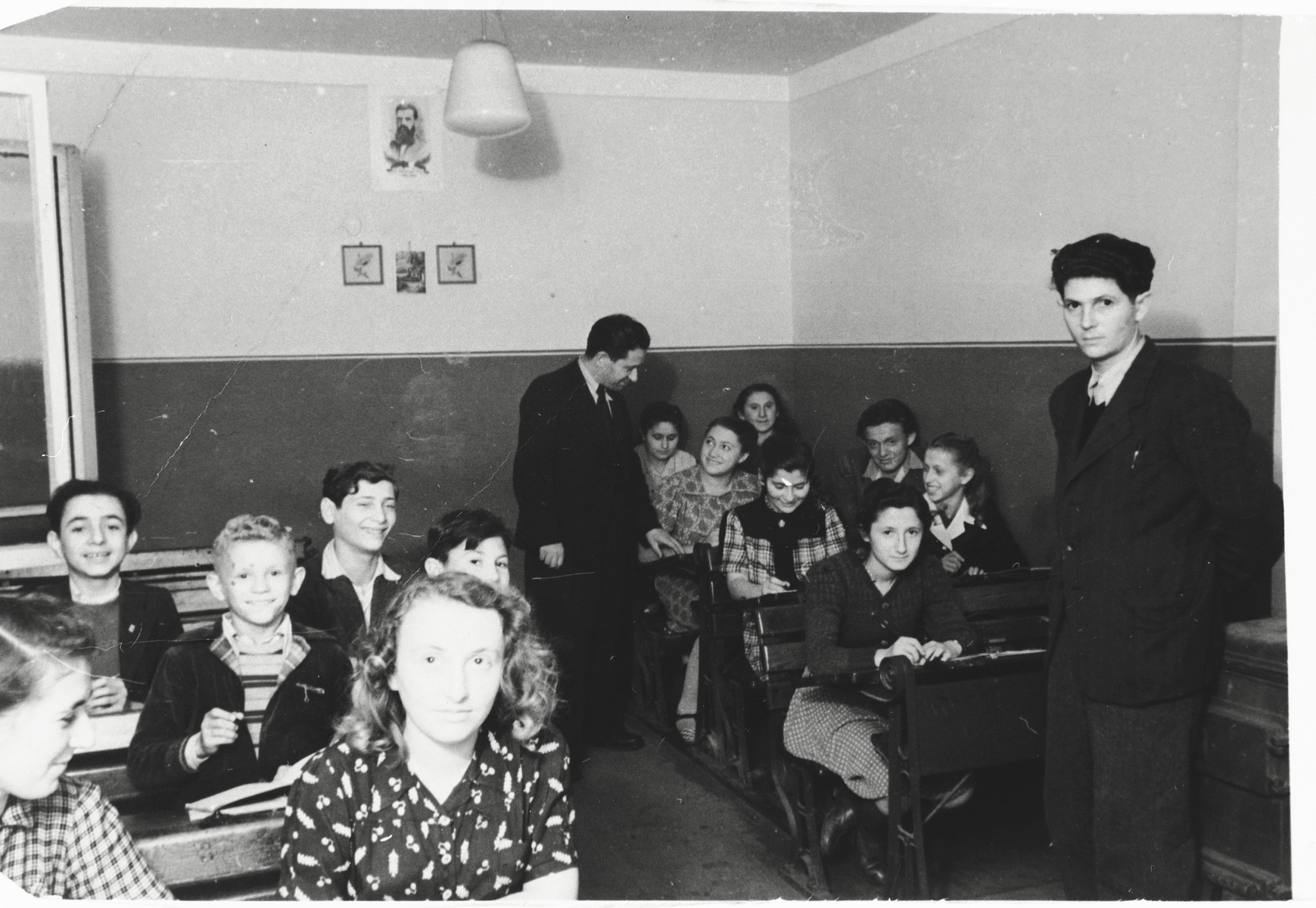 Children studying in a classroom in the Zeilsheim children's center.

Szlomo Waks is pictured in the second row, on the left.