Members of the Kwar family pose outside on a lawn chair. 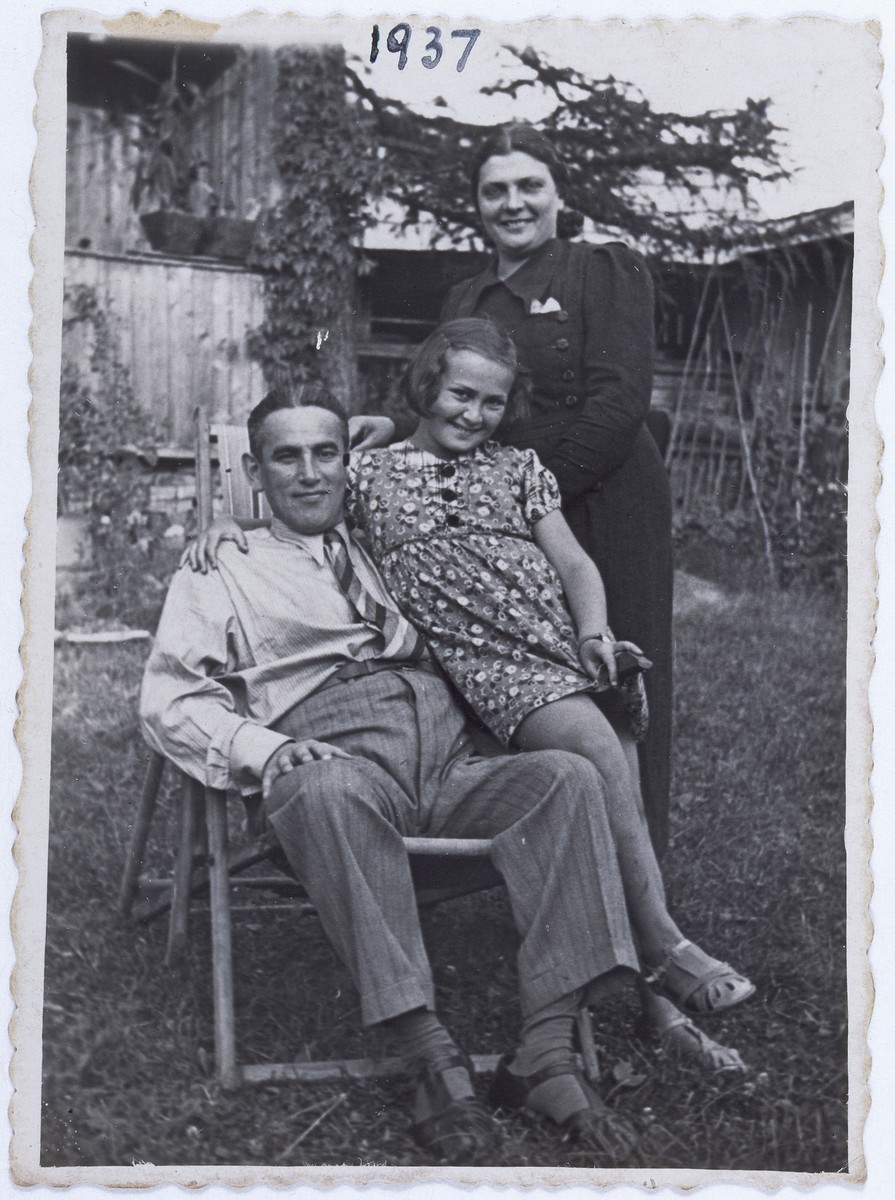 Members of the Kwar family pose outside on a lawn chair.

Pictured from left to right are Benzion, Roza and Ester Kwar.