The corpse of a prisoner lies next to the train tracks in Dachau. 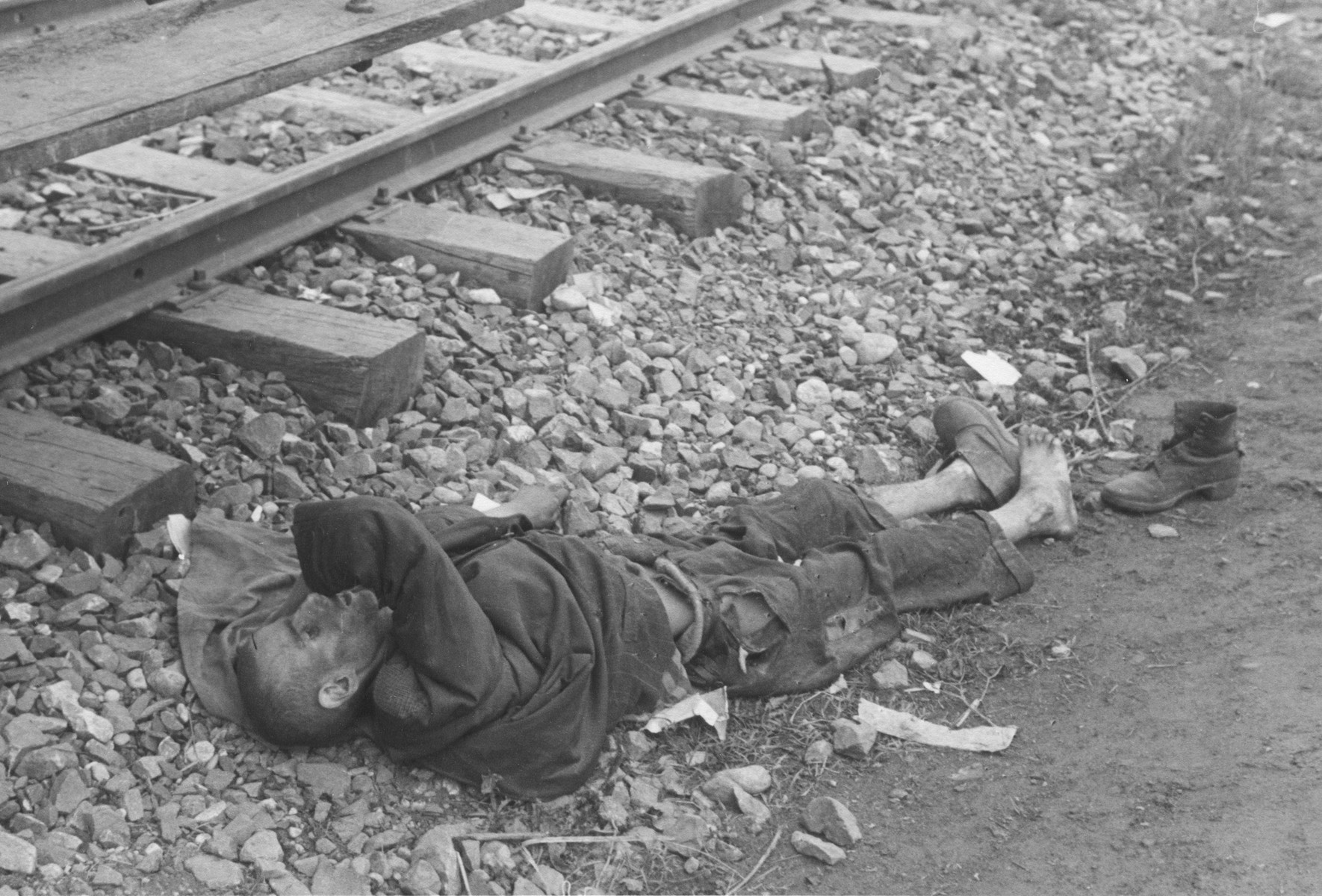 The corpse of a prisoner lies next to the train tracks in Dachau.

[Source: "Allemagne, avril-mai 1945: Photographies d'Eric Schwab." Centre historique des Archives nationales, Paris 2003, p. 52.]
https://www.ushmm.org/wlc/en/article.php?ModuleId=10005162.
Biography
Paul Richard Averitt, the son of Henry Clark and Bessie Baker Averitt was born in Nashville, Tennessee on August 7, 1923. Enlisting on January 30, 1943 at the age of 18, he was assigned to the U.S. Army 92nd Signal Battalion Company A. As a telephone/telegraph lineman, his duties included setting up the communications prior to the movement of troops. After spending over a year in England and Ireland, his company arrived at Normandy on July 13, 1944, joined Patton’s 3rd Army and traveled through Northern France, the Rhineland and Central Europe. Often the first to arrive in an area, Paul took hundreds of pictures to document his tour of duty. On April 29th 1945, only hours after its liberation he arrived at Dachau, came upon the horrific scenes, and captured them on film. He returned to the states and was released from duty on December 2, 1945.