Portrait of three-year-old Estera Horn wrapped in a fur coat . 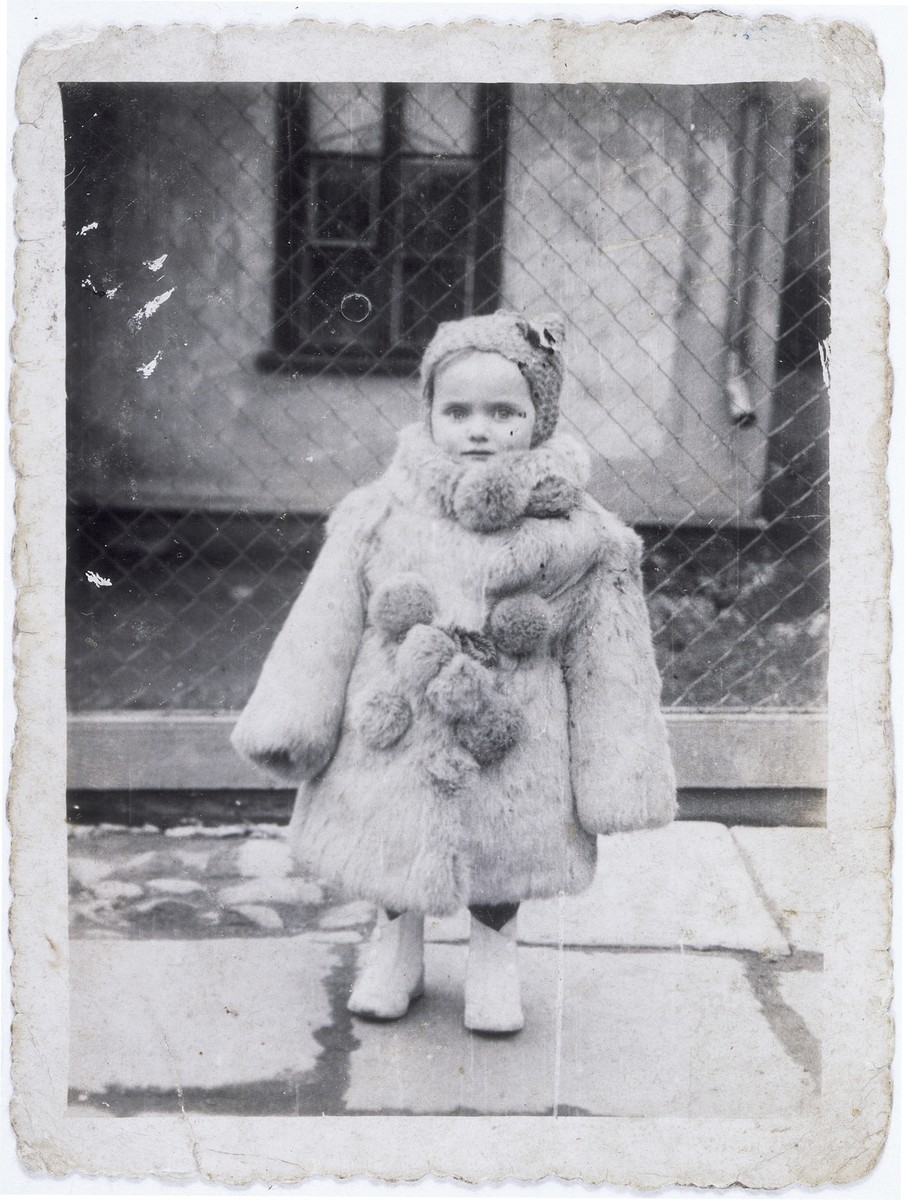 Portrait of three-year-old Estera Horn wrapped in a fur coat .

Biography
Maria Ochlewska (born Estera Horn) was born in January 1937 in Chelm. Her father was killed soon after the Germans invaded Poland. Estera and her mother, Perla Horn, were in the Chelm ghetto. At the end of 1942, during the liquidation of the ghetto, Perla took Estera and escaped the ghetto. They hid in the villages of Turka and Kamien near Chelm, but in either October or November 1943, Perla asked the Strus family, in Plawnice to take care of Estera. Perla tried to hide with a group of Jews in the nearby forest. They were discovered by Germans and killed. The Strus family had not intended on hiding a Jewish child, and when food became scarce in the spring of 1944, they looked for a new home for Estera. Jozefa Strus met Leokadia Wojtkiewicz and told her about Estera, now known as Marysia.. Mrs. Wojtkiewicz took Estera (Marysia) to Warsaw and placed her with her sister and brother-in-law, Joanna and Karol Kulesza. After the Warsaw uprising in the summer of 1944, the Kulesza family and Marysia were deported to a village outside of Warsaw. Marysia became sick with scarlet fever and was placed in a convent hospital in Laski. She was transferred from there to Krakow and placed in an orphanage. Mr. and Mrs. Ochlewski adopted her from the orphanage. Leokadia Wojtkiewicz wanted to adopt her as well, but felt that the Ochlewskis would have better conditions to bring her up. Estera (now known as Maria Ochlwska) maintained her contacts with Leokadia. In 1997 Leokadia Wojtkiewicz was awarded the honor of Righteous Among the nations by Yad Vashem.