A young Jewish couple from Poland walks along a street in Pisa, Italy. 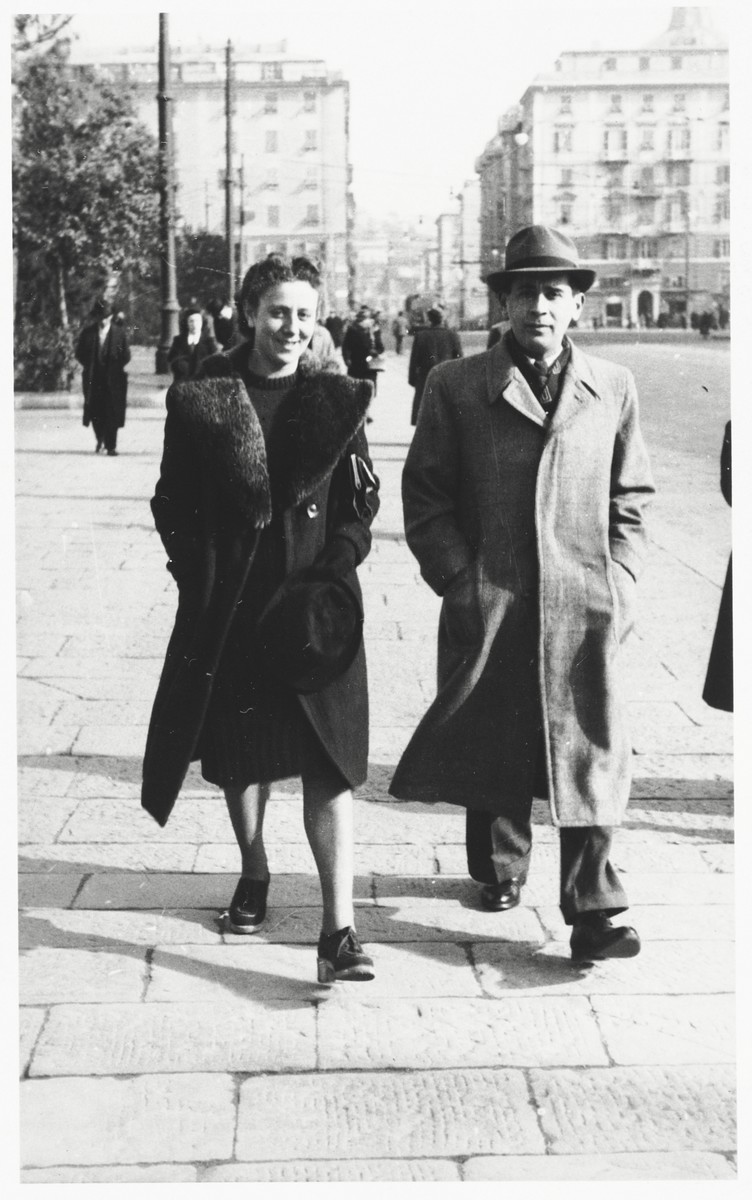 A young Jewish couple from Poland walks along a street in Pisa, Italy.

Chaja (Ringelheim) Rosenfeld is pictured on the left.