Group portrait taken on the occasion of Willem and Margje De Jongh's 25th wedding anniversary, included is Tswi Hershel who was living with them in hiding. 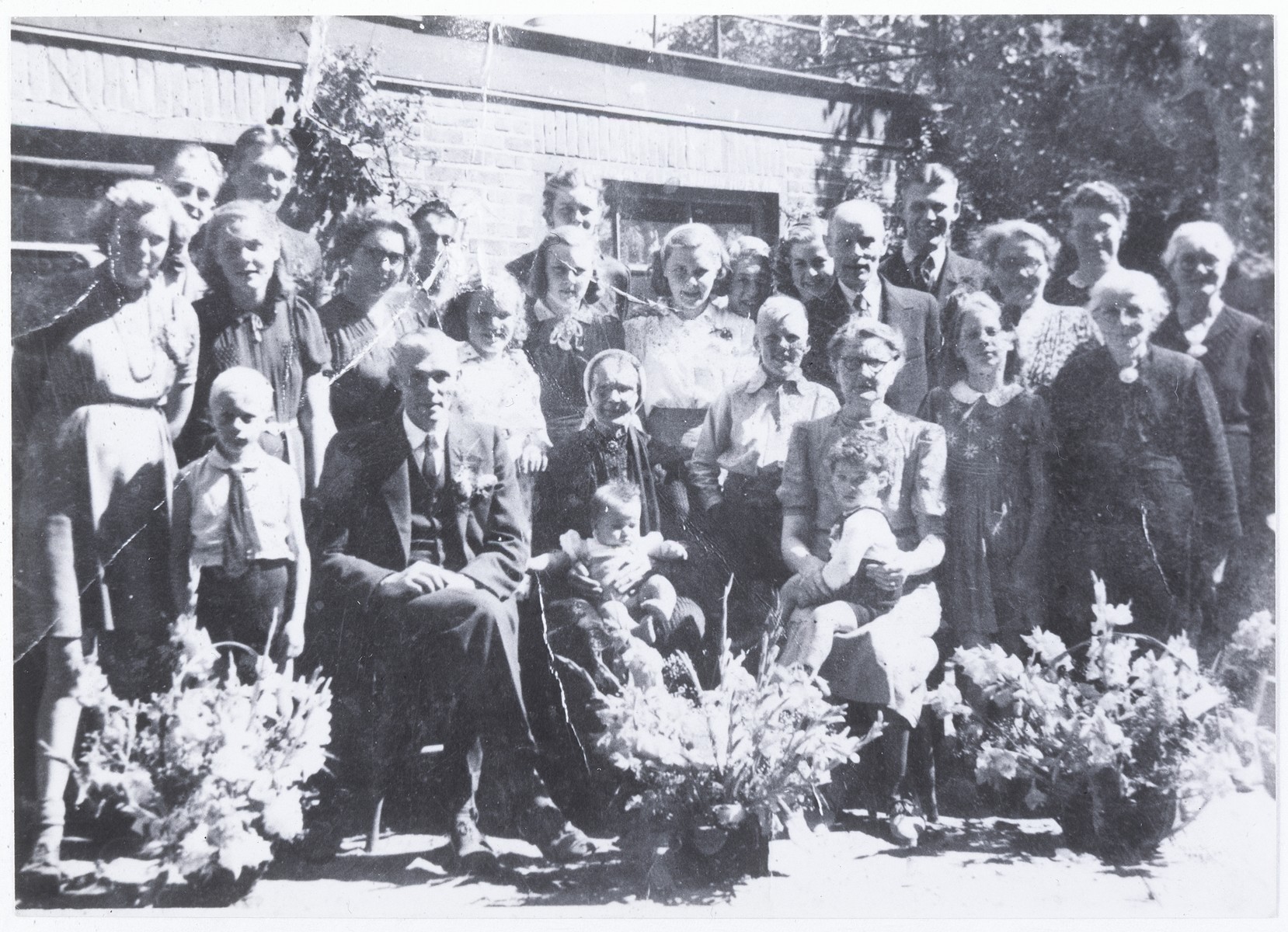 Group portrait taken on the occasion of Willem and Margje De Jongh's 25th wedding anniversary, included is Tswi Hershel who was living with them in hiding.

Biography
Tswi Josef Hershel is the son of Nico Louis Hershel and Ammy Weyel Hershel. Nico Hershel worked as an economist and teacher in a Jewish Gymnasium in Enschede. He also was an active Zionist. Nico and Ammy were wed on March 29, 1942, and seven months later, on November 1, 1942, the young couple was ordered to moved into the Hollandsche Schouwburg (the former Jewish theater where Jews were held for deportation to Westerbork). Ammy was seven months pregnant. She received permission to leave the theater, and together with her husband went to Zwolle where Tswi was born at the end of that year on December 29, 1942. In January, 1943 the family was ordered back into the Schouwburg. Nico contacted the wife of his former employer, Mrs. Schwencke and her daughter Christine, and asked them to take the baby into hiding. He also gathered up important family papers and sent them into hiding along with his son. In April 1943, the two women took Tswi, now three months old, to the de Jongh family in Oosterbeek. Wies de Jongh Spyker, daughter of Willem de Jongh, had recently married, and she treated Tswi like her own son - Henkie de Jongh. In September 1944, the de Jongh house was bombed during the battle of El Alamein. The family escaped serious injury by hiding in the basement but then moved to Utrecht. After the war, in May 1945, Tswi's paternal grandmother, Rebecca Hershel, found him. Nico and Ammy were deported to Westerbork in 1943 and later to Sobibor where they perished. Rebecca took Tswi away from the de Jong family and entrusted him to her daughter, Bella (Nico's sister). Bella had lost her husband during the war and had a daughter of her own born in 1942.