Peter Metzelaar sits at a kitchen table on a farm where he was hiding in the Netherlands. 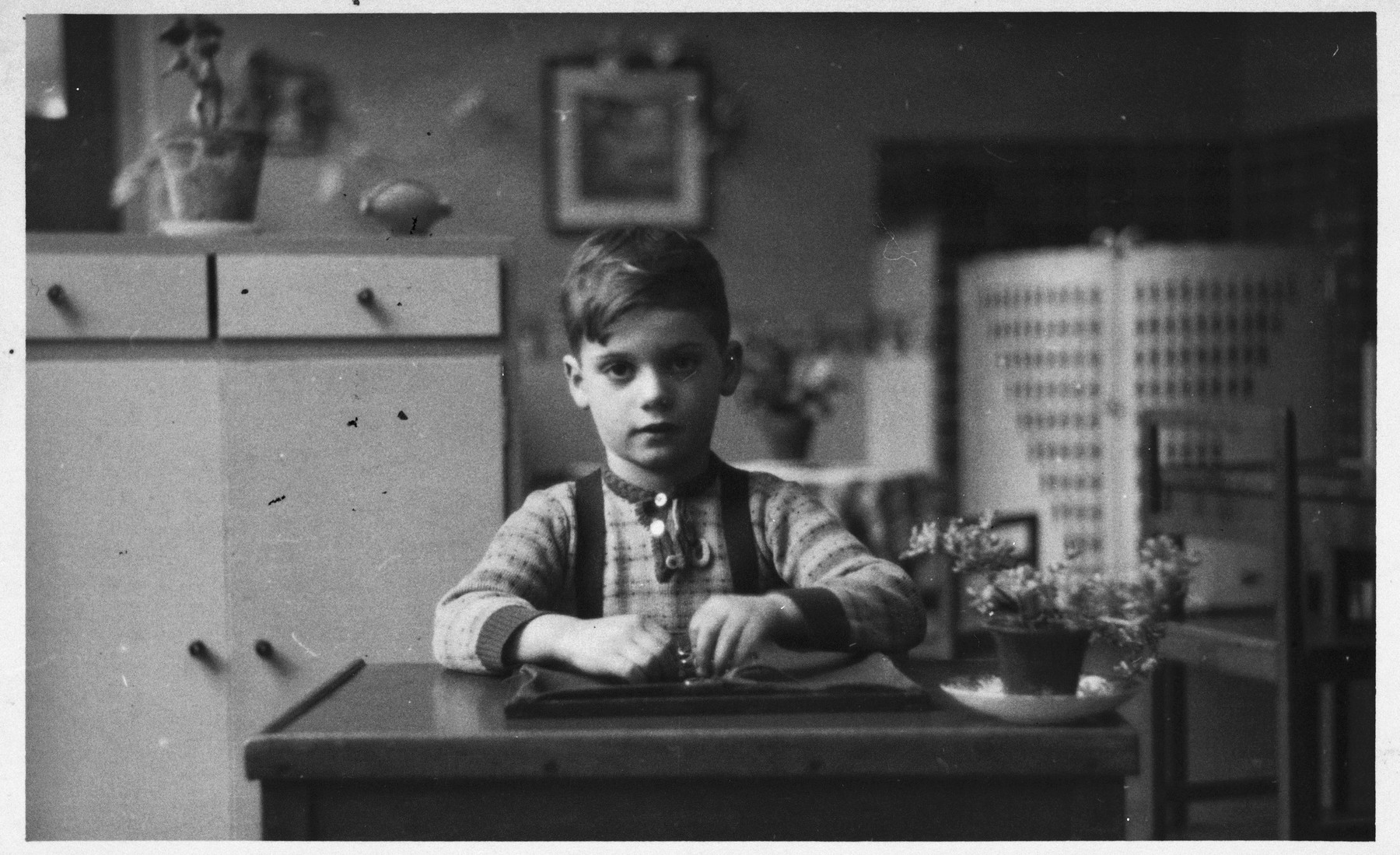 Peter Metzelaar sits at a kitchen table on a farm where he was hiding in the Netherlands.

Biography
Peter Metzelaar is the son of Simon Metzelaar and Elli Rubner Metzelaar He was born on October 26, 1935 in Amsterdam where his father worked as a tailor. In May 1940 Germany invaded the Netherlands, and the first round-ups of Jews began in 1942. Peter's father was among those arrested and sent to the Westerbork transit camp. From there he was sent to Auschwitz where he perished. With the help of the Dutch underground, Elli went into hiding together with her son Peter. Until their liberation, three years later, they lived in three different places in The Haag. At first they were hidden on farms in relatively good conditions. As the war wound down, conditions became less comfortable. After liberation, Peter and his mother returned to Amsterdam. They left Holland in March 1949 on board the Veen Darn and immigrated to America.