Children sit at a table in the orphanage at Helenowek. 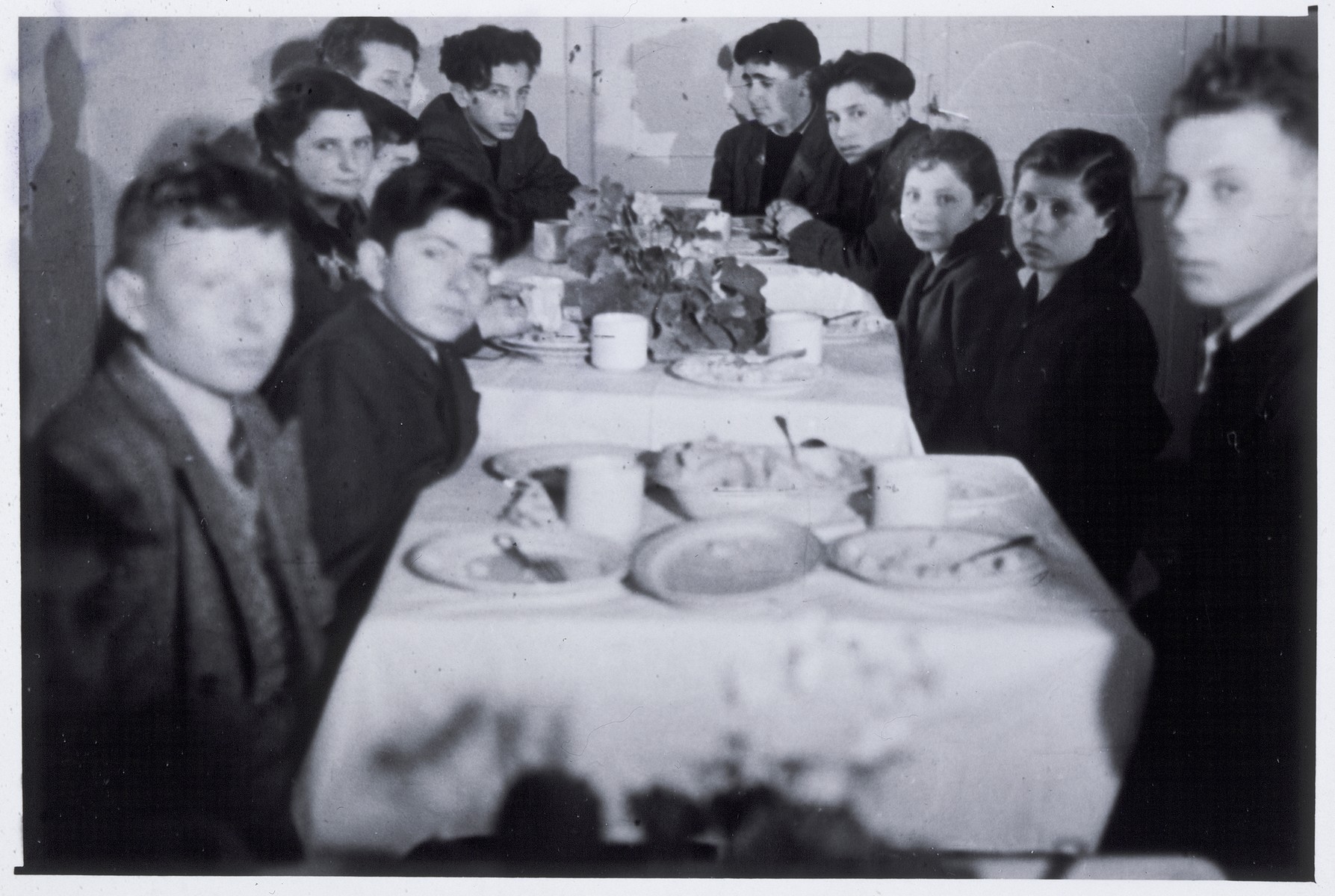 Children sit at a table in the orphanage at Helenowek.

Biography
Bronek Cyngiser is the son of Baruch Cyngiser and Noma Maria Milsztajn Cyngiser. He was probably born in April 1933 in Szydlowiec, Poland where his father was a leather merchant. Bronek had an older brother, Janek (b. 1929) and two sisters, Roza (b. 1927) and Lea (b. 1935). The family was relatively assimilated, had many Polish friends and spoke Polish at home. Baruch was mobilized into the Polish army in September 1939 and returned home after more than six weeks. Almost immediately after the German invasion, the Jews were forced into a ghetto. Baruch snuck out to obtain food for his family. In the spring of 1942 Baruch arranged with his Polish friend, Jan Jagiello, to take Bronek out of the Szydlowiec ghetto. Mr. Jagiello brought Bronek to his own house in the village of Krzeciny. Bronek became friends with Mr. Jagiello's granddaughter, Wiesia. She was instrumental in his blending in with other village children. Bronek learned how to herd geese and how to say Catholic prayers. Baruch Cyngiser managed to come and visit Bronek, and sometimes he was accompanied by Bronek's older brother, Janek. On September 23, 1942 the Szydlowiec ghetto was liquidated and more then 5,000 Jews were deported to Treblinka. Among the deported were Bronek's mother and his two sisters. Baruch and Janek managed to flee the ghetto and join Bronek in the Jagiello household. After a very short time they had to leave. They moved to the Przysucha ghetto, which was liquidated already on October 27, 1942. Again, Bronek, his father and brother managed to escape the round up of the Jews and fled to the countryside. They tried to hide near the Radomka River. Baruch Cyngiser was shot and killed during that escape. The two Cyngiser boys returned to the Jagiello farm. For the next two years Bronek and Janek Cyngiser wandered near their hometown of Szydlowiec. They stole potatoes, eggs and chickens. In the summer they slept outside, and in the winter they sought shelter in barns. They were in constant danger of being caught by local peasants. During all these years they always could come back to Jagiello and spend a few days in relative safety. Unfortunately Mr. Jagiello was denounced to the Gestapo and arrested. He was sent to Auschwitz, where he perished. This did not deter Mrs. Jagiello, who was always helpful to the boys. One day Bronek was caught by a peasant, who ordered him to cross himself in order to prove that he is not a Jew. Bronek by mistake crossed himself with his left hand and was taken immediately to the head of the village. He told his story in a believable way and was released. Janek Cyngiser, who was blond and had blue eyes, was able to find shelter, but Bronek, darker in appearance, was often alone in the woods. On January 15, 1945 the Red Army liberated the area, but the two Cyngiser brothers decided to stay and live as peasants. They were approached by Mr. Sztarkman, a representative of a Jewish Central Committee and taken by force to Lodz, where Jews gathered before immigration to Palestine. The boys escaped back to the village and to the Polish family Rajczak. Only in the winter of 1946, Mr. Kagan from the Committee took the boys to a Jewish orphanage in Helenowek, near Lodz. Both brothers declared numerous times that they do not wish to be Jews and prepared clothes in order to flee again, but Bronek eventually adapted to life in the orphanage. He improved his Polish, learned reading and writing and completed technical studies during his military service in Poland. In 1957 Bronek Cyngiser immigrated to Israel. His brother, Janek Cyngiser stayed in Poland until 1969.