Children in a Hebrew school in Genoa perform a Purim play. 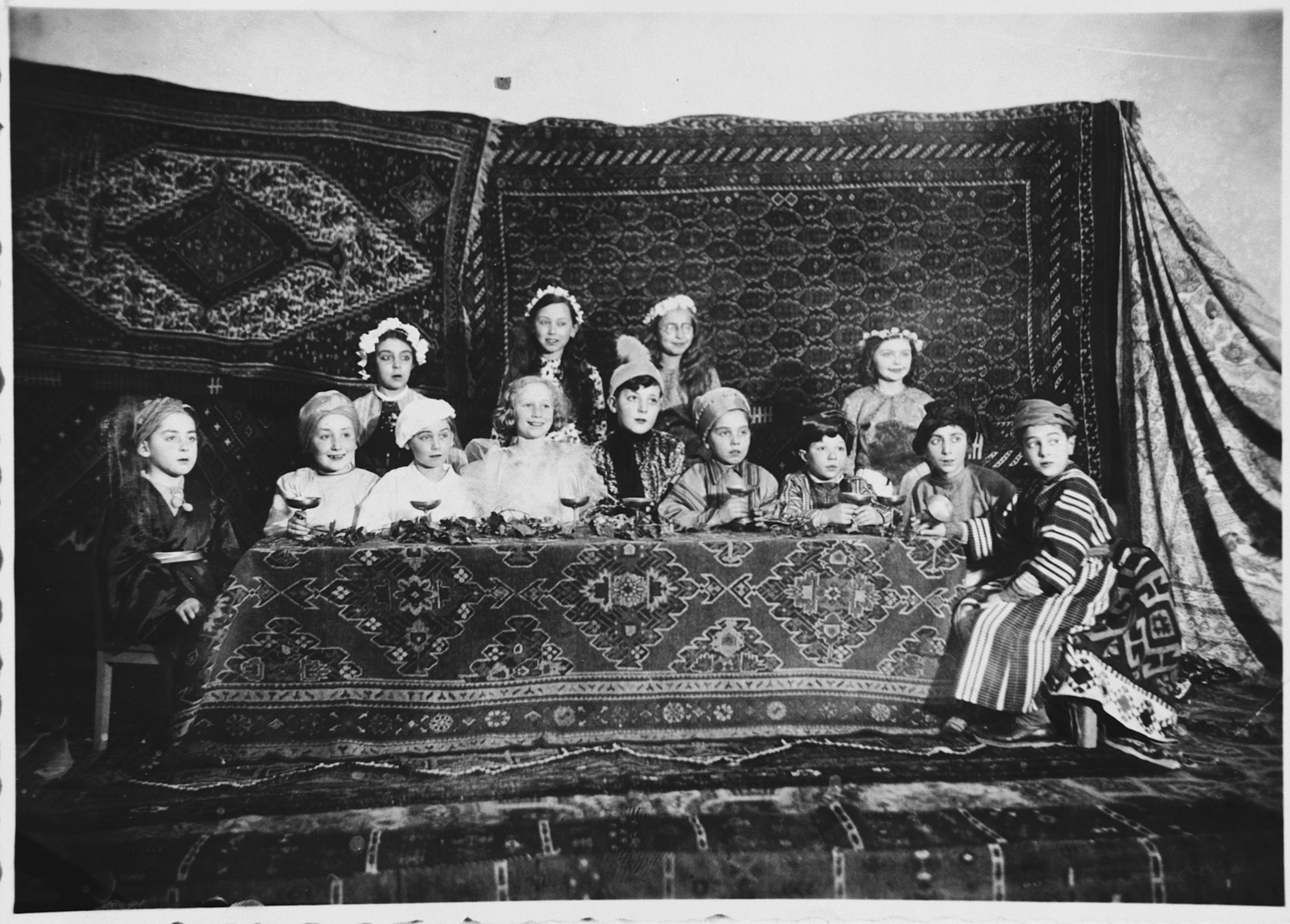 Children in a Hebrew school in Genoa perform a Purim play.

Emanuele Pacifici is seated at the left in the white beret.