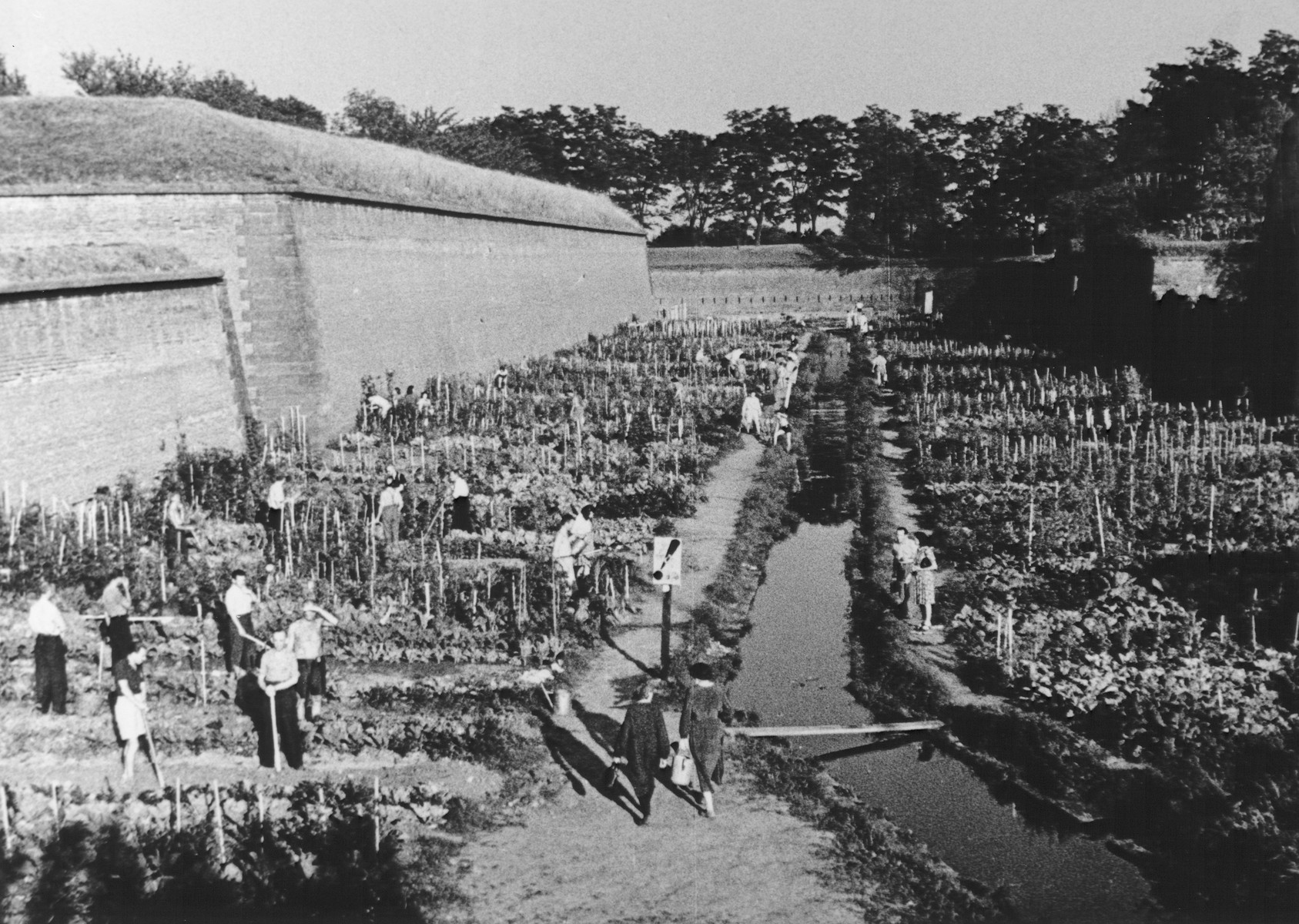 This work brigade was called the Stab Garten and was greatly increased in size for the filming.