A group of young Jewish men at forced labor in a lumber mill in Gorizia, Italy. 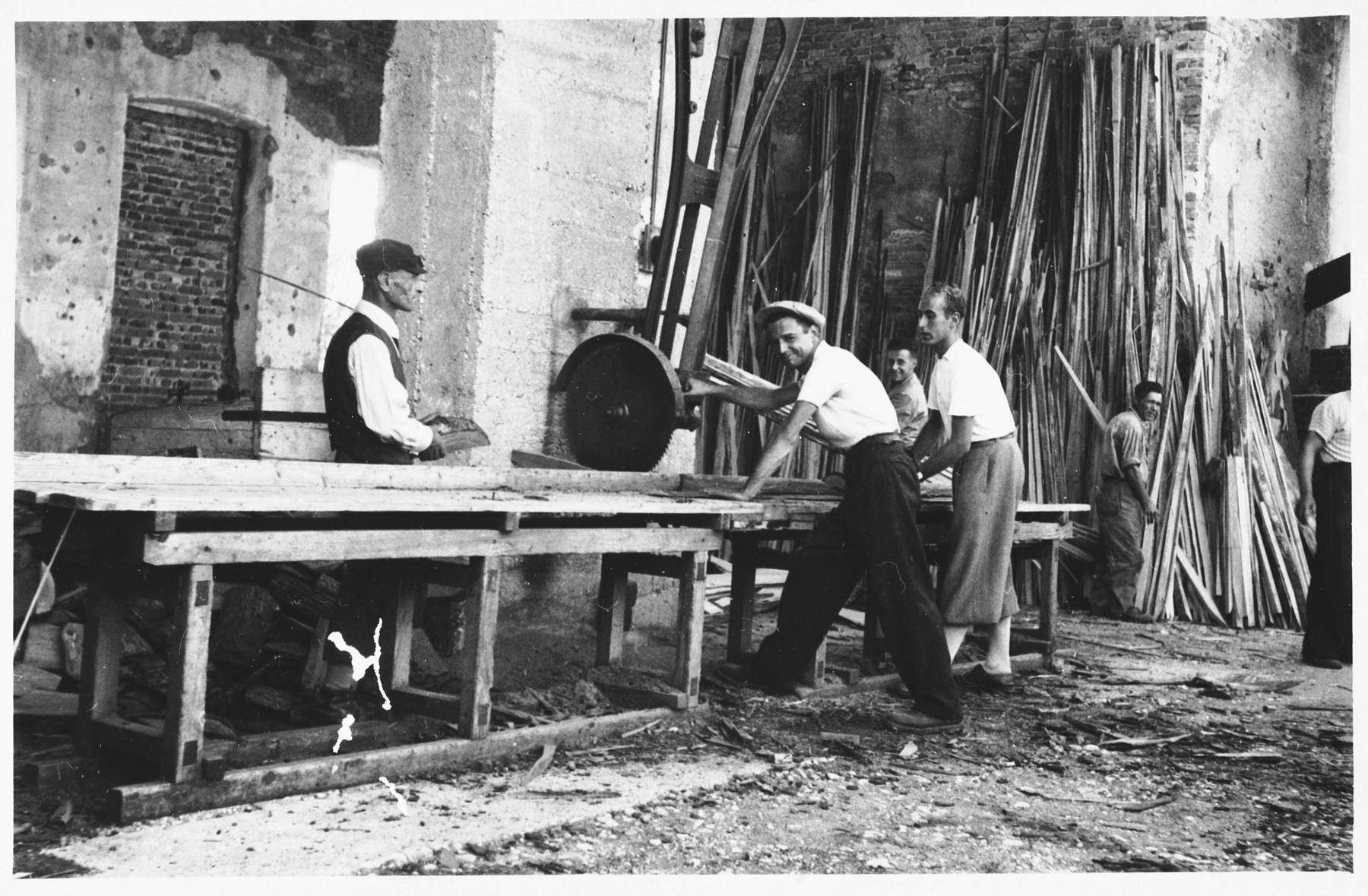 A group of young Jewish men at forced labor in a lumber mill in Gorizia, Italy.

Among those pictured are Marcello Morpugo (right, at the table) and Giacomo Donati (second from right at the table). Giacomo was later killed during the war as a partisan.

Biography
Marcello Morpugo is the son of Saldo Yedidya and Gilda Sara (Luzzatto) Morpugo. He was born March 4, 1919, in Trieste, Italy, where his father was the director of a sardine factory. Marcello had two older siblings, Silvia and Arigo, both of whom died before the war. When Marcello was still young, his father passed away. Following his death, Marcello moved with his mother to her hometown of Gorizia. Marcello attended elementary school in Trieste and high school in Gorizia. He then went to Padua to study literature and humanities at the university. He supported himself by giving private lessons. By the time Italy enacted legislation limiting Jewish access to higher education in 1940, Marcello had almost completed his studies. Therefore, he was allowed to remain, becoming one of the last Jews to graduate in 1941. After completing his studies, Marcello returned to Gorizia, where he was pressed into forced labor at a lumber mill on the outskirts of town. This situation continued until the fall of the Fascist regime in July 1943. Following the German occupation of Italy in September 1943, Marcello and his mother fled south. In October they went to Grado, an island in the Adriatic, but following the German seizure of the island, they moved back to the mainland. Marcello and Gilda spent the next two months in a village outside of Venice. In December they were approached by Carbinieri who came to round them up for deportation to Auschwitz. Marcello insisted that they were not Jewish and showed them his student ID. When the police asked to see a baptismal certificate, Marcello received permission to return to his hometown to retrieve it. Rather than return to Gorizia, Marcello went to the home of an Italian aristocrat whose children he had tutored. Alessandro Wiel helped him obtain a false identification card, under the name Mario Martino, and found an apartment for Marcello and his mother where they could live openly as non-Jews. Marcello spent the rest of the war living as a non-Jew, supporting himself and his mother by teaching in a small school that he established. In 1997 Yad Vashem recognized Alessandro Wiel and his wife, Luisa, as Righteous Among the Nations.