The bodies of prisoners who perished during the evacuation of Auschwitz-Birkenau lie covered in snow on the main street of the camp immediately after the liberation. 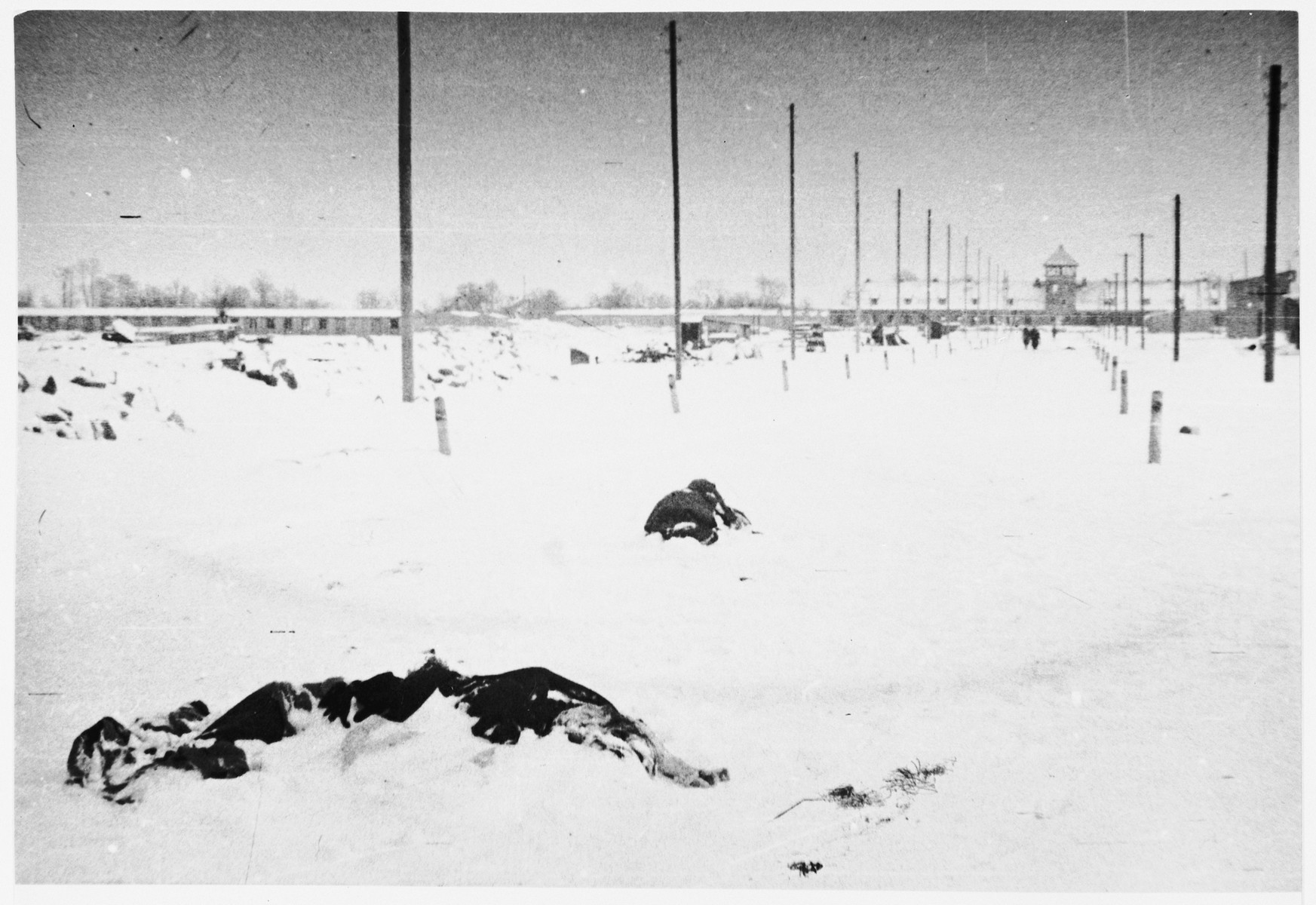 The bodies of prisoners who perished during the evacuation of Auschwitz-Birkenau lie covered in snow on the main street of the camp immediately after the liberation.

Original caption: "The trail of evacuation, marked by bodies every few steps. Those who fell were killed on the spot."