Members of the Bundist youth movement in Chmielnik. 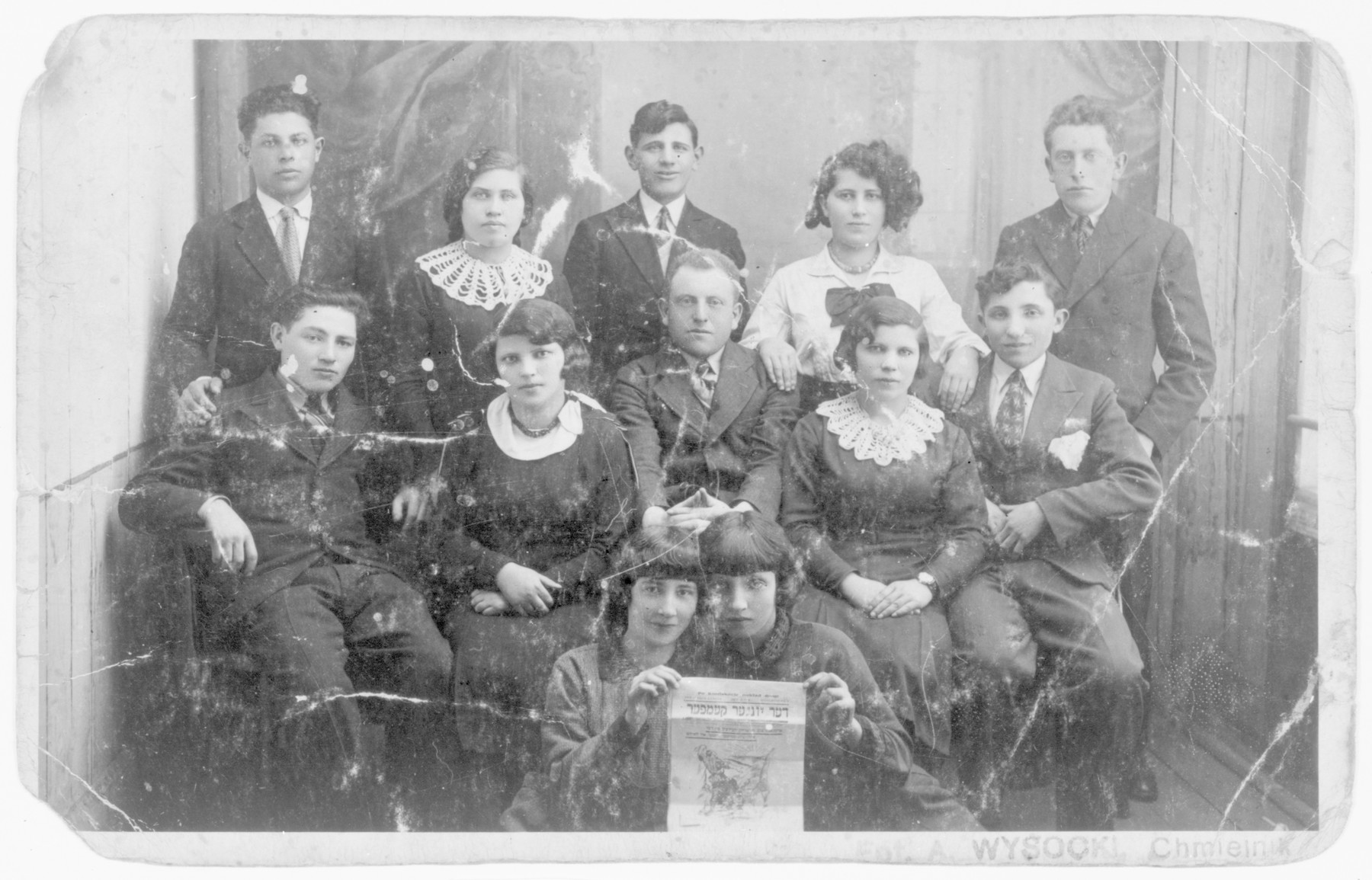 Members of the Bundist youth movement in Chmielnik.

Biography
Janine Janowski is the daughter of Gedalia (George) Janowski and Gitta Finkielsztajn Janowski. Gedalia was born in Pabianice, Poland in 1912 and had four siblings. Gitta was born in Chmielnik, Poland in 1904, where she was one of 12 children. Both Gedalia and Gitta immigrated to France in the mid-thirties; they met and married soon thereafter. Gedalia worked as an electrician, and Gitta was employed in a lingerie workshop. Their oldest child, Leon, was born in Paris in 1938. Janine was born in Paris on September 26, 1940, four months after the German invasion of France. The entire family went into hiding. Gutta obtained false papers by bribing the chief of police. Gedalia was arrested and taken to Drancy in 1941. After five months, he was among 800 prisoners who were released following a visit by the Red Cross. After Gedalia's release in July 1941, the family left Paris for Le Mont Dore in the Free Zone near Clermont Feront. Gedalia and Gitta assumed the names of Jean Roger and Mme Barthel. After a while Janine's parents separated, and Gedalia returned to Paris. They eventually divorced in 1948. Gitta supported the family by trading. She moved back and forth between towns while her children lived with her younger sister, Helene. After liberation Gitta sent Janine and Leon to a Catholic school in Paris for six months. Gitta later retrieved her children and sent them to a public school. All of Gedalia's siblings, and four of Gitta's siblings (Bluma, Victor, Pola and Dobra) perished in Poland. Three other siblings, Helene, Szmuel and Benjamin, survived in France and another brother, Zygmund, survived in Poland married to a Polish woman.