Group portrait of members of the children's committee of the Jewish Zugob school, sponsored by the Jewish Artisan Association. 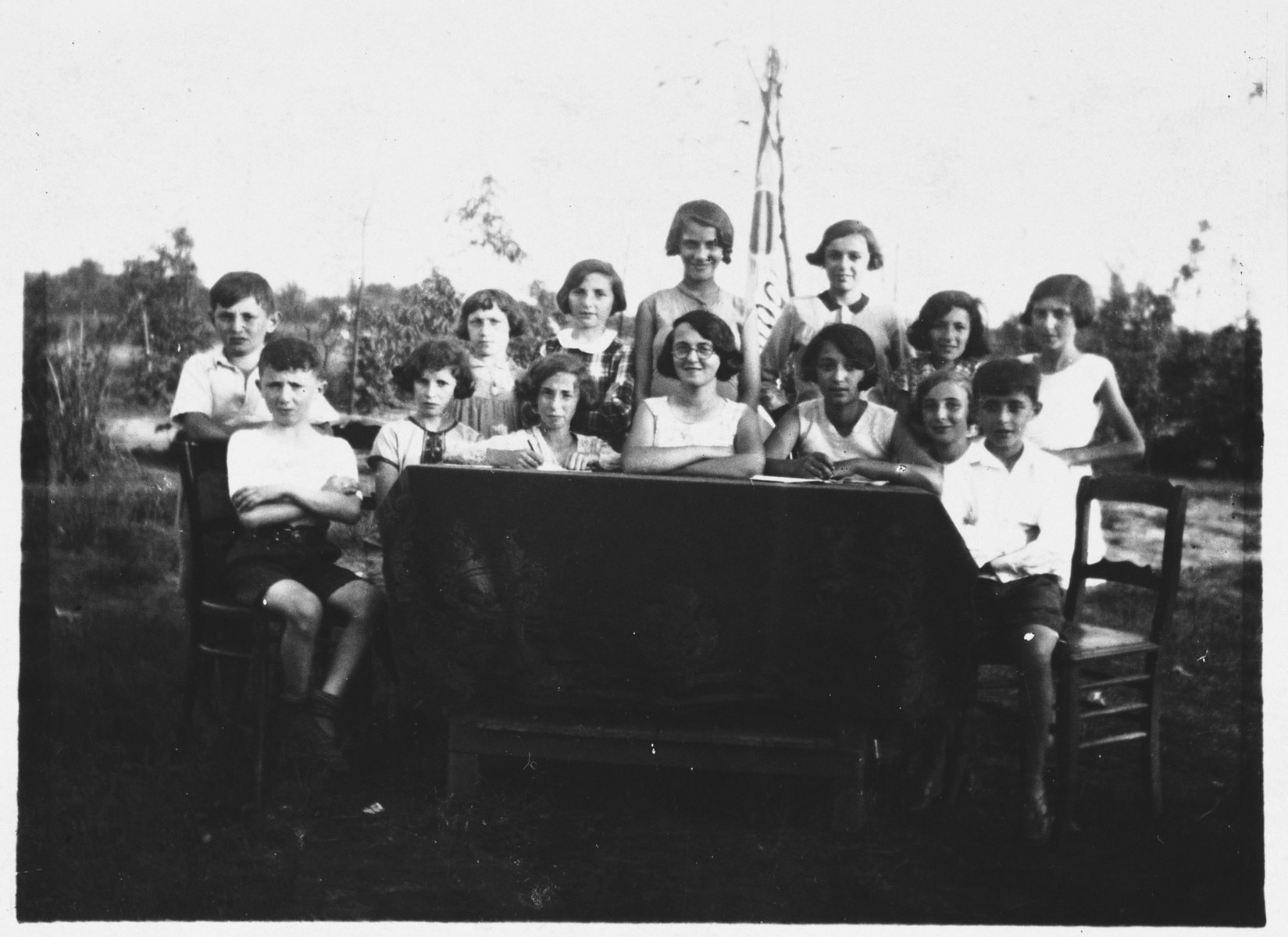 Group portrait of members of the children's committee of the Jewish Zugob school, sponsored by the Jewish Artisan Association.

Among those pictured (seated center, wearing glasses) are [first name unknown] Erlichman, who was a shoemaker in Antwerp; and (standing far right) Lily Bock.