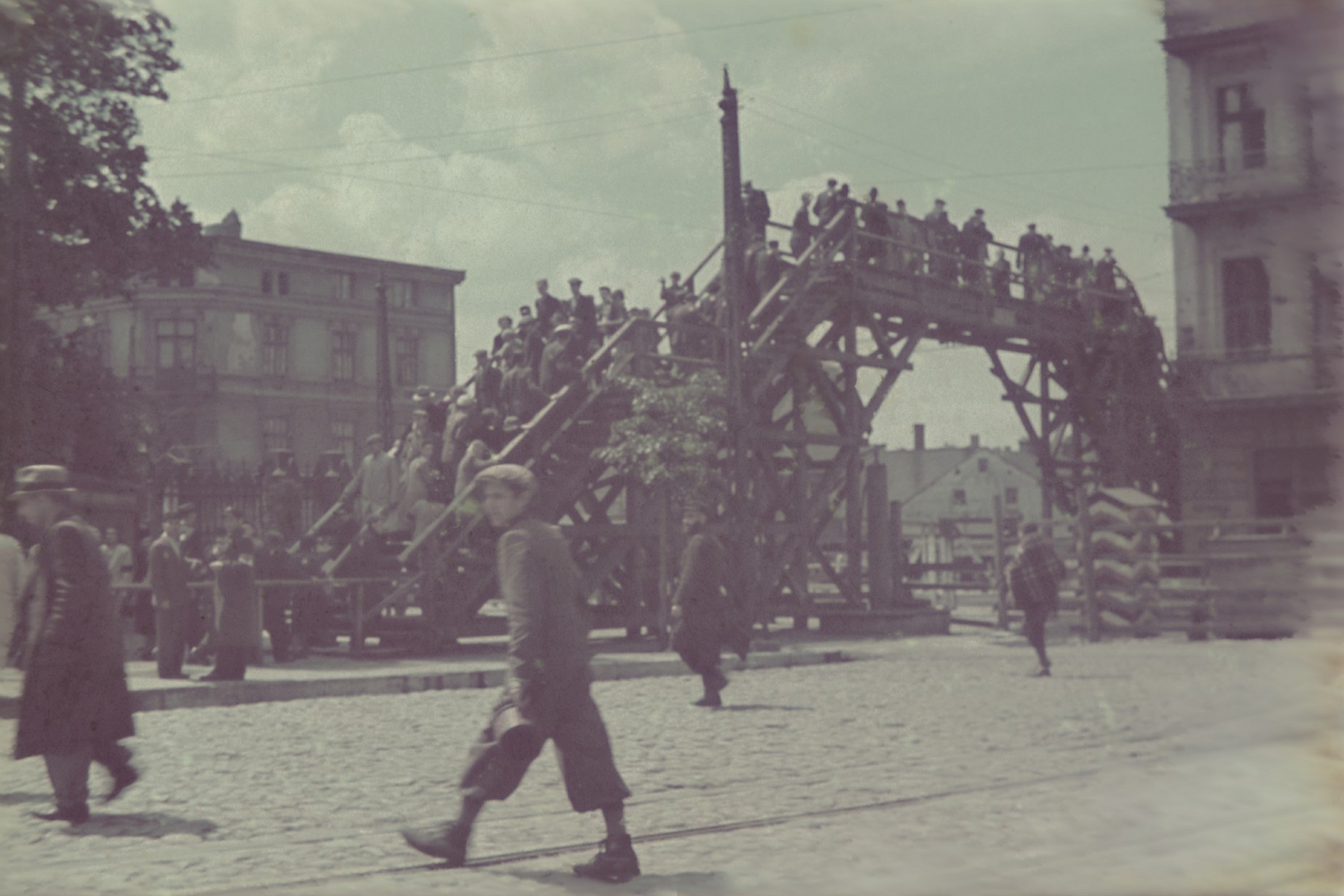 Event History
The Lodz ghetto was divided into three sectors by two major throughfares which passed through, but did not belong to the Jewish district. Wooden and barbed wire fences prevented access to these main streets by ghetto residents. But Jews were allowed to traverse the streets by means of three wooden pedestrian bridges, accessed by steep staircases.

See https://www.ushmm.org/wlc/en/article.php?ModuleId=10005174.
See Also "Kauen Main Camp" in Encyclopedia of Camps and Ghettos Volume 1 Part A.
Biography
Walter Genewein (5/4/1901-1974) was born in Austria. He joined the Nazi Party in 1933 and was given the post of head of the Lodz ghetto economy serving under Hans Biebow. Genewein was also an avid amateur photographer who took color slides of the ghetto and the surrounding area.