Group portrait of the staff of the Masgelier children's home operated by the OSE (Oeuvre de Secours aux Enfants). 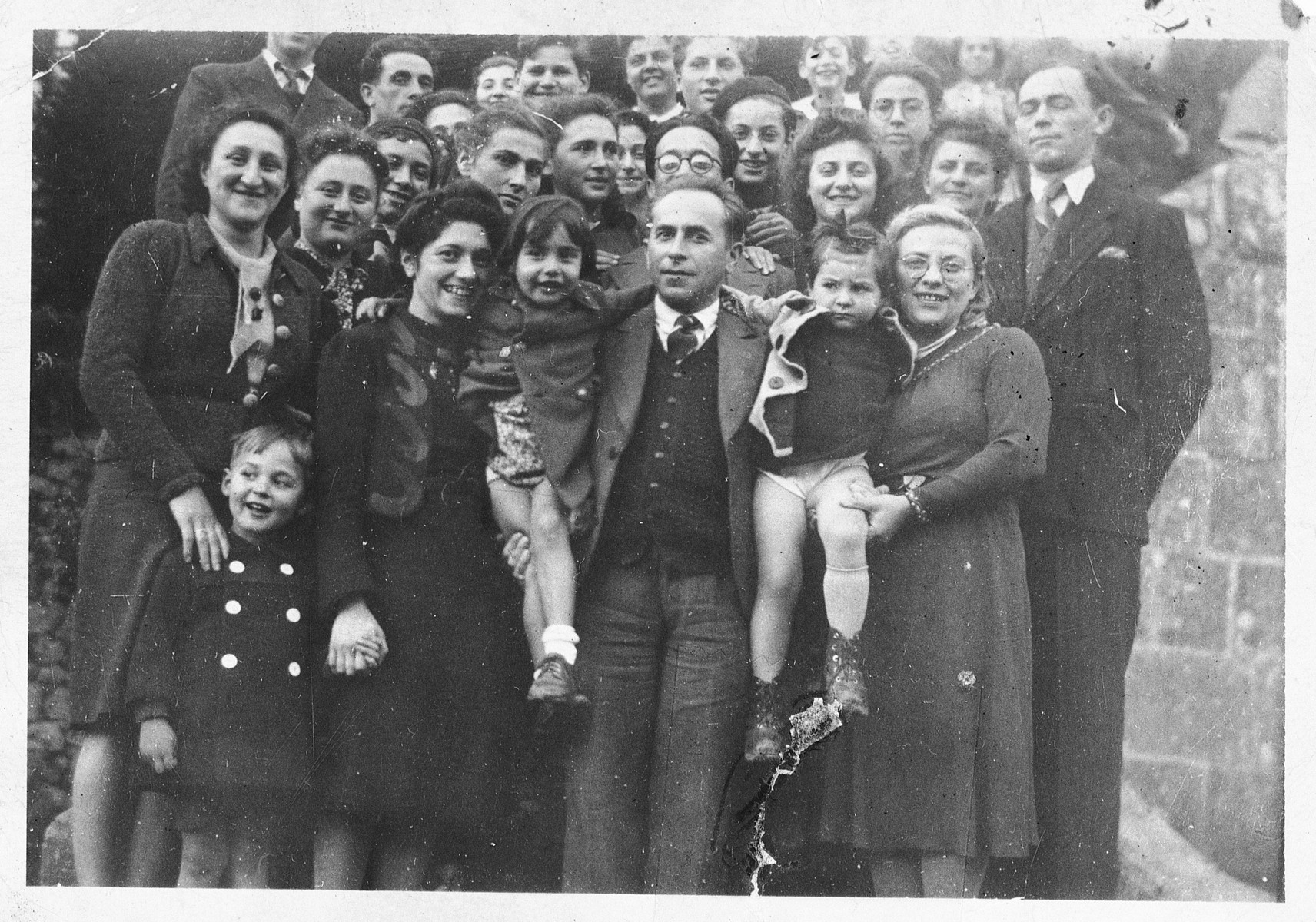 Group portrait of the staff of the Masgelier children's home operated by the OSE (Oeuvre de Secours aux Enfants).

Among those pictured are Dr. Bloch and Gertrude Bloch.

Biography
Paula Blue (born Paula Goldlust) is the daughter of Bernard and Manya Goldlust. She was born January 30, 1930 in Konstanz, Germany, where her father owned a clothing business. She has one older brother, Leo (b. 1924). During the Kristallnacht pogrom of November 9-10, 1938, Bernard was arrested and sent to the Dachau concentration camp. After his release he immigrated to London, hoping that his family would join him soon. However, in 1940 Manya and the children were arrested and deported to Gurs in southern France. They remained there until the spring of 1941, when they were transferred to the Rivesaltes internment camp. The children were released through the intervention of the OSE (Oeuvre de Secours aux Enfants). Paula was brought to the Masgelier children's home, where she remained from October 1941 until 1943. Leo was taken by the Eclaireurs Israelites (the Jewish Scouts) to Moissac. When the OSE was forced to abandon its homes, Paula was hidden in Chambery and Annency. She also was hidden for brief periods with the with the Salvation Army, in a monastery and with some peasants, before she was escorted over the border into Switzerland. Leo also survived. Manya, however, was deported from Rivesaltes to Auschwitz where she perished in 1942. Bernard, plagued by concern for his family, passed away in London in 1943 .