Portrait of a young toddler, Faigele (Angelika) Sztodoszka, with a bucket and spoon. 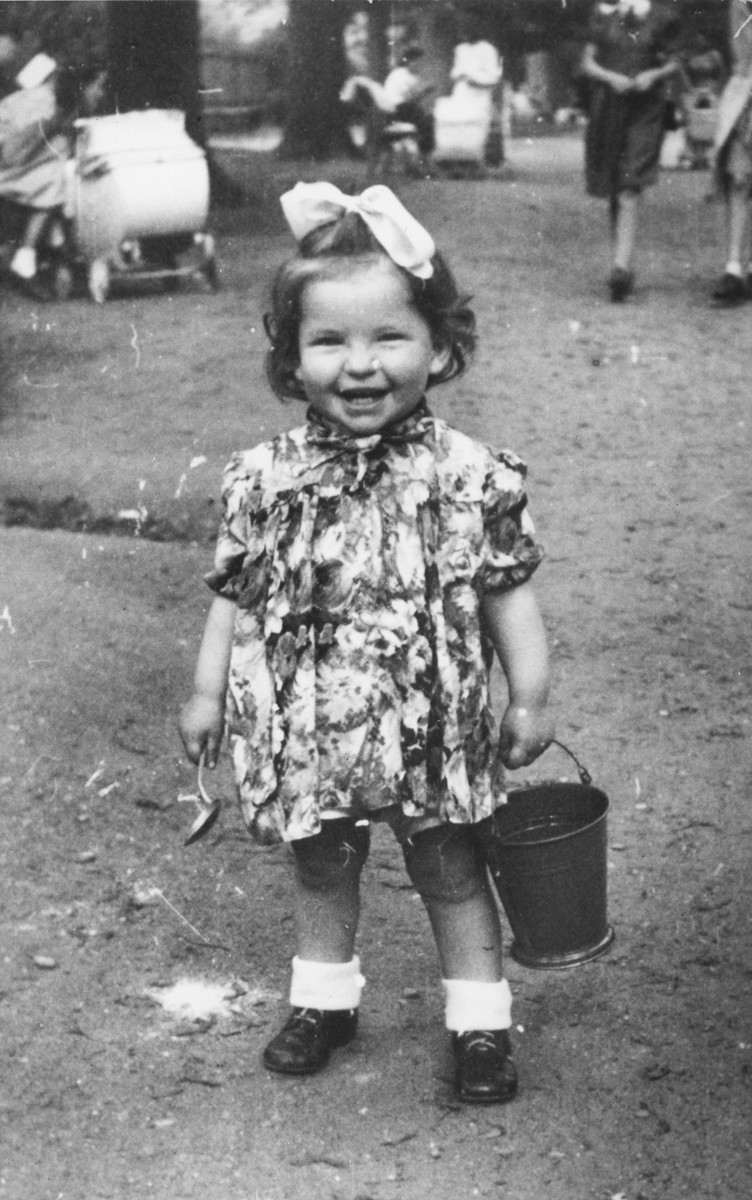 Portrait of a young toddler, Faigele (Angelika) Sztodoszka, with a bucket and spoon.

Biography
Mordchaj (now Morton) Cieply is the son of Beinisch Cieply and Cutzyl Zajac. He was born on April 8, 1922 in Lodz Poland where his father was a porter. He had a younger sister Freidl, born 1925. His brother Eliezer Avraham was born in 1928, the same year his father passed away, in July 1928. His mother and her three children remained in their same apartment even after the ghetto was established. Mordchaj worked in the ghetto transporting goods from the distribution points to the kitchens and factories. In August 1944, the family was deported to Auschwitz where they stayed for two weeks. During that time, Mordchaj's mother and two siblings perished. From Auschwitz, Mordchaj was sent to the Gross Rosen, Flossenbuerg and Buchenwald concentration camps. As soon as he arrived in Buchenwald he was sent back to Flossenbuerg. At this point, Mordchaj managed to sneak into a stables and hide and thus avoid another death march. He was liberated by the American army on April 24, 1945 at the age of 23. After liberation, he was hospitalized in a hospital near Flossenbuerg to recover from typhoid. Afterwords he went to the Regensburg DP camp where he lived for four years prior to his immigration to the United States. After coming to the United States in March 1949, Mordchaj settled in Pittsburgh and married Lillian Simon.