Document, in lieu of a visa, allowing Helga Hirschfeld to be admitted to the United Kingdom under the care of the Inter-Aid Committee for children. 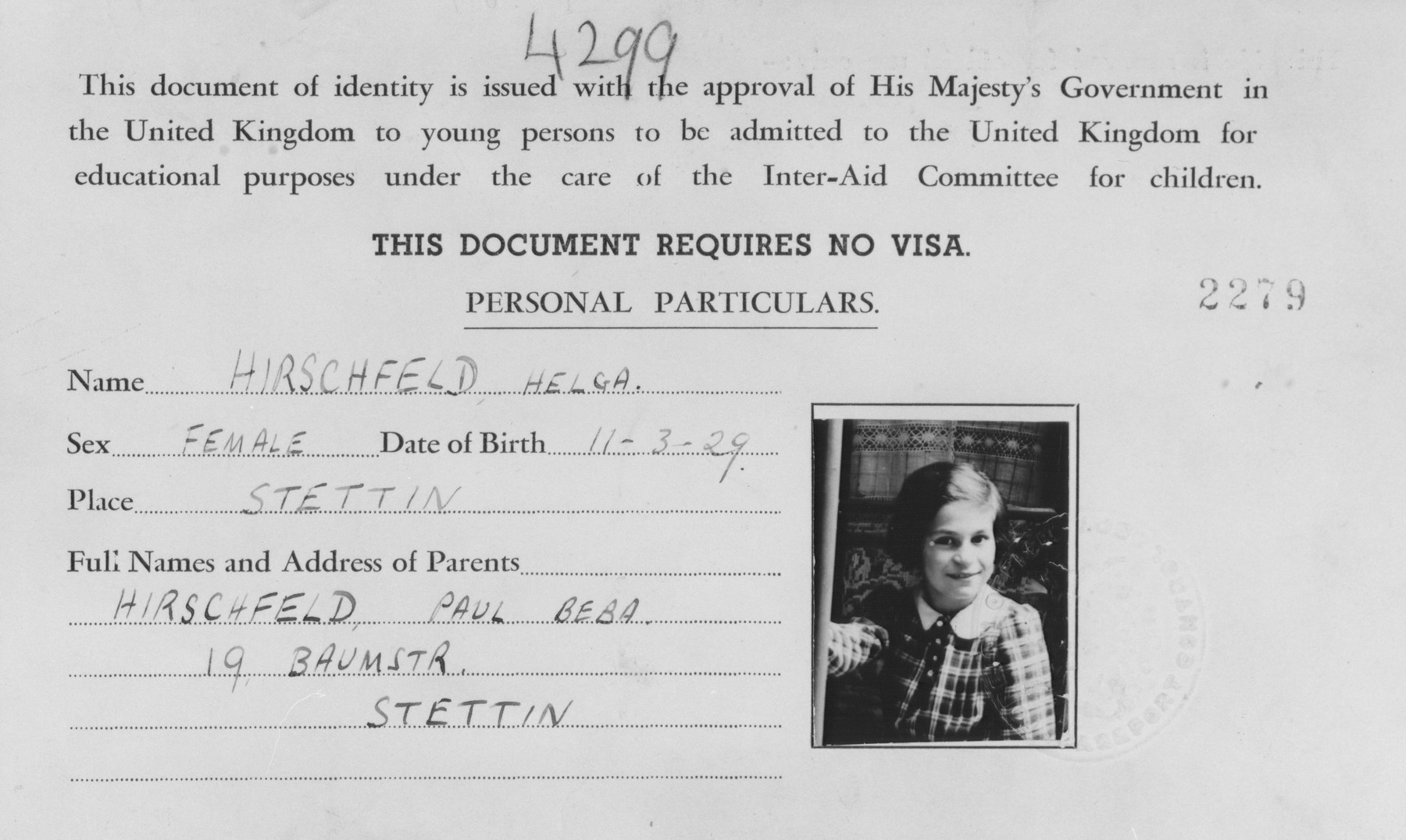 Document, in lieu of a visa, allowing Helga Hirschfeld to be admitted to the United Kingdom under the care of the Inter-Aid Committee for children.

Biography
Helga Hirschfeld is the daughter of Paul Hirschfeld and Batsheva Zemach Hirschfeld. She was born on March 11, 1929 in Stettin Germany. Her older sister Inge was born in 1924. In the late 1930's Paul and Batsheva searched for ways for the family to leave Germany. They arranged for the girls to go to England and hoped to find safe refuge in Shanghai for themselves. Paul Hirschfeld accompanied his daughters to Hamburg. From there the two girls sailed to Southhampton on January 14, 1939 on board the SS Manhattan. Their mother's cousins greeted them at the harbor. Inge went to live with her cousins, and Helga was brought to an ultra-orthodox hostel in London. Since Helga had been raised in a religiously liberal household, she felt quite uncomfortable there. However, she was able to visit her relatives on the weekends. After the start of World War II, she was evacuated to the countryside. During the following years she lived in a boarding school Henley-an-Thames, with the family of Barthold Hesse in Shipley, and with a cousin. When she turned 15 she lived on her own in London. In 1947 her sister Inge immigrated to the United States, and Helga followed her in 1951. Their parents never succeeded in fleeing to Shanghai. Paul and Batsheva were sent from Stettin to Berlin to work in factories. From there, they were deported to Auschwitz where they perished, probably in 1943. Helga's grandmother, Helena Hirschfeld, was deported to Theresienstadt where she perished at the age of 80.