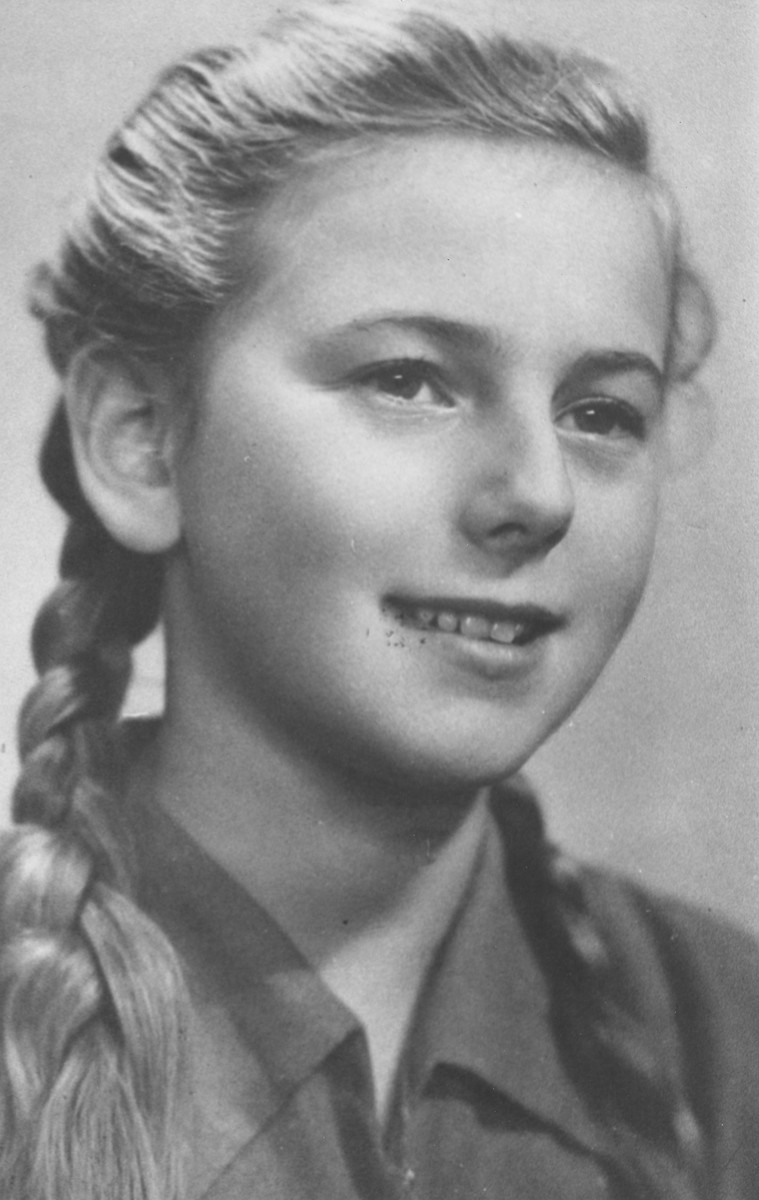 Biography
Gustava Singer (now Jane Applefield) is the daughter of Aldjzy Singer and Mania Nabel Singer. She was born on June 4, 1935 in Krakow; her younger sister Sara was born in 1938 and died in 1940 from diphtheria. Until 1939 her father owned a hardware store in Nowy Targ. Following the onset of World War II, the family fled to the Soviet Union but later returned. To escape from the Nowy Targ ghetto, they went to Niepotomice where Mania had family. On their arrival they realized that the situation for Jews was no better than elsewhere, so Gustava and her parents tried to escape one more time. They left the town during the night but were discovered by the Polish police. They were beaten and sent back. Realizing that there was no way to escape, Aldjzy and Mania arranged for an ethnic German Polish nursemaid named Maria to take Gustava with her to Krakow under the pretense that she was her niece. In the meantime, Aldjzy, though imprisoned in the Krakow ghetto, managed to buy the birth certificate of a Polish girl the same age as his daughter from a priest. Gustava took her identity and assumed the new name, Krystina Antoszkiewicz. Aldjzy also arranged for Gustava to stay in Myslenice with a 21 year old cousin of his who possessed falsified Polish papers. One day she told Jane she was meeting her Polish boyfriend in a café, and that Gustava should wait in a nearby Church. She never returned; the Gestapo raided the café. Gustava later learned that her cousin had gone to attend a meeting of the resistance. Left alone, Gustava, then only seven years old, waited for hours and then walked through the streets crying. Alicija Gotab, a Christian woman, found her and arranged for the young girl to stay at a farm on the outskirts of Krakow owned by the Catholic Church and run by Jan Gotab. Gustava remained there until the end of the war. Aldjzy moved from the Krakow ghetto to the Plaszow concentration camp where he performed slave labor at a cable factory in Krakow. He later was sent to Theresienstadt where he survived the war. Gustava's mother did not survive. After the war a cousin of Aldjzy found Gustava and brought her to a refugee center and from there, to an orphanage run by Lena Kuchler. One day Lena told Gustava that her father was alive. Aldjzy found her and brought her to Nowy Targ. Threatened by Poles, he slept with a gun at his side. Gustava and her father immigrated to the United Sates in 1947 on board the Marine Falcon. Shortly after arriving, Aldjzy married Sadie Ulman and in 1955, Gustava (now Jane) married Jerome Applefield.