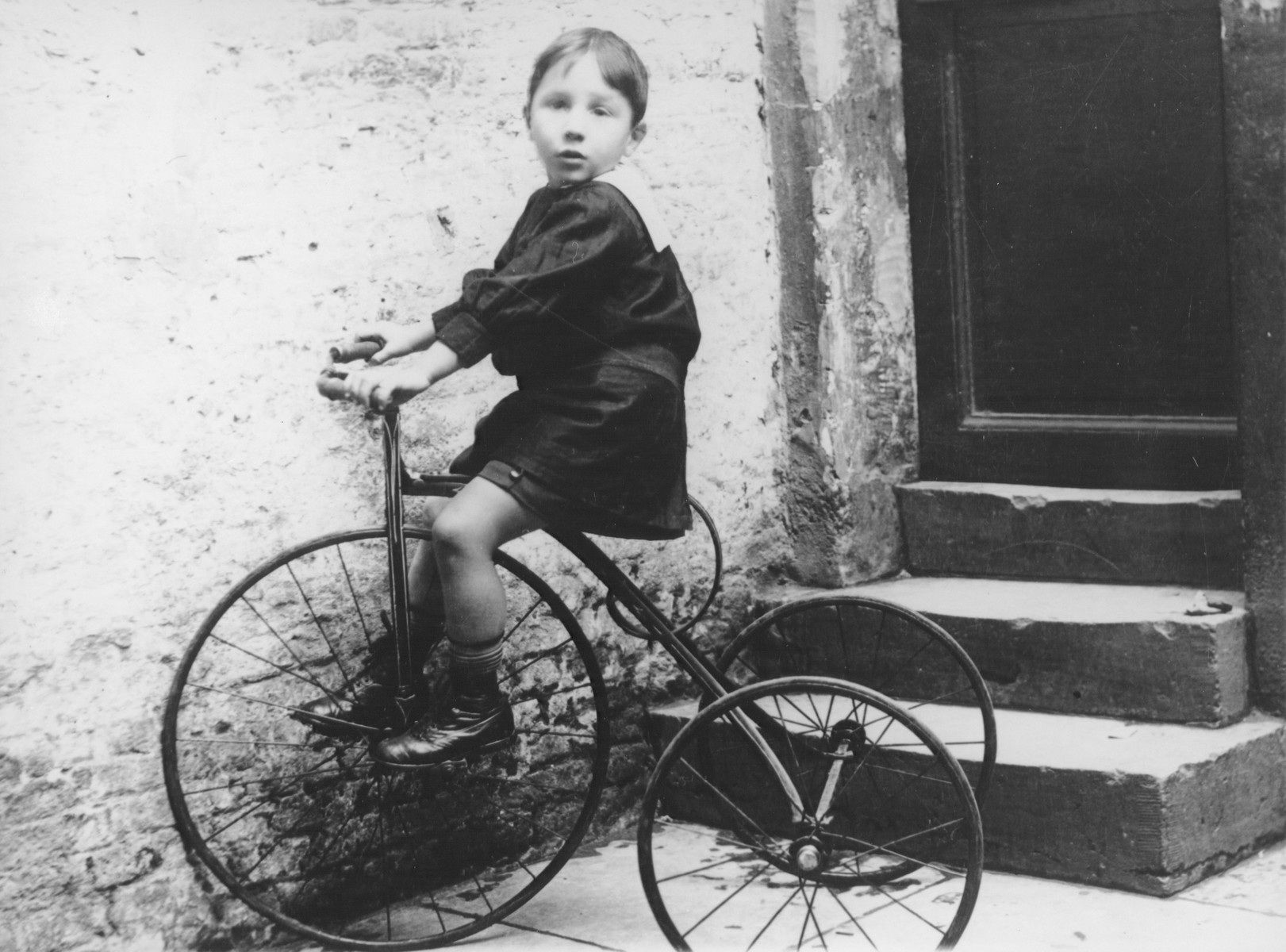 Biography
Paul Halter is youngest child of Joseph Mordechai Halter (c1888-1942) and Ryfka Horowitz (1890-1942). He was born on October 10, 1920 in Geneva, Switzerland . His father was born in Warsaw but moved to Switzerland as a young man, living first in La Chaux de Fonds and then in Geneva where he married Ryfka Horowitz (1890-1942). Joseph and Ryfka gave birth to a daughter Marie (1915) and to two boys, Samuel and Paul. Marie died in 1921 from bronchial-pneumonia, and soon thereafter the family relocated to Brussels where Joseph worked as a watchmaker. Joseph also belonged to an international Esperanto society and maintained an active correspondence with members from around the world. As a teenager Paul became politically involved and led a left-wing student group together with Andree Ermel who later became a colleague in the resistance. Following the Nazi invasion in May 1940, Paul was mobilized and together with other military-aged men, boarded a train for France. After Belgium's capitulation, Paul met his brother who was working in a hospital in Toulouse. Samuel informed him that their parents had fled to Vichy. The two brothers joined them there, and later the whole family returned together to Belgium. Paul began studying law, and Samuel completed his medical degree. The following year, the Nazis imposed a number of anti-Jewish measures. Paul became determined to resist Nazi rule; his father, however, felt obligated to cooperate. He registered the family as Jewish and wore a yellow star. Paul and Samuel both refused to wear the star and joined the resistance. After the family received orders to report to Malines for deportation, Paul gave his parents false papers and instructed them to flee to Switzerland. Unfortunately, the Germans realized the papers were false. Joseph and Ryfka were arrested in Besancon, France and were sent to Drancy. In August 1942 they were deported to Auschwitz where they perished. After their arrest Samuel escaped to England where he organized a hospital for the Belgian navy. Paul continued his activities in the underground Solidarite under the alias, Pierre Dumortier. He became a leader of the Partisan Armee in Brussels and was involved in many different actions including the assassination of collaborators. On May 20, 1943 together with Andree Ermel, he led a daring rescue of fourteen Jewish children who the Gestapo were about deport from the Couvent du Tres Saint Sauver. The following month, on June 16, 1943, the Gestapo arrested Paul and imprisoned him in St. Gilles. Since he was carrying false papers and lots of money with him at the time of his arrest, Paul insisted that he was simply a Jewish black marketeer who was selling false papers. Because he declared himself to be Jewish he was not shot on the spot, but transferred to Malines. From there he was deported to Auschwitz in September 1943 and sent to work in a coal mine in the satellite camp of Fuerstengrube. When the Soviet army approached Auschwitz in January 1945, Paul refused to participate in a forced death march and remained behind. He was liberated on January 31, 1945 by the Red Army. After liberation, he stayed for a month in Lublin, and then went to Odessa, before returning to Brussels in April 1945. On August 16, 1945 he married Perla Nisenbaum in Brussels. Samuel returned to Belgium from England in 1945 and worked for the Belgian ministry of public health. Paul later became head of the Belgian Auschwitz Foundation and received several citations for his role in the Belgian resistance.