A group of SS officers gather together for a celebration [probably in Dachau]. 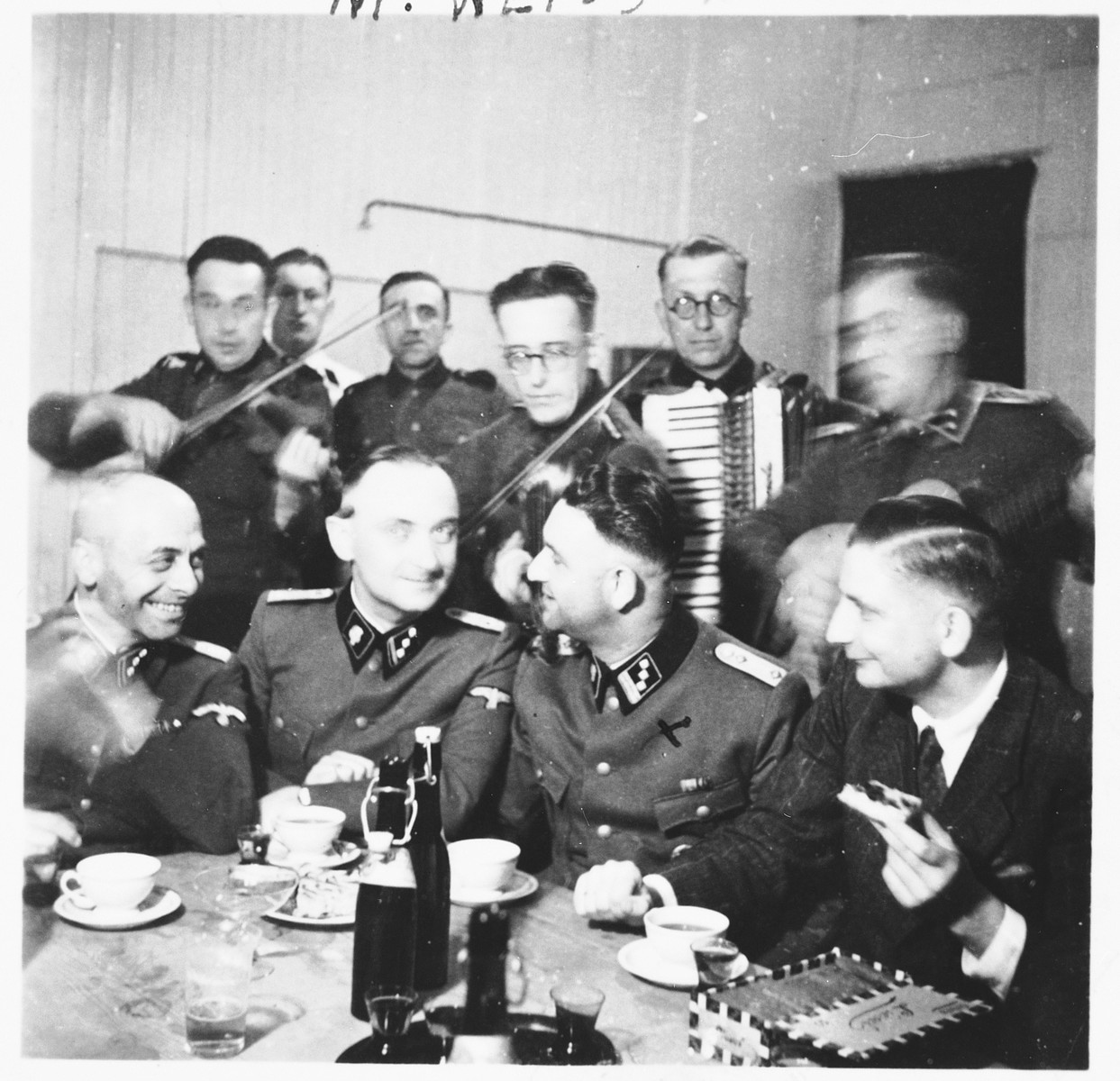 A group of SS officers gather together for a celebration [probably in Dachau].

Pictured sitting second from the right is Martin Gottfried Weiss.

Biography
Martin Gottfried Weiss served as Commandant of Neuengamme, Dachau and Majdanek concentration camps. An SS Obersturmbannfuehrer he eventually was promoted to Inspector of the Concentration Camps. In March 1945 Weiss returned to Dachau and supervised the camp during the last months of the war. As the American Seventh Army approached the camp, Weiss fled in civilian clothing. However he was captured on May 2, 1945 and tried with war crimes. The principal defendant at the Dachau trial which commenced on November 15, 1945, Weiss was convicted and hanged at Dachau on May 29, 1946.