Fritzi Gewing poses outside a building with her three sons, Walter, Heinz and Ernst. 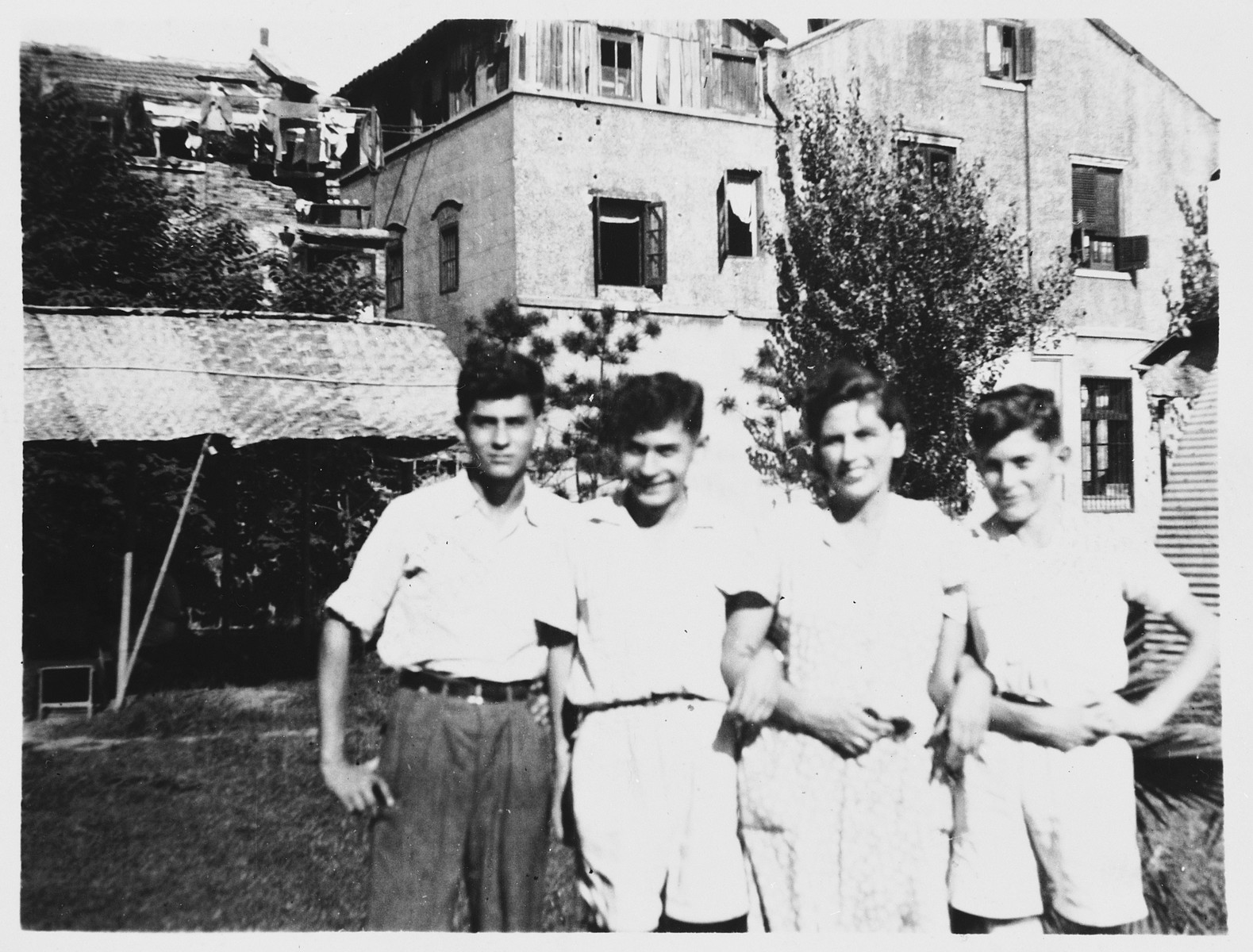 Fritzi Gewing poses outside a building with her three sons, Walter, Heinz and Ernst.

Biography
Walter Gewing is the son of Max Gewing (b. 10/4/1898, Ceska Lipa, Czechoslovakia) and Fritzi Tannenblatt Gewein. Walter was born on April 28, 1930, and his twin younger brothers, Heinz and Ernst (later Ehud) were born on October 10, 1932. The family lived in Leoben, Austria where Max owned a clothing store. In March, 1938 the Nazis annexed Austria and began antisemitic persecutions. Someone reported to police that Max had made anti-Nazi comments prior to the Anschluss. The police called him in for questioning and told him he had to leave the country within weeks. The family left for Italy and then boarded the Conte Verde for Shanghai, China. In 1941, Max's parents joined them having traveled to Asia by train via Siberia. There, Max established a Viennese style store, and Max joined the Zionist youth movement, Brit Trumpeldor. The three boys attended an English language school in the British sector. In 1943, Japanese authorities established a ghetto for all Jewish refugees in the poorer neighborhood of Hongkew Max had to sell his store, and Walter had to quit school at 14 to become an apprentice furrier. In 1948, Walter, his father, grandmother, and two brothers immigrated to the United States. His mother could not get a visa because she had tuberculosis and remained in China. In 1949 she was evacuated to Italy and died shortly thereafter.