First grade class of the Kadoori School in Shanghai. 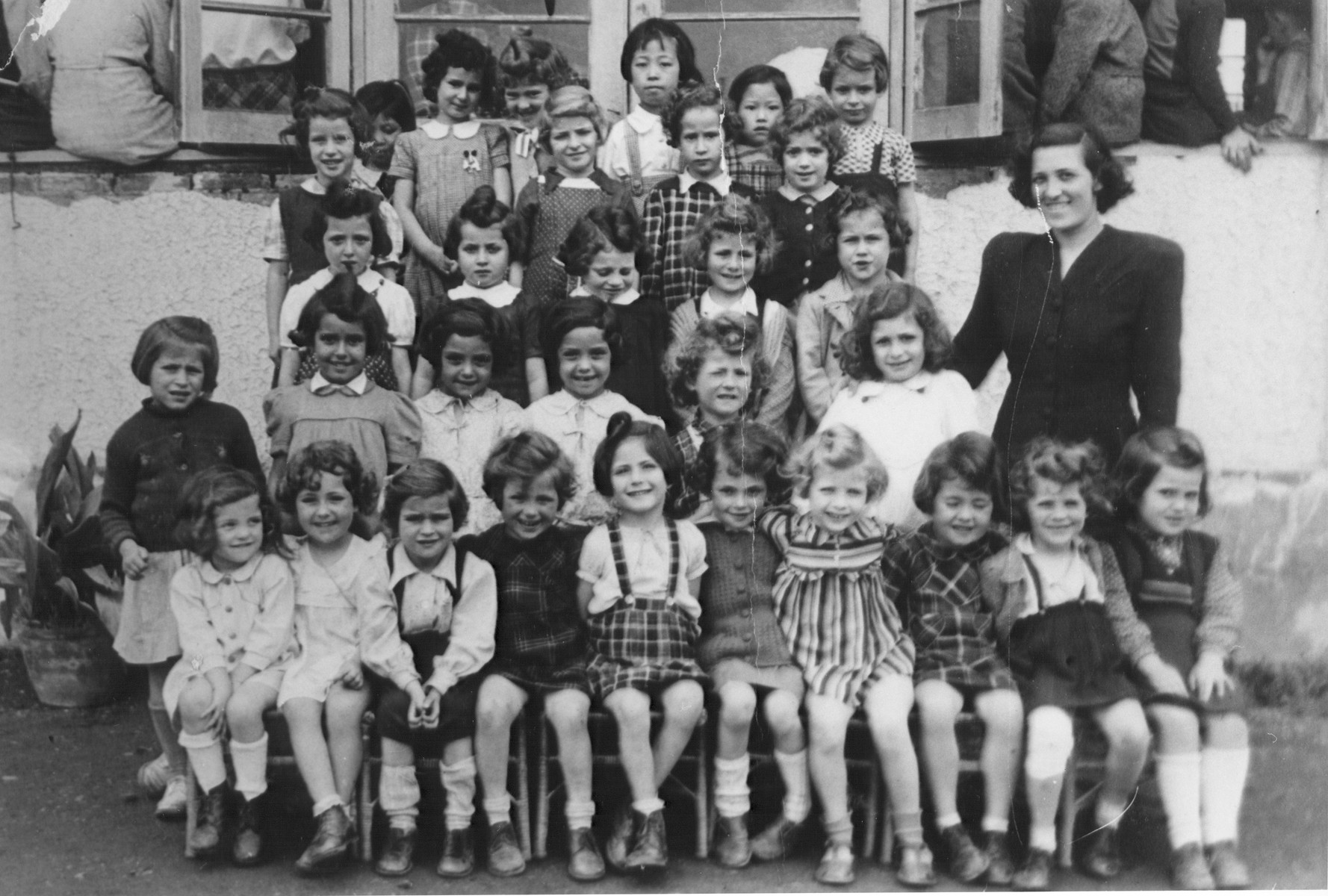 First grade class of the Kadoori School in Shanghai.

Sonja Kripps is standing on the top row at the far left. Third row (second and third from the left) are the Bayer twins. Naomi Strauss is second row, center. The teacher, standing on the right, is Felicia Lewinski.