Nathan and Hans Waksbojm pose with their rescuers, the family of Julien Leblanc. 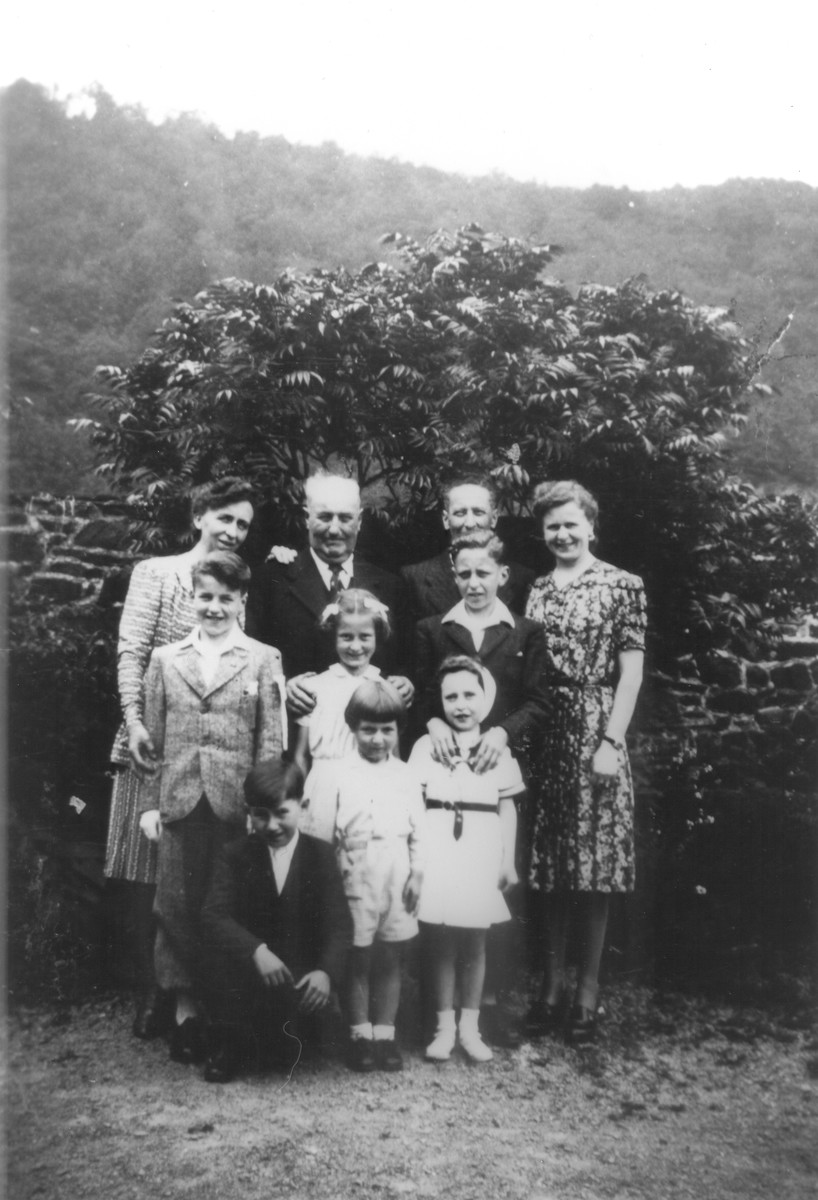 Nathan and Hans Waksbojm pose with their rescuers, the family of Julien Leblanc.

Biography
Cecilia Waksbojm is the daughter of Jankel (Jacques) Waksbojm and Ester Weintraub Waksbojm. Before the war Jankel owned a clothing factory where Ester also worked. Cecilia was born on January 1, 1944 while her parents were in hiding in Schoten, outside of Antwerp. Cecilia has two older brothers Nathan (b. 8/26/33) and Hans (b, 6/9/38). They survived the war hidden in Nouceveux-Remouchamps in the Liege province in the home of Julien Leblanc, the director of the school. They lived with him from August 1942 until September 1944. After liberation the entire family moved to Brussels.