Students at Theodore Herzl school of the Tempelhof DP camp in Berlin go for a Lag Ba'Omer outing with bows and arrows. 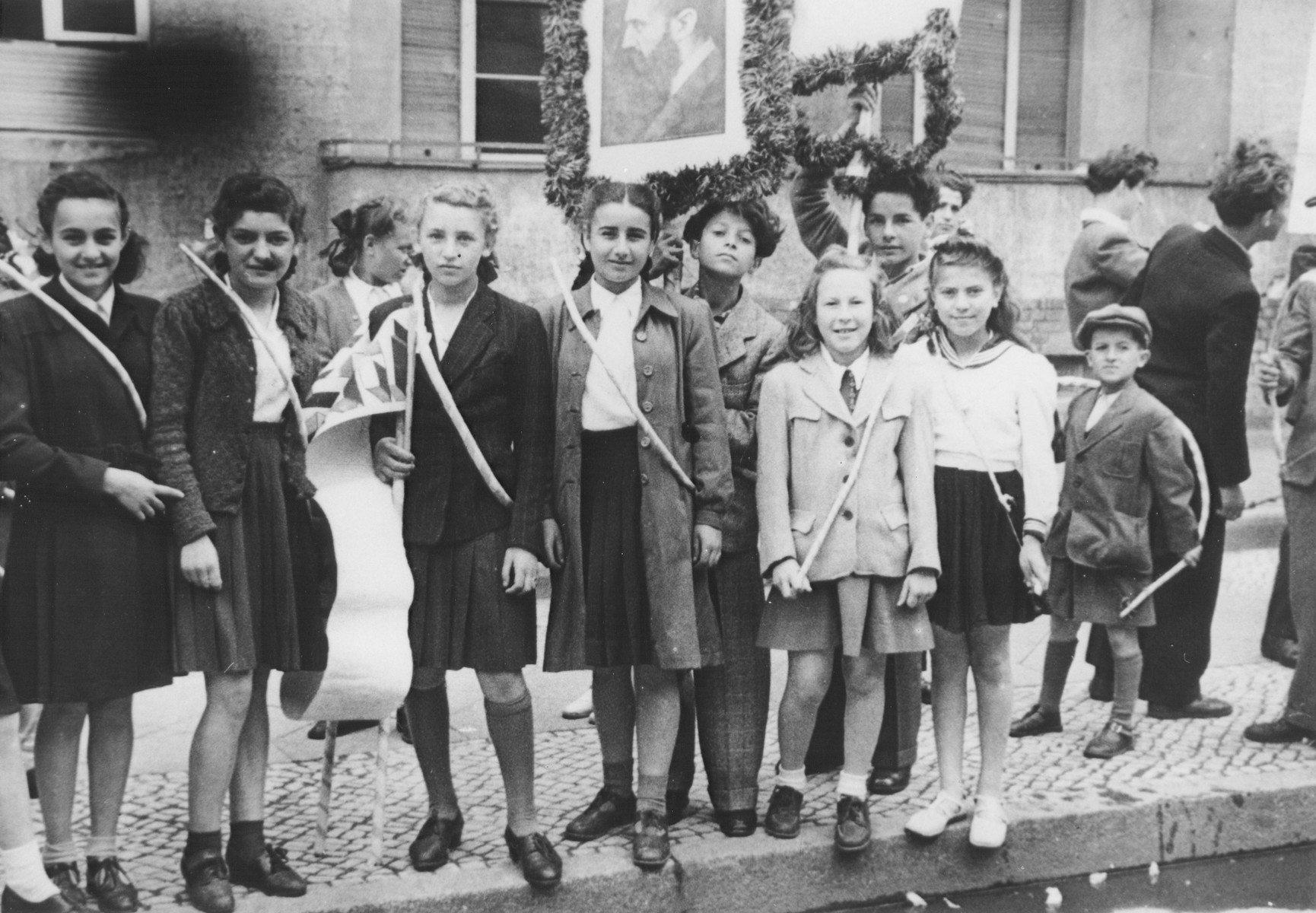 Students at Theodore Herzl school of the Tempelhof DP camp in Berlin go for a Lag Ba'Omer outing with bows and arrows.

Among those pictured is Chuma Rendler.