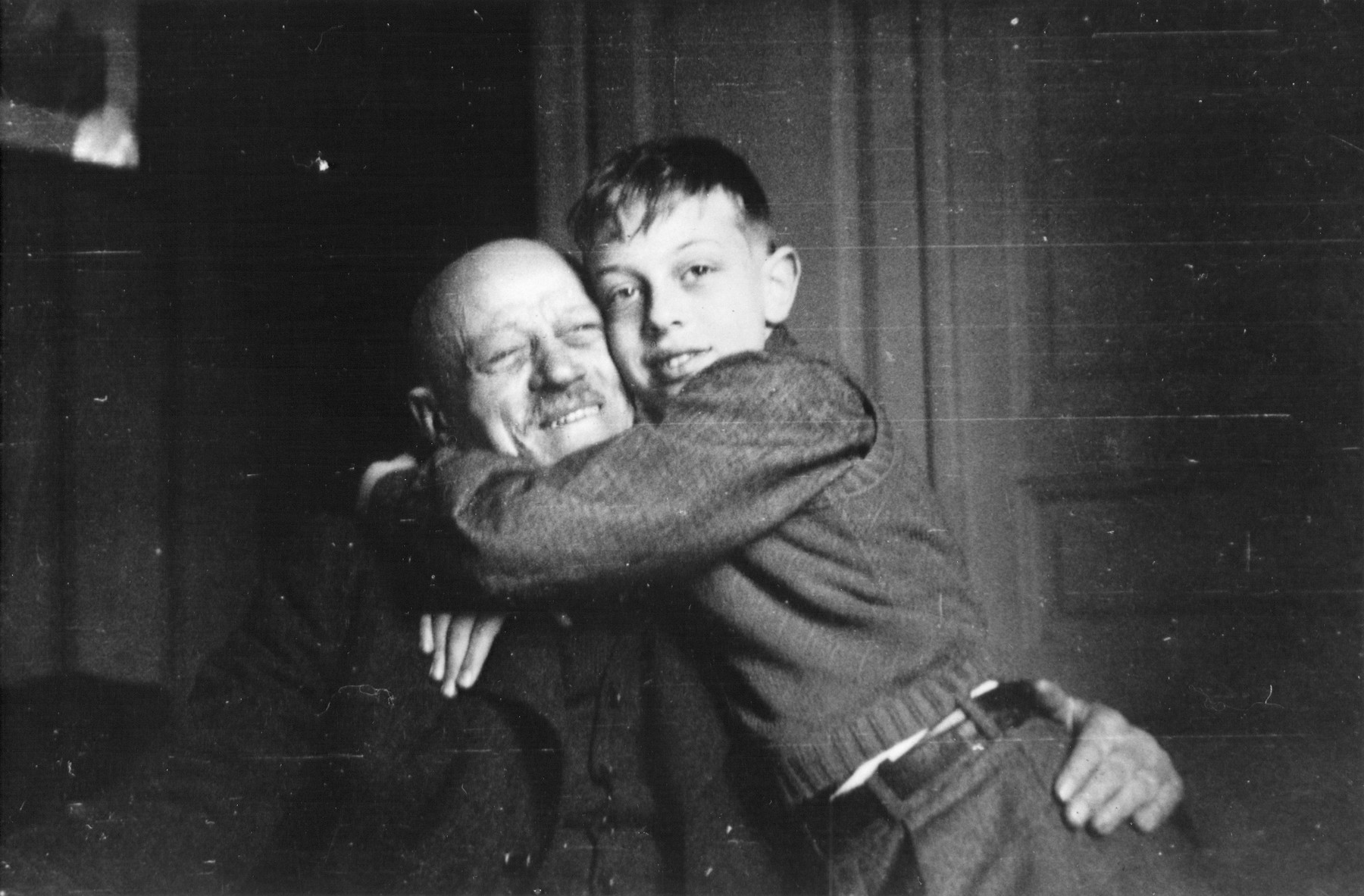 Biography
Alexander Sarel (born Olek Czoban) is the son of Abraham Alfred Czoban and Henryka Czoban. He was born on March 23, 1929 in Lvov where his father was a prominent lawyer, and his mother was a piano teacher. The family was assimilated and Polish speaking. Olek's sister Irena (later Aviva Fogelman) was born two years later in 1931. Following the German invasion of June 1941, the family moved thirteen kilometers away from their home to the nearby village of Zimna Woda. A few weeks later, a pogrom broke out in the town. Olek's grandfather decided to visit the Ukrainian Archbishop in the hope that he could persuade him to stop the rioting, but en route he was attacked and killed by the mob. After the Germans ordered the establishment of a Jewish Council in the town, Abraham served as its secretary. In August 1942, Abraham arranged for his wife and children to hide in the home of Polish friends who were former clients. He had hoped to join them later, but was arrested during the deportation Aktion of August 20. Abraham was taken to Belzec where he perished. After a while Henryka and the children had to leave their hiding place, so they joined a labor camp outside of the town. Olek and Irena worked chopping wood in the forest, and Henryka worked in the camp kitchen. On June 18, 1943, while they were out working, Olek and Irena heard rumors that Germans had entered camp and shot everyone. Among those killed was their mother Henryka. The children fled deeper into the forest, and escaped capture in the subsequent manhunt by lying in a ditch and pretending to be dead. After spending three days hiding in the forest, they dug up some money their uncle had buried and went to a nearby village. In the middle of the night, they knocked on the door of a former client of their father. He fed them and reluctantly let them spend the night, but told them they could not remain any longer. On the following day he brought the children to an abandoned hut that belonged to a local priest. Two weeks later the priest returned to his hut and was surprised to find the children. After explaining that they were Polish orphans, Olek and Irena went to a nearby farm. Since the farmer needed help with the harvest, he let them stay and work. However, after the harvest had been brought in, the farmer asked to see the children's birth certificates. Since they had no papers, the children fled to the home of the family friend who had initially hidden them. The friend helped them to obtain forged birth certificates, and suggested it would be safer if they hid separately. Irena went to Przemysl to work in a pharmacy, and Olek moved to another village and found work on the farm of a priest who also trained him to become an altar boy. After Irena came to Przemysl, she was brought to the child welfare bureau. They did not believe her story, but one woman there felt sorry for her and took her to a convent for safety. There, Irena became a devout Catholic and decided to become a nun. After Olek was liberated in spring 1944, he went to Przemysl to find Irena. Since she had not attempted to contact him, Olek feared that she had been executed. He met her there by chance, but she did not want to resume contact because she was no longer a Jew. Olek returned to Lvov and entered an orphanage, but while there Ukrainian students ganged up on the surviving Jews. Olek decided to leave Europe for Palestine, but first tried again to get his sister back. He went to the convent and threatened to reveal she was Jewish if she refused to leave. Irena returned to Lodz with Olek. and they joined Ichud, a group of Zionist youth. From Lodz the group went to the children's home in Selvino, Italy. In the summer of 1946, they attempted to illegally immigrate to Palestine aboard the Katriel Yaffe. The British intercepted the ship, and the passengers were deported to Cyprus. Following a five-month internment, Olek reached Palestine and joined the Palmach. In 1954, he married Sarah Majster from Siedlice.