Two small metal crucifixes worn by Charles Weingarten and his mother, Margarethe, while they were living in hiding in Nice during the German occupation. 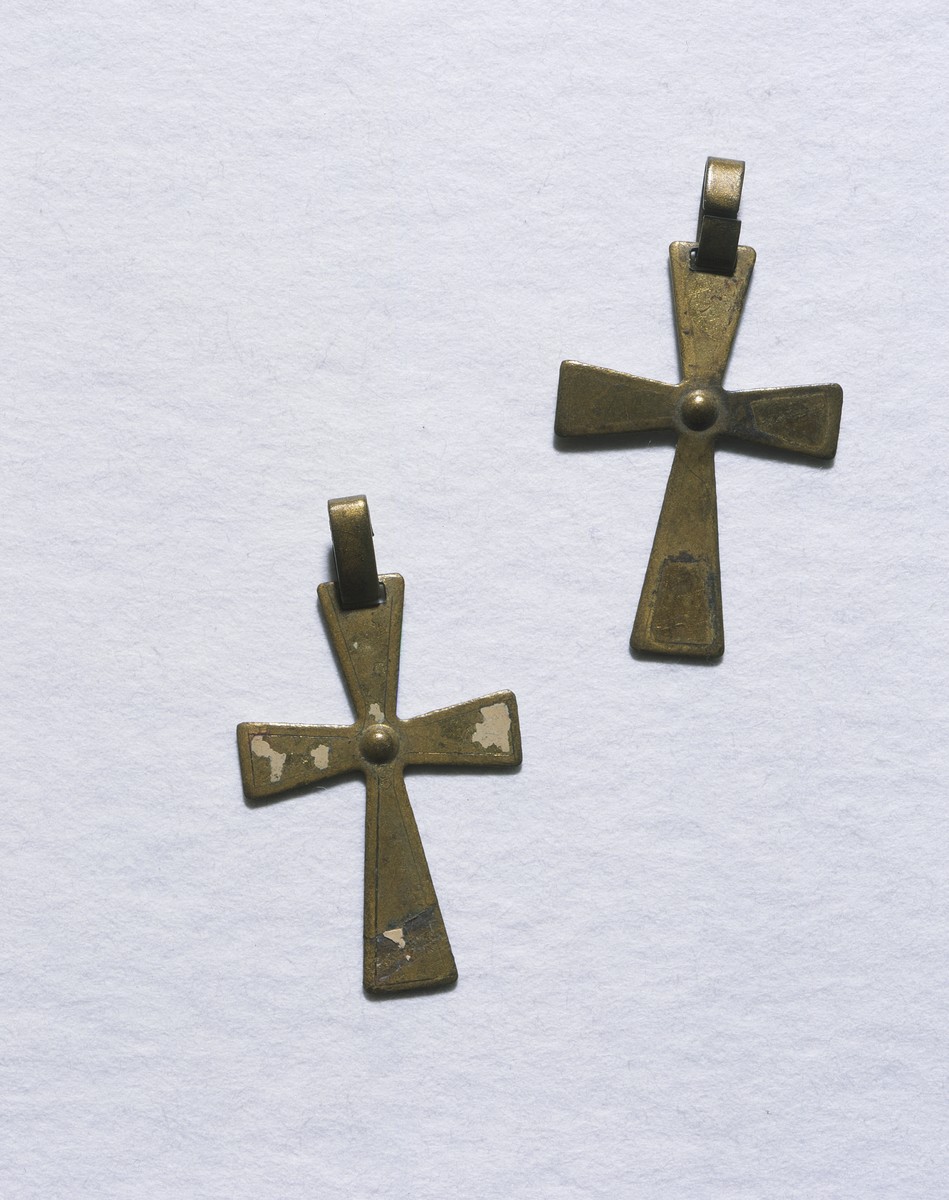 Two small metal crucifixes worn by Charles Weingarten and his mother, Margarethe, while they were living in hiding in Nice during the German occupation.

Biography
Charles Albert Weingarten is the son of Margarethe (later Marguerite) Weingarten and her second husband, Rudolph Gelb. He was born on January 13, 1941 in Nice, France. Marguerite, an actress, who was born in Leipzig, Germany, was married first to Karl Albert Foerste, who owned a fur store in Paris together with Marguerite's brother, Rudolf. Karl and Marguerite were also left-wing political activists. Shortly after the assassination of Ernst vom Rath by Herschel Grynspan, the French police arrested Karl and Marguerite and deported Karl to Germany as a way of appeasing the Germans. Karl, who was not Jewish, was later shot in Buchenwald on January 20, 1939. Before the war, most of Marguerite's relatives were living in Paris. After the German invasion in May 1940, Marguerite and her mother, Glika Chaya Weingarten, fled south on foot to Pau and from there, to Nice. There, Marguerite met Rudolf Gelb, a married Austrian Jew who had escaped from Dachau and now worked in the foreign work force. She became pregnant with his child and soon afterwards was deported to the Gurs internment camp. Glika Chaya bribed her way out, and both women returned to Nice in the Italian zone. Charles was born soon after. In 1943 when the Germans invaded the area, Marguerite hid with Charles in a basement of a building in the rue Verdi in Nice. In July 1943, Marguerite and Charles obtained false papers and moved to the grounds of a villa owned by the Matteudi family. They remained there through the end of the war Rudolf, who was a foreign worker, escaped to Switzerland, where he survived. He then returned to Austria. Marguerite earned some money by sewing canvas shoes. Still they were extremely poor and had little to eat. Charles almost starved to death and suffered from chronic bronchitis. After the war, he recuperated in a Jewish children's home in Switzerland. His grandmother survived the war hidden in the Les petits soeurs des pauvres convent in Nice. In 1947 his mother met and married Karl Ferdinand Delius, a photographer and journalist from Berlin, who became a father to Charles. After the war, Charles once visited his natural father who had divorced his wife and returned reluctantly to Austria.