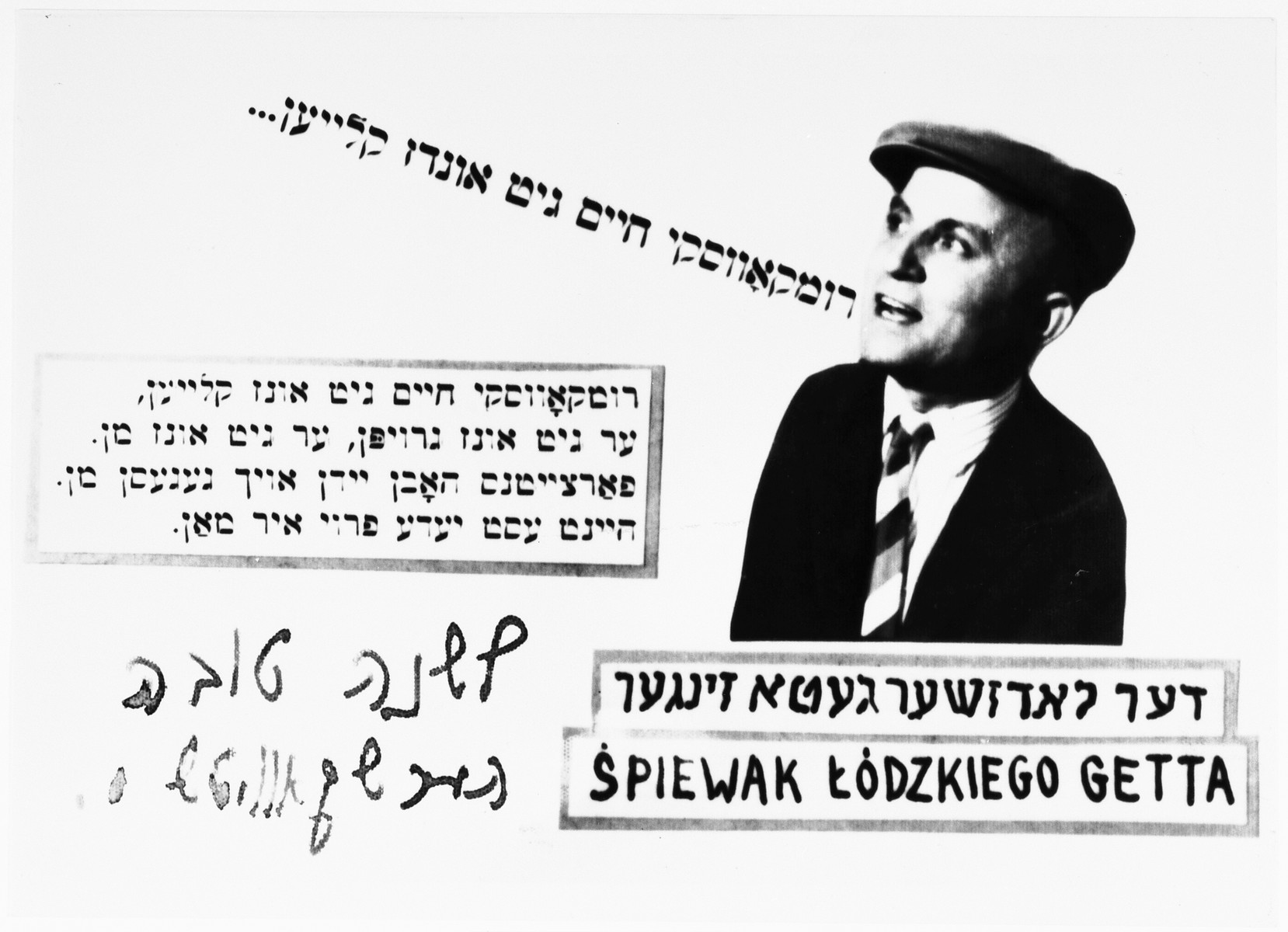 Biography
Jankiel Herszkowicz (1910-1972), Lodz ghetto singer and songwriter who chronicled life in the ghetto in a series of ballads that earned him fame and income as "Yankele, the steet singer". Born in Opatow, Poland on July 22, 1910, Herszkowicz moved with his parents to Lodz (ca 1930), where he worked as a tailor. During the German occupation he was a resident of the Lodz ghetto, where he became a popular entertainer. His best known song was "Rumkovski Khayim," a broadside aimed at the dictatorial chairman of the Lodz ghetto Jewish council, Mordechai Chaim Rumkowski, that became the unofficial anthem of the ghetto. In the summer of 1944 Herszkowicz was deported first to Auschwitz, then to a labor camp in Braunschweig, Germany, from which he was liberated on May 2, 1945. After the war he returned to Lodz where he worked at a variety of jobs and actively participated in Jewish cultural affairs. Herszkowicz was deeply anguished by the mass exodus of Jews from Poland following the antisemitic purges of the late 1960s. Increasingly isolated and insecure, yet finally unwilling to join his friends in emigration, the 61-year-old Herszkowicz ended his own life on March 7, 1972.