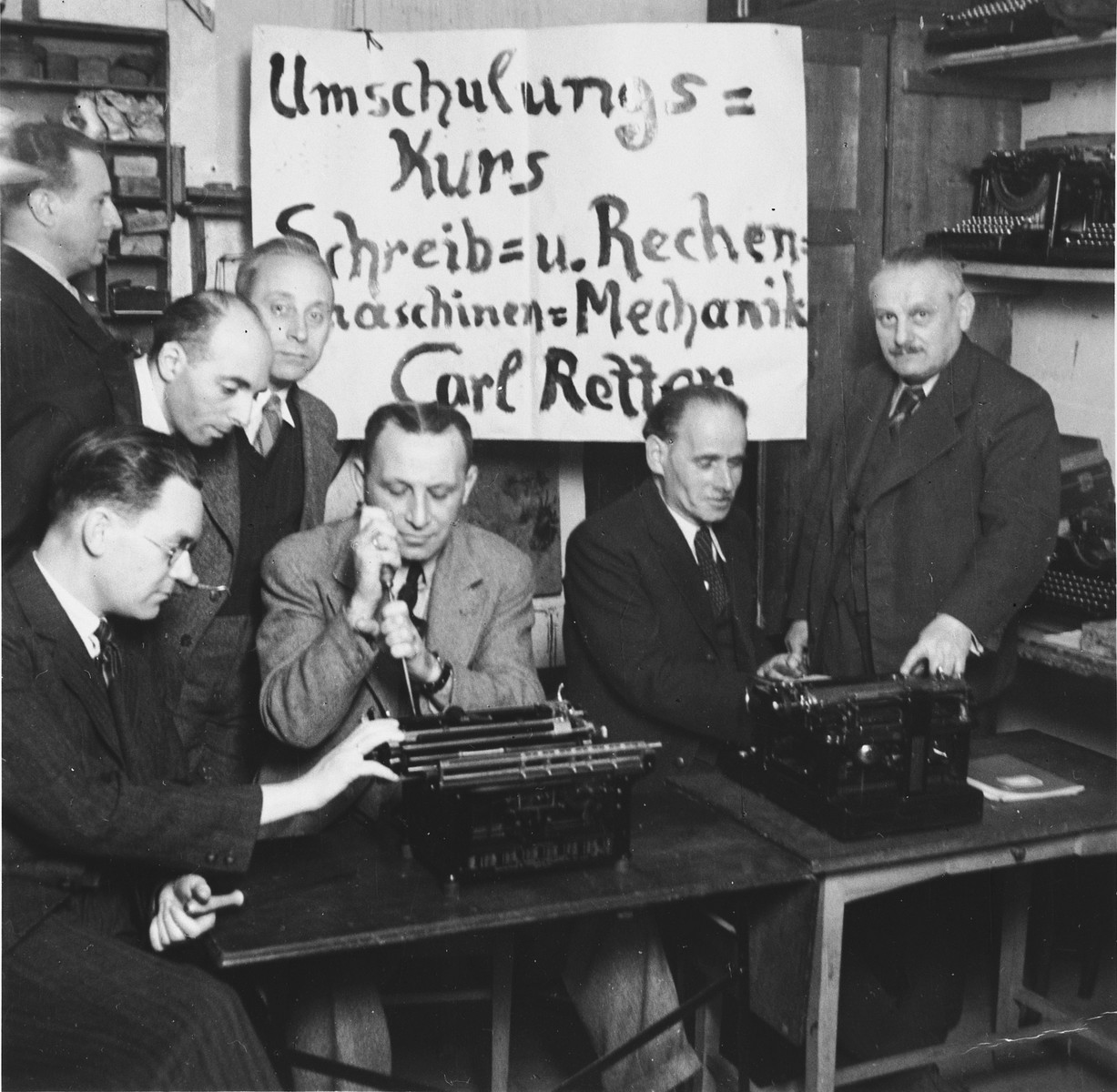 Franz Edelschein is pictured third from the left.

Biography
Franz Edelschein was the brother-in-law of Marianne Roman. He was a journalist by training but studied typewriter repair to increase his chances of emigration. He succeeded in going to France, and from there he went to Italy. In February 1944 he was arrested while trying to cross the border into Switzerland. He then perished in the Holocaust.