A wooden box of dominoes given to Olga Kirschenbaum as a St. Nicholas Day gift while she was in hiding. 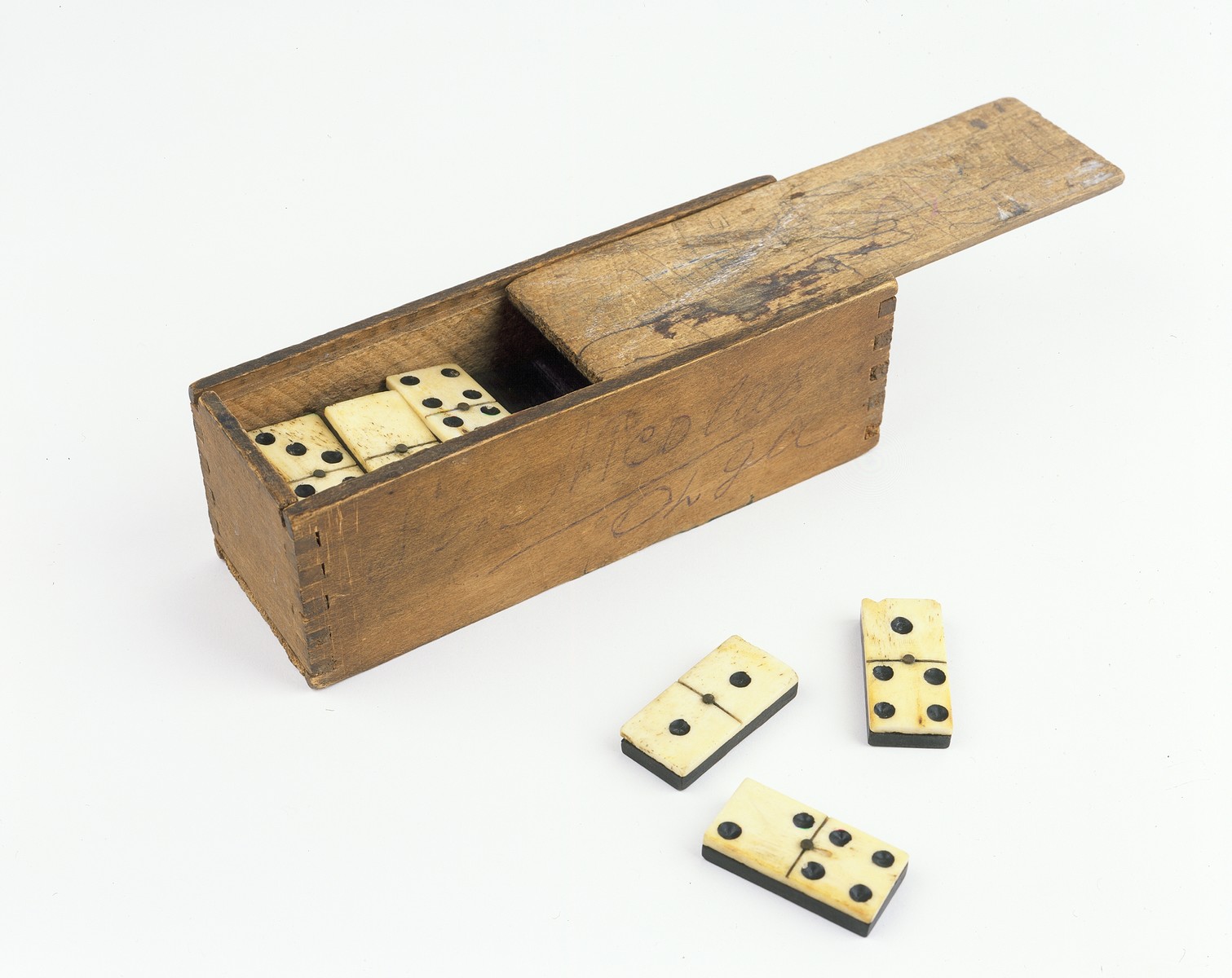 A wooden box of dominoes given to Olga Kirschenbaum as a St. Nicholas Day gift while she was in hiding.

Biography
Olga Weiss (born Olga Kirschenbaum) is the daughter of Regina (Goldstein) and Yankiel Kirschenbaum. She was born May 26, 1936 in Antwerp but grew up in Brussels. During World War II Olga was hidden with her parents in a small apartment within a bungalow in the town of Rhodes St. Genese, outside of Brussels. The family was waiting for assistance to be smuggled into Switzerland. Olga's father became suspicious when their guide was late, and so the family passed that evening in a garage behind the house. The next morning they fled. In fact, the guide had denounced them and the Gestapo came to search their home. Because the family had false papers, they were able to find refuge in Rhodes, where they passed as non-Jews until the end of the war. Since Yankiel looked so Semitic, he stayed hidden indoors for the last two years of the war, while Regina did the food shopping and Olga attended Catholic school.